Where To Catch The Best Views of Auckland's Skyline 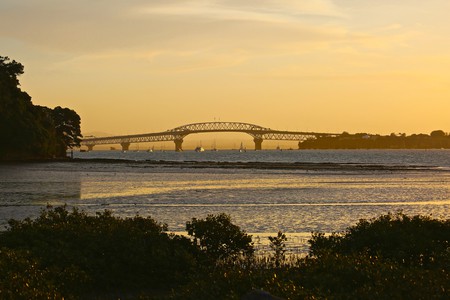 Auckland is well-known for being New Zealand’s main and bustling metropolis with over 1,000,000 people calling the city and the surrounding area home. But this is also a city in which it is possible to take in some truly breathtaking views. Here are our top 10 spots to do so.

The combination of a 50-metre deep crater and 360-degree views of the Auckland region make Mount Eden a popular sightseeing spot. Combine this with the fact that it is a protected archaeological site, you can see why so many tourists flock here – especially in the summer months. 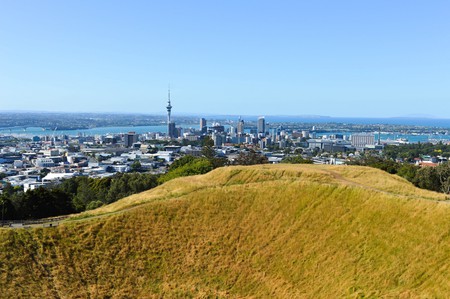 The Sky Tower is perhaps the most recognisable and iconic building to be found in the whole of New Zealand. Due to its height it – unsurprisingly – supplies visitors with some of the best views of the central city. What’s quite incredible is just how many Aucklanders have never actually utilised this fantastic building to gain a bird’s vantage point of the place they call home. There are numerous ways in which you can soak in said panoramas. You can get a table at one of the restaurants inside the structure and take it all in whilst you’re at the trough; head to the Skydeck and stand on the disturbingly clear reinforced plastic floor; or – for those with an overzealous appetite for adrenaline – hurl yourself off the tower on a safety line.

If you want to get a sense of how the city of Auckland fits together, this is the place to go. Get there by driving, walking or cycling up from Cornwall Park and then stay a while for some truly epic views. With the Waitakeres to the west, the harbour and central city, and views out to the east of Mount Wellington and south Auckland, you really do get a taste for the layout of this sprawling mass that you’ll never get sat in your car and cruising the highway. 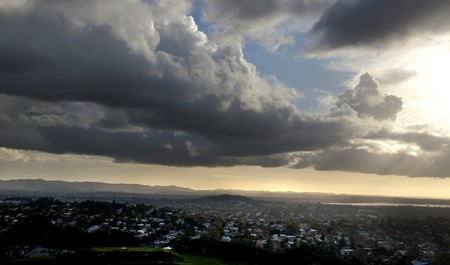 The view from One Tree Hill | © Bernard Spragg.NZ / Flickr

Rangitoto Island – a 5.5 kilometre-wide volcanic island that stands at 260 metres – has a 45-minute trek to the summit, but will reward you with great views of the city of Auckland and the Hauraki Gulf. A ferry service from the downtown terminal offers twice daily 35-minute trips to the island, which makes getting here all the simpler. Make the most of a good day and take a walk. It’s a great way to get your daily exercise in. 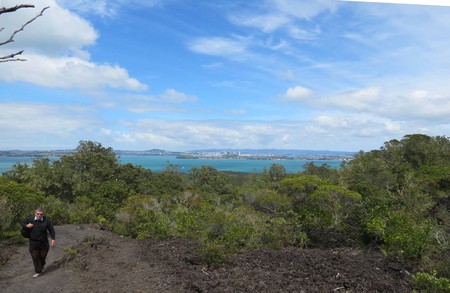 Grab yourself a beverage and pull up a chair because this bar is definitely home to one of the best views in Auckland. This viewing platform is definitely not as hair-raising as, say, the Harbour Bridge or the Sky Tower, but it does come with a host of its own merits for all that. The primary perk of this viewing platform is that it is a highly recognised cocktail bar and serves up some of their libations by the bottle for ease of quaffing. This could be the perfect place to steady the nerves after a more strenuous and heart-pounding lookout experience. 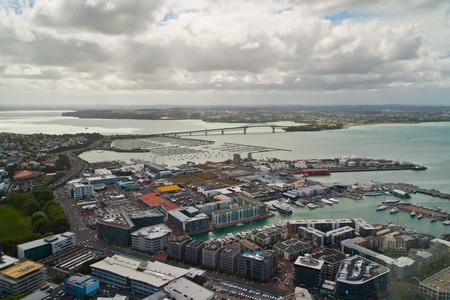 This is an oldy but a goody, as Kiwis are fond of saying. It gives you a very unique perspective of central Auckland, indeed it does. However, getting to the viewing platform might put a few people off. You have to gear up, sign up with a guide who knows just what the heck they are doing, and then trek up the bridge (don’t worry you’re connected to a safety line) and stand above the traffic to take in the exceptional view – conscious the whole time that you’re a fair height above the river. 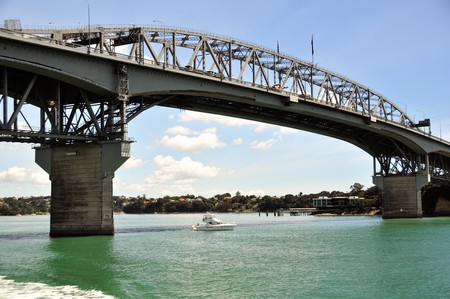 Whether you fancy a sneaky day trip out of the city on the spur of the moment, or you’re heading off to Waiheke Island for a pre-planned weekend break, the distant views of the city won’t fail to delight you. It’s a nice vista no matter how you look at it, but seeing the bustling (but silent from this far out) metropolis in the distance can’t help but reinforce just how far removed from it you are, on this lovely island. Waiheke is one of the most popular wedding venues in the country, thanks to its particularly clement weather and handy vicinity to some corking vineyards. 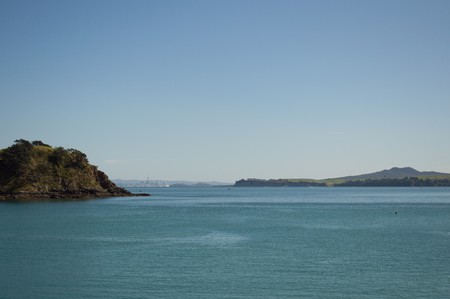 View back to Auckland from Waiheke | © David Schmitz / Flickr

Piha is Auckland’s favourite beach. It’s so popular and so famous in this part of the world in fact, that it has its own television program, Piha Rescue. If you don’t want to run the risk of becoming an unwitting star of the show and simply want to take in some pretty exceptional views that aren’t of the city, then here is the place to do it. Yes, it might not be the city skyline, but this view is still very much, and uniquely, Auckland.

It's not Auckland city skyline, but it's still an Auckland skyline | © Tom Hall / Flickr

Cable Bay Vineyard is the kind of place we wouldn’t mind spending a sunny afternoon at, a glass of vino in one hand, a forkful of mouth-watering food in the other, all the while looking out at the gorgeous harbour. There’ some epic food to be eaten here. The wine too, obviously, is a massive draw. So if you’re someone who likes to treat their taste buds to a hell of a weekend every now and again, then this is the place to come. Oh, and to top it off, the panoramas from here really are top-notch. 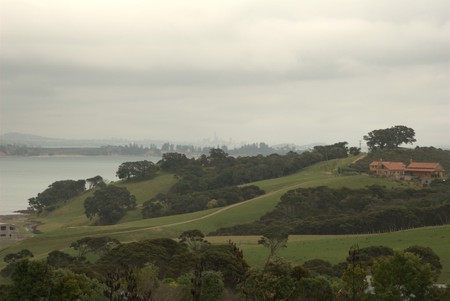 Devonport also has two volcanic peaks where you get some sensational views across the water to the metropolis. At the top of the High street, take the 15-minute steep walk or drive and park at the summit of Mount Victoria to enjoy panoramic views of Auckland City, the Hauraki Gulf, Rangitoto Island, and the North Shore. You’ll also find some stunning period houses in this neck of the woods, so if you’re in the market for a new home then this is a sensational place to live. 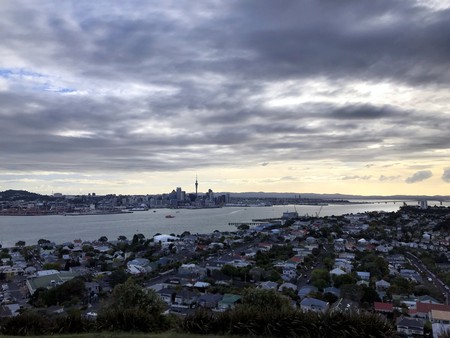 The view from Mount Victoria, Devonport | © Bex Walton / Flickr
Give us feedback