The Ultimate Guide to Māori Tattoos

The art of Kiri Tuhi (arms and body) and Ta Moko (face and head) tattooing stretches back to when the Polynesians first introduced the practice to the Maori people. Since then it has been considered very sacred and surrounded in ceremony. Even now, in an age in which tattooing is extremely commonplace in our society, among many Maori it is still a very significant part of their cultural identity, and very important aspect of their growing up – a rite of passage.

The Maori people always considered the head the most sacred part of the body, so naturally this used to be the most common area to be tattooed. Traditionally, the men would cover their whole faces, whereas the women would tattoo only their chins, lips and nostrils. These “mokos” weren’t purely decorative, they were added as each person grew up, gained more prestige and power, defeated enemies and grew in rank among the tribe or community.

“Tohunga ta moko” was the name given to the Maori tattooist. He was a man or woman greatly respected in the tribe or community; a prominent figure who was considered “tapu”, which is to say sacred and revered. They would usually use a chisel – an “uhi” – made from either sharpened bone, sharp stone or a shark’s tooth. There were two ways in which the tohunga ta moko would then perform tattooing. Each way was sure to be about as far removed from enjoyable as a camel is from hygiene. The first technique was to dip the uhi into the pigment, place the uhi on the skin and then strike it with a mallet to incise the skin. Tattooing this way left the skin grooved after it had heeled, as opposed to smooth like tattooing with a modern needle. The other way, which sounded less pleasant, was to make deep incisions in the skin, dip the chisel into the pigment – black being made of burnt wood – and then tap the chisel into the fresh cuts. Sounds ticklish to say the least. This was all part of growing up as a young Maori though, and through the whole process the person getting tattooed was expected to not make a sound. 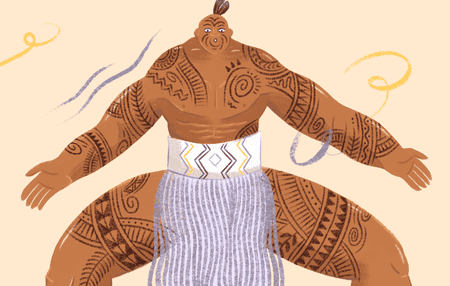 Back in the day, tattoos signified a particular tribe that someone may have been a part of, and where they stood in that tribe. Nowadays, there are a number of legitimate elements that can be included in a Maori tattoo. They might be your family, career path, prosperity, strength (both physical and mental) or where and how far you have travelled.

When it comes to the actual design of the tattoos there are a number of essential elements that they consist of.

These are basically main outlining lines of the tattoo. The word “manuah” translates to “heart”. These lines are representative not so much of your physical heart, but of your life and your life’s journey and how you’ve spent or intend to spend your life on earth.

Branching off the manuah lines are the korus. The koru is a common symbol in Maori history as well as in modern New Zealand. It depicts the unfurling of a baby-shoot of the New Zealand silver fern – a symbol of the country that can be seen, for example, on the shirts of The All Blacks. In art it signifies new life, new beginnings and the unfurling of somebody’s life’s path. Each koru placed into a tattoo symbolises a loved one, a father, grandmother, siblings etc.

When you see someone’s tattoo up close, it becomes apparent just how intricate and detailed they are. You also realise that there are a number of different patterns – these patterns once again aren’t solely decorative, they have different meanings.

This is symbolic of courage and strength, and more distantly of battles and warriors. It represents a dog skin cloak.

A design that represents the region of Taranaki, as well as general prosperity. It evokes the tail of a mackerel. 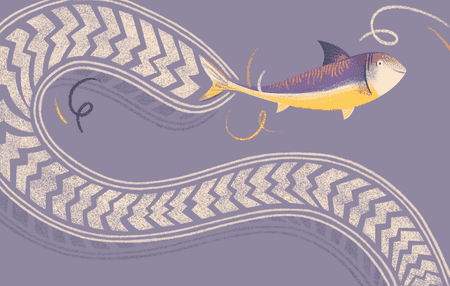 A common one for all those successful Maori and Islander rugby players, this design is indicative of athletic prowess and rising to meet a new challenge. 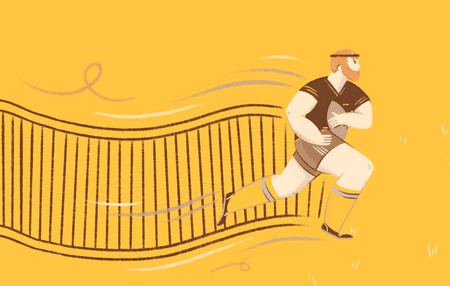 So, next time you’re sharing a couple of beers over a hāngi with a Maori mate, ask to take a closer gander at his tattoos and see if you can see what they depict. You might blow them away with your insight.