Top Things To See and Do in Mission Bay, Auckland 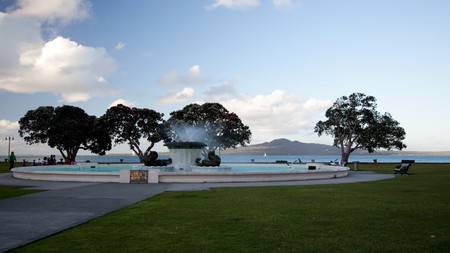 Mission Bay is an idyllic suburb about a 20-minute drive out of central Auckland. You wouldn’t realise that you’re that short a journey from the centre of New Zealand’s biggest city. Delve into Culture Trip’s guide to making the most out of your time in the relaxed suburb of Mission Bay, Auckland.

Take a Stroll from the City

There is an excellent walkway along Auckland’s famous harbour. There is so much to see, from giant container ships to little kayaks. Take your swim gear with you for a quick dip before lunch. Rent a pair of roller blades or a bike and compete the trip in half the time. Not that it’ll take you too long to walk the 6.5-kilometre (4-mile) walk anyway. 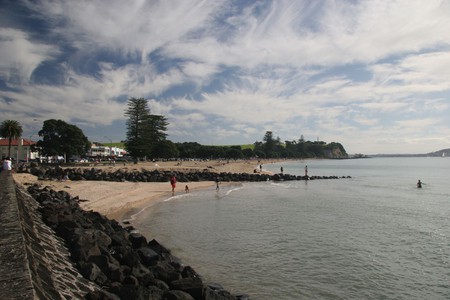 A healthy stroll punctuated by a good dip | © wonderferret / Flickr

If you’re pushing along like a person on a mission, the entire walk will take you about an hour and a half. However, you’re in New Zealand, mate, so just relax. Take the time to stroll along and look around you. As you leave the city, you’ll find the frantic pace slip away and by the time you find yourself in Mission Bay, you’ll be ready to enjoy a nice frosty beer at one of the numerous cafes or restaurants that look over the ocean and Rangitoto. 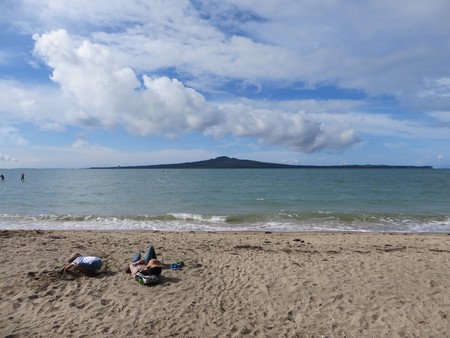 If you’re after something to do when the sun is shining and the sea is calm then head to Bastion Point. The gardens are stunning, with incredible views of Auckland and Rangitoto, and you’ll also get a healthy dose of culture whilst you learn about this area’s turbulent past. 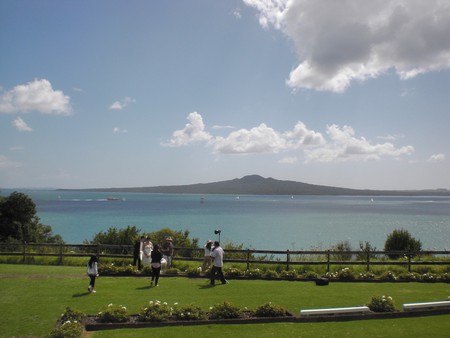 Bastion Point with Rangitoto in the background | © Gord Webster / Flickr

Catch a Flick at Berkeley Cinemas

Berkeley offers everything that you want in a local beachside cinema. Although Berkeley is run by a nationwide company, you would never guess it. It’s small and intimate, and whilst it shows the latest movies, it also plays a variety of independent films that wouldn’t get the time of day in the bigger cinemas in Auckland central. 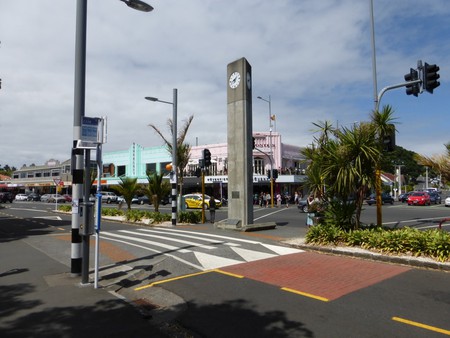 The cinema is right on the main street. | © cheleguanaco / Flickr

Only a short walk from Mission Bay is the brilliant Kelly Tarlton’s, a great place to go with the family — especially with the kids. The museum has information about explorers, a range of areas to view sea life and interactive games for the whole family to enjoy. However, the stars of the aquarium are the undoubtedly the penguins. You can sit and watch these little guys running about for hours. Although it’s not the world’s biggest aquarium, there’s still plenty to do. It’s probably best to try and walk there from Mission Bay, as parking can be a bit of an issue. It isn’t far though, and if you have young kids, a long walk has the added benefit of tiring them out even more than all the walking around the museum!

Grab a Feed at One of Mission Bay’s Great Restaurants 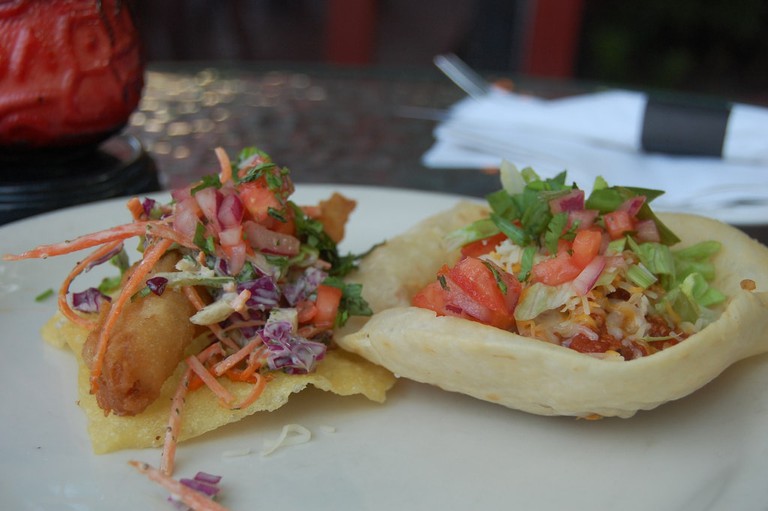 Lunch time tacos | Lunch time tacos
If you’re in the mood for authentic Mexican cuisine, Dos Amigos Cantina offers fresh Mexican food with an affordable price tag. After offering complimentary chips and dip to diners, Dos Amigos Cantina follows with huge portions that will not disappoint. The lively atmosphere makes it an ideal place to bring friends for a festive celebration or a casual dinner. The venue hosts popular themed evenings such as Chili Night Thursday and Sangria Sunday. Make sure to check their website for all the daily specials.
Open In Google Maps
93 Tamaki Drive, Mision Bay, New Zealand
+6495287494
Visit Website
Give us feedback 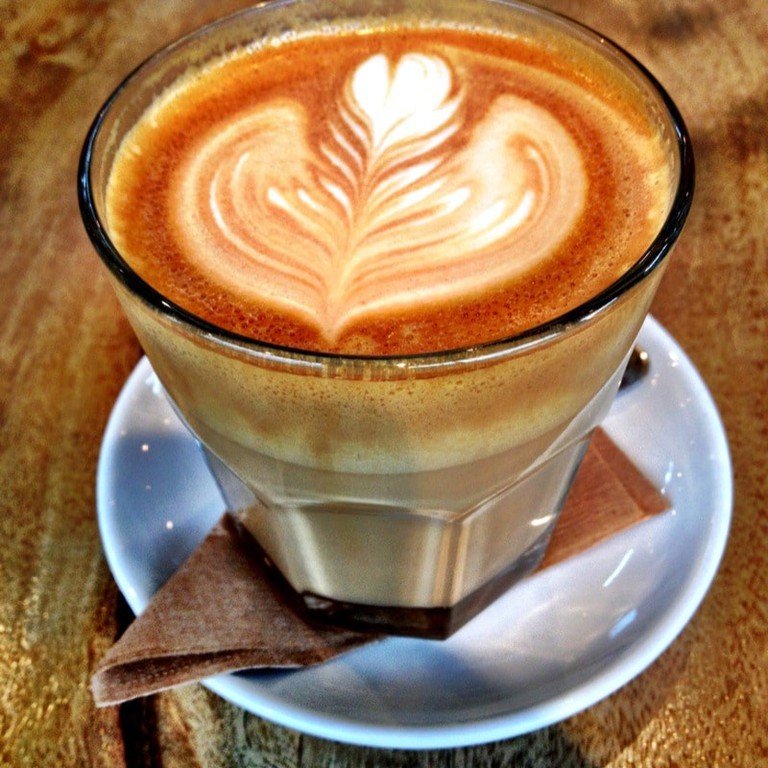 Bald Eagle Diner is probably the most distinctive cafe on our list, and the most fun too. This establishment is based on American diners from the 1950s. It was a time of milkshakes, waffles and Philly cheesesteaks, and that is just what the guys and girls at Bald Eagle Diner have set out to recreate. The rock’n’roll is cranking on the sound system, the decorations are shiny and bright and the food and drinks are delicious. Come in and grab a late coffee to wash down your chicken and waffles that you just have to try as a brunch-time treat. 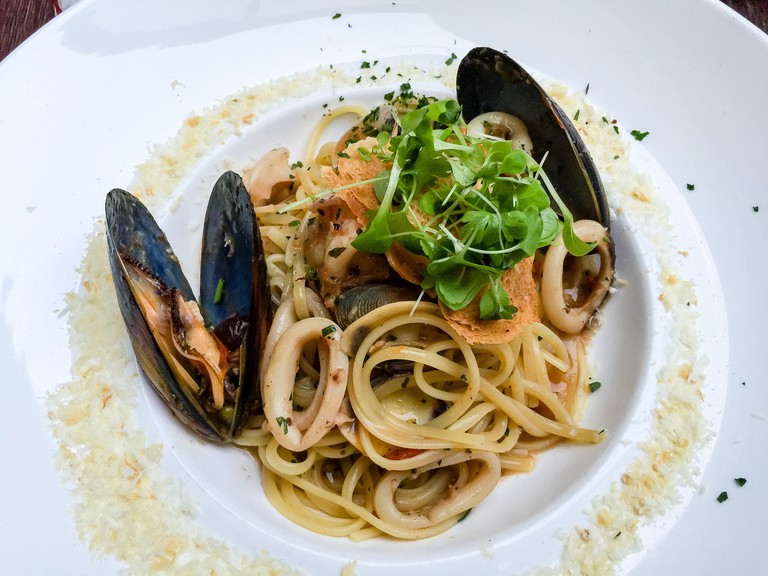 Seafood linguine is hard to beat. | Seafood linguine is hard to beat.
Serving simple yet delicious Italian fare is exactly what Andrea Ristorante Italiano strives to do. For dinner with a beautiful view, there’s no place better than this restaurant. Boasting a stunning outlook across Mission Bay, and using only the freshest of ingredients, diners can sit back with a scrumptious dish here and soak in the incredible New Zealand landscape. From pizza to pasta to burgers, this restaurant has it all. Andrea Ristorante Italiano also offers ‘do your own dinner’ cooking classes, perfect for diners seeking more than just your average meal.
Open In Google Maps
97 Tamaki Drive, Mission Bay, New Zealand
+6495285398
Visit Website
Give us feedback

One of the main things to do in Mission Bay is… nothing. That’s right, just head down to the beach and revel in the luxury of not doing much at all. Looking over the water and seeing the city only seven or so kilometres (about four miles) away and knowing that over there, thousands of people are working whilst you’re loafing around on the beach, can be a satisfying feeling. 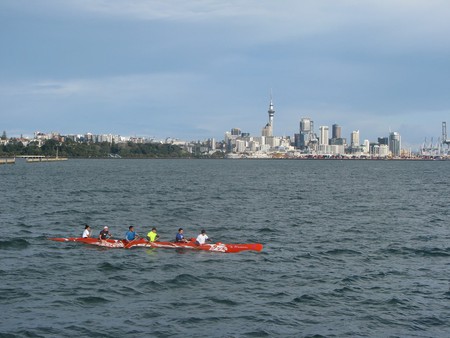 One of the great aspects of Mission Bay is that you can lounge all day on the beach — sporadically heading into the ocean to take cooling dips before coming back out again to sunbathe — but if you want to head into Auckland city in the evening, you can take a leisurely walk along the coast and end up on Queen Street, or just catch a cab. You get the best of both worlds, depending on what you’re looking for: the city or the beach vibes that come with a resort area. You also get an unparalleled view of Rangitoto from your sandy vantage point. 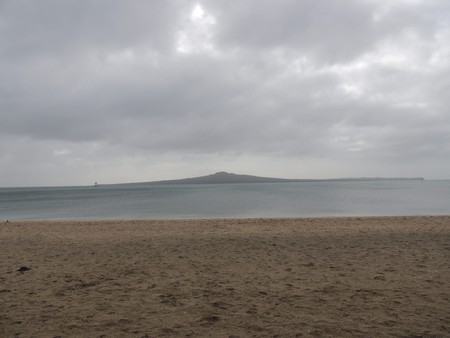 The view of Rangitoto from Mission Bay | © Jennifer Whiting / Flickr

However, due to the area’s convenience to the city, you’ll find that it can get busy on lovely days during the summer. Don’t let that put you off though; just make sure you get there early in the morning for a swim and a chill, then get out of the punishing sun during the middle of the day, before heading back during the more forgiving afternoon. 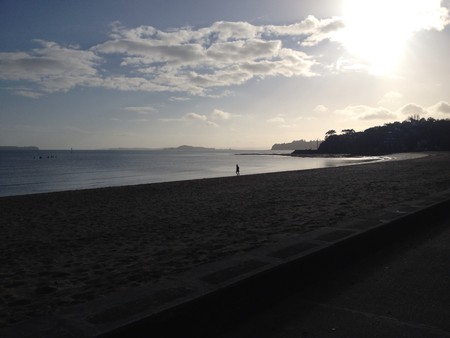 The quiet time of day is one of the best times at Mission Bay. | © Brain Lamb / Flickr
Give us feedback