Top Things To Do in Nelson, New Zealand, for Adventure Seekers 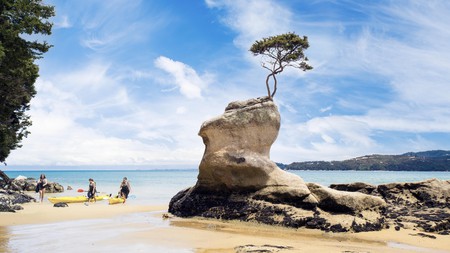 Pristine beaches, indigenous forests and clear freshwater lakes are just some of the natural wonders that can be explored in the Nelson Tasman region. All within a two-hour drive from Nelson city, Abel Tasman, Kahurangi and Nelson Lakes National Parks are easy to access for those seeking a wilderness adventure. Whether on a tight budget or with a bit of extra money for a guided tour, all of these national parks in the Nelson Tasman region offer visitors an opportunity to be inspired by nature in all its perfectly designed, untouched splendour.

Swim at pristine beaches in the Abel Tasman National Park

The Abel Tasman National Park is New Zealand’s smallest national park. Located at the northern tip of the South Island, the park has several bays that can be accessed on foot, via water taxi or by sea kayak. For visitors on a budget, drive to Marahau from Nelson and enter the park on foot to explore the southern section of the park. If visiting for the day, the walk to Stillwell Bay and back is possible. The main path is wide and mostly flat. Make sure to venture off the side paths down to Apple Tree bay or Coquille Bay for a swim in the Tasman Sea.

The northern sections of the park can also be reached by water taxi, which departs from nearby Kaiteriteri. The park can also be explored in the water on a sea kayak where it is possible to access bays that can’t be reached on foot. Abel Tasman Eco Tours offers visitors a chance to experience “restorative tourism” says owner Stewart Robertson. “Our clients will join an expert conservation ecologist. We are the only one in the park not constrained to a time table, so we follow the tides to get to the most stunning places available on the day.” 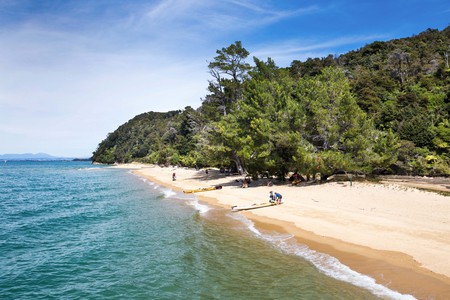 The Nelson Lakes National Park, a one- to two-hour drive from Nelson, is where the Southern Alps begin. Along with dramatic mountains and indigenous forest, the park is home to several lakes, the largest being Lake Rotorua and Lake Rotoiti. For a day visit, visit Lake Rotoiti and hit the trail along the lakeshore.

For a longer visit at Lake Rotoiti, try the Upper Loop track, which ventures through a forest of red, silver and mountain beech trees. There are camping huts in the park for those who want to explore further. Before setting out, make sure to stop in at the visitor centre and plan according to the weather conditions. Higher sections of the park can be dangerous in high winds. Alternatively, book a guided hike with a knowledgable tour operator in the area. 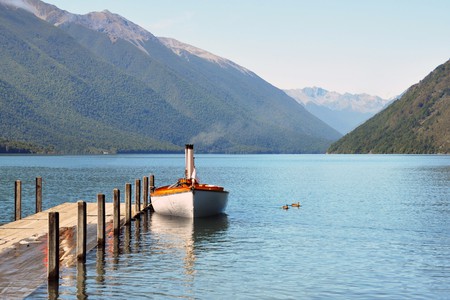 This is New Zealand’s second-largest national park and is home to alpine forests, tidal inlets and natural scenery so spectacular that it was one of the locations for the Lord of the Rings film series. Different sections of the park can be reached from gateway towns Motueka and Takaka. Day visitors can summit Mt Arthur from the Flora Car Park, just over an hour’s drive from Nelson city. 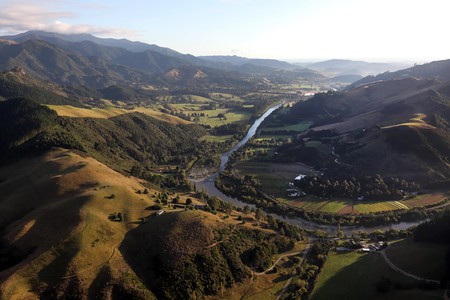 Mt Arthur is an iconic mountain that can be seen from Nelson city. At more than 1,700 meters (5,890 feet) tall, the high peaks of it are still capped with snow right up until late spring. The track from the car park to Mt Arthur Hut is 4.2 kilometres (2.6 miles) and from the hut to the summit is another 5km (3.1mi). The Department of Conservation strongly encourages anyone attempting this hike to be well prepared as there is no water on this track. Warm and waterproof clothing should be carried at all times due to weather changes as the route is quite exposed.