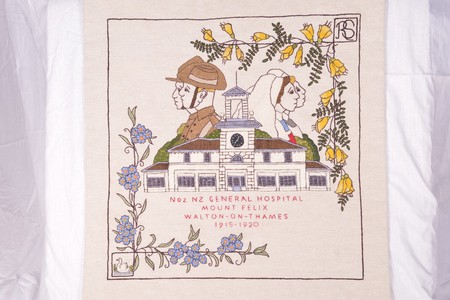 During the First World War, a small British town not too far away from London became a place of medical solstice for New Zealand’s ANZAC soldiers. Now, more than a century after the war, a remarkable community tapestry project is bringing a whole new life to the first hospital in the UK dedicated to the care of the fallen Kiwi soldiers.

The Mount Felix Tapestry draws upon real-life stories of nurses, doctors, ANZAC troops and local townspeople who passed through Mount Felix Hospital at the Walton-On-Thames. Over a period of two years, starting from April 2015 and concluding April 2017, a fleet of 603 volunteer stitchers joined forces to bring a total of 44 tapestry panels to life – all in the hopes of capturing a piece of history many in New Zealand and Walton-On-Thames alike might not have known about previously. 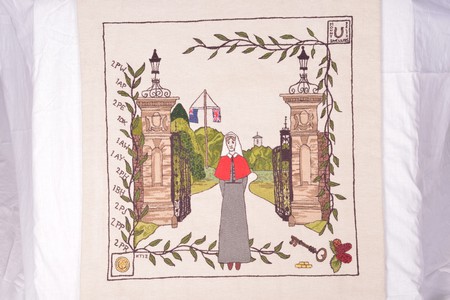 Mount Felix Hospital itself has long perished – its building was set on fire in the 1960s. Emily Boulting, the Director of the Riverhouse Barn Arts Centre, was fascinated by the story of the Mount Felix Hospital when she first heard it in 2013. Upon speaking with local residents, she was surprised to find out how little the community seemed to know about their wartime history. Many had no idea that 27,000 wounded New Zealand soldiers had been treated in the local hospital during the war, and some simply never knew key places like the main ‘New Zealand Avenue’ or ‘The Kiwi’ pub were named as such because of the town’s Kiwi-English connection.

Scottish artist Andrew Crummy was put in charge of the tapestry’s design. Before taking on the project, Crummy had been involved in creating a community tapestry showcasing the story of the Scottish Battle of the Prestonpans. His depiction of Walton’s ANZAC past was made possible thanks to the historic military records and photographic archives at their disposal. 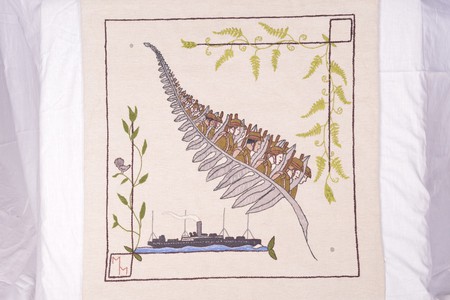 Each completed panel tells a different story. Some depict the hospital’s daily activities, others offer a glimpse of the war recruitment process both in New Zealand and in Walton-on-Thames, and a handful provide an illustrative account of life pre-, during- and post-war in the township.

The tapestry’s title panel offers a glimpse of the last remnant of Mount Felix Hospital: the clock tower, which is the only fixture that stands today. Kowhai flowers were also incorporated as a tribute to the memorial tree and plaque donated by the New Zealand High Commission to the township in the 1970s. The forget-me-nots parallel to these symbolise the flowers from St Mary’s Graveyard where the memorial stands.

From there, each panel begins to close in on different aspects of wartime Britain and the ANZAC campaign. The 11th among them, for instance, puts the spotlight on the hardships experienced by Kiwi soldiers during the Gallipoli Campaign: the harsh temperature changes, the overall lack of provisions and the horrific conditions of trench warfare at large. 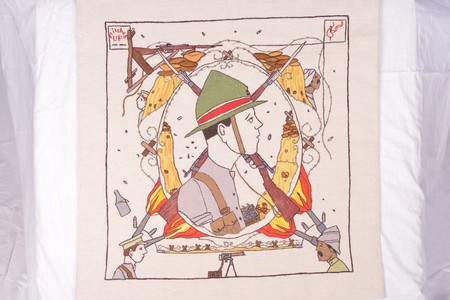 The final panels are an ode to the comradeship between the ANZAC troops and the Walton community – from the creation of friendship quilts by the soldiers at Mount Felix, to the farewell performance the patients put on for the nurses and medical staff who cared for them and a final ode to the township at large. Panel 43, the second last of the lot, features a lovely poem created by a former patient who was amazed by the tranquility and beauty of Walton-on-Thames amid the war. 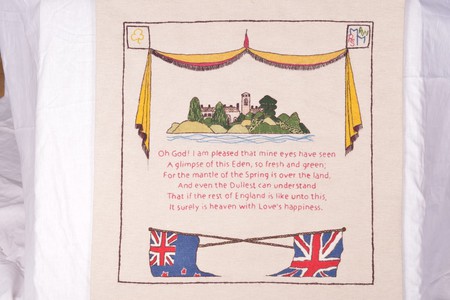