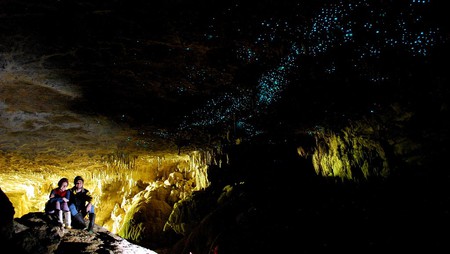 Glistening glowworms, exquisite limestone formations and an awe-inspiring assortment of stalagmites and stalactites are some of the features that draw the crowds to the wonderful Waitomo Caves. These subterranean marvels are certainly one of New Zealand’s most famous natural attractions, and have been a point of interest among locals and visitors alike for many centuries.

In fact, Waitomo’s tourist appeal can be traced as far back as the early 20th century. Local Maori used to guide visitors around the caves in 1900; the activity had proven so popular that by 1905 the government purchased the land and took over all tourist operations. Along with guided walks on dry land, small boats began escorting people down to depths to view the natural galaxy of glowworms that lie within. Things quickly evolved as the decades went by: the Waitomo Museum of Caves was established in 1981 and in 1987 the first black water rafting tours were introduced.

In present times, visitors primarily experience Waitomo’s subterranean marvels through the regular leisurely cruises that guide them towards the glowworms, which often include commentary about the geological formations and historic origins of these magical caverns. The more adventurous might also opt to spend some time exploring the local walks, or venturing into guided caving tours and the famous black water rafting expeditions. 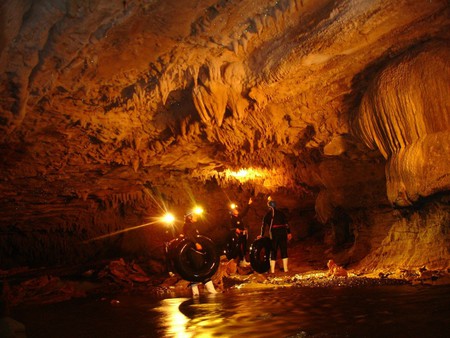 The cave system’s name is a composite of two Maori words: wai being the water and tomo meaning sinkhole. A common translation of Waitomo is ‘water passing through a hole’. It’s an apt description given these underground networks were carved by several millennia of limestone erosion – their intricate formations came about as the water seeped, shaped and reacted with the compounds of the Oligocene limestone it hit, thus creating the various tunnel ways and incrustations that we see today. 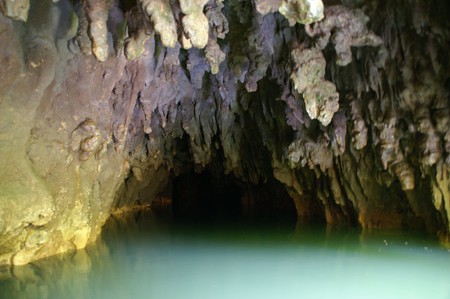 Waitomo, which is located in the northern King Country area of the Waikato region, comprises four distinctive caverns. The Waitomo Glowworm Caves are the most famous of the lot – that’s where the area’s iconic guided cruises depart from, and where visitors will get some of the glimpses of New Zealand native Arachnocampa luminosa glowworm species. 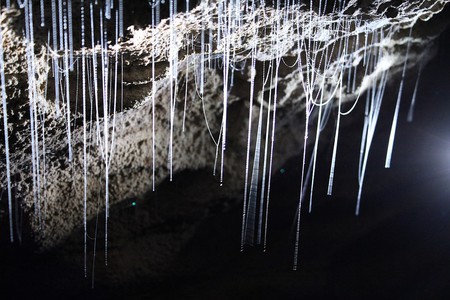 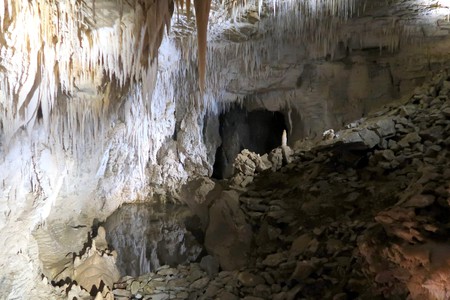 Just outside the Ruakuri Caves you’ll find the Aranui Cave, Waitomo’s smallest and most delicate system. Unlike its counterparts, the Aranui Cave has no water running through it. The dry conditions make this an optimal spot for cave weta – visitors can usually spot these native insects creeping around the Aranui Cave’s walls. 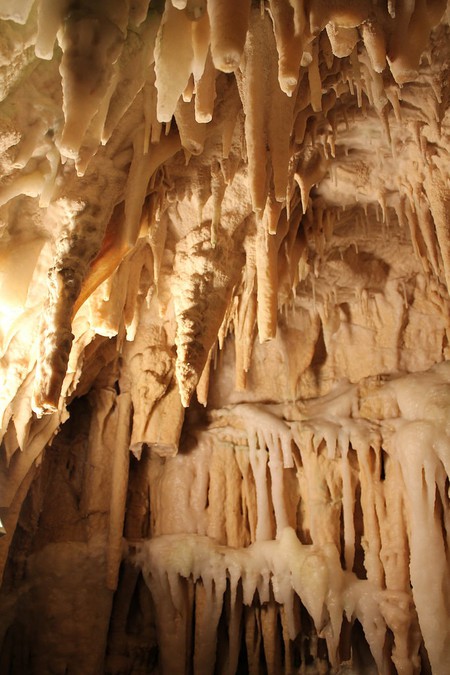 Last but not least, you’ve got Gardner’s Gut, an extensive system that is much loved by amateur cavers. Its squeeze points, winding streamways and narrow passages have made this a popular go-to for cave clubs around the North Island – it’s the optimal training ground for beginners who are eager for some practical experience. The Gardner’s Gut is also known for housing New Zealand’s largest stalagmite: the Birthday Candle, a shimmering wonder with an impressive height of up to seven metres (23 feet). 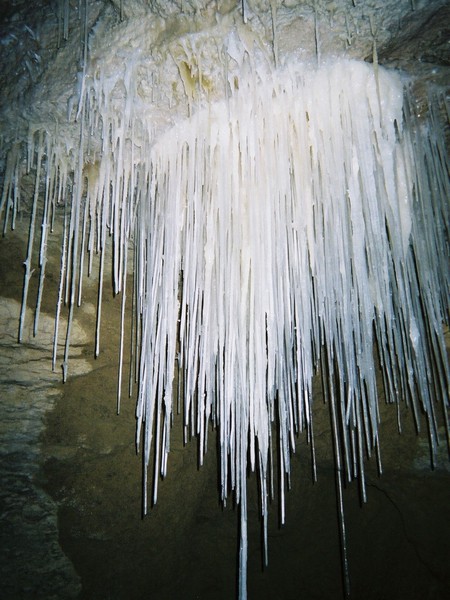