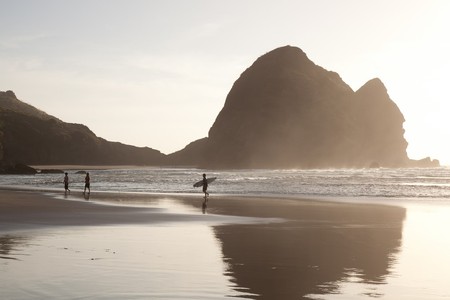 New Zealand is every surfer’s dream come true. Locals and visitors alike are lucky to enjoy some fantastic swells in some of the most beautiful summer destinations. Whether you’re venturing into the North or the South Island, here are some of the best spots to catch those epic waves.

Raglan is world-famous for having the longest left-hand break in the world. The town, tucked away on the Waikato coast just west of Hamilton, also boasts a beautiful coastline and largely uncrowded waves. Manu Bay and Whale Bay are renowned for their regular surf breaks, while Mussel Rock and Ruapuke are great for all surfing abilities. 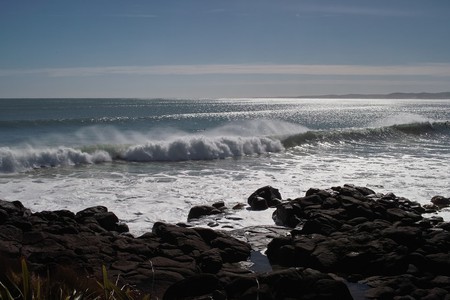 Auckland’s west coast has quite a few surf spots to share. Piha’s rugged black sand beach is the most popular and is a great starting point for those wanting to immerse themselves in the area’s world-class conditions. South Piha is known for offering a mix of left and right-handed breaks while North Piha will challenge expert surfers with its right-hander swells.

The entire Coromandel Peninsula offers plenty of incredible surfing opportunities. Whangamata Beach is widely regarded as one of New Zealand’s best and is suited for all levels. Whitianga’s conditions are less consistent but its right-hand breaks and strong rips have proven quite popular among surfers of all abilities. Tairua is a good place for intermediate-advanced surfers, as it offers several peaks and powerful waves. 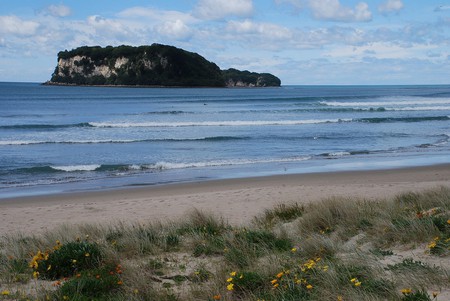 Shipwreck Bay is a popular surf beach in Ahipara, a town at the southern end of the famous Ninety Mile Beach. This is a must-visit for advanced surfers in particular, as these sandy shores are renowned for their long rides, gnarly take-off points and fantastic barrel sections. 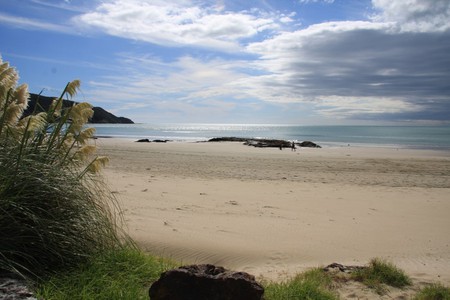 Mount Maunganui Beach is quite a hit in the summer months — for surfers as well as holidaying visitors wanting to soak up the Bay of Plenty sunshine. The area is great for all skill levels, offering plenty of hollow shore and right-hand point breaks to keep things interesting. 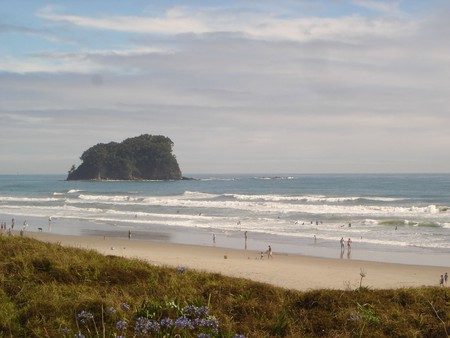 Matakana Island is another must-visit in the Bay of Plenty. It’s situated just across the Tauranga harbour and is known for its powerful north-easterly swells. The punchy waves are ideal for intermediate-advanced surfers looking for a fun way to test their skills. You will need to either take a boat or ferry up to the island, as paddling from Mount Maunganui to Matakana Island is strictly prohibited. 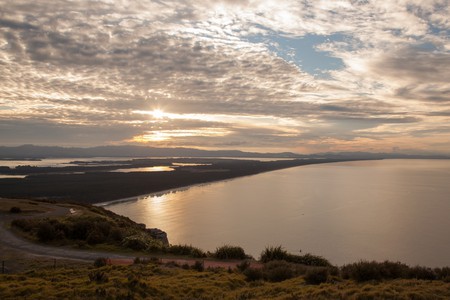 Gisborne is one of those laid-back towns that is truly generous to surfers. You’ll be spoiled for choice when it comes to beautiful beaches, fantastic weather conditions and even better wave breaks. Waikanae Beach is quite handy to the town centre and is the go-to for beginners. Wainui Beach, just 6 kilometres (3.7 miles) from town, offers a varied mix of left and right-hand breaks for all skill levels, while Makorori Point is one of the area’s most famous spots thanks to its long barrel waves. 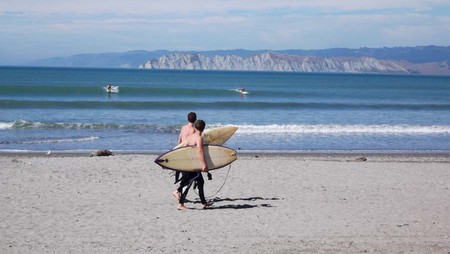 Graveyards Beach is quite well-regarded among surfers dipping into the wild coastlines of the North Island’s Taranaki region. Its shorelines feature a stony point with left-hand point breaks as well as long waves with easy to navigate sections. The beach is also quite handy to New Plymouth and is well-suited for intermediate-advanced surfers. 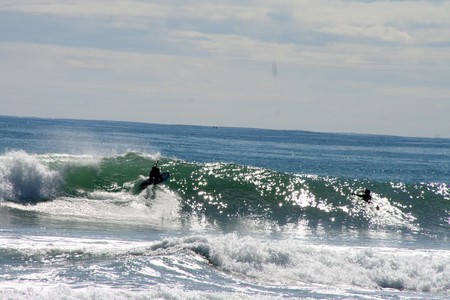 Wellington’s wild weather and exposed coastlines are going to be a treat for visiting surfers. Southerly swells and several peak points are a given, especially if you’re venturing over to Lyall Bay. The Maranui end of this beach is known for picking up the best angles, while the rock wall near the airport is a prime spot for catching some brilliant peaks. The beach is suited for all abilities and is quite popular in the summer months because of its accessible location. 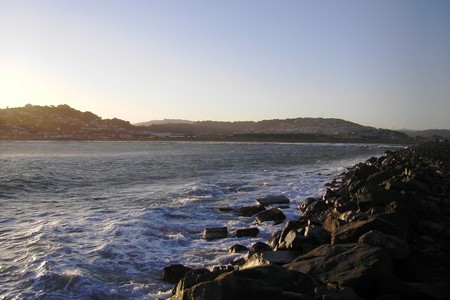 Lyall Bay From The Airport Side | © Aidan/Flickr

Not too far away from Wellington, the Wairarapa’s Castlepoint beach continues to please Kiwi surfers with its awesome conditions and awe-inspiring scenery. The sandy beach is quite exposed to the wind, meaning there’s a consistent surge of left and right-handed peaks. Soft waves also pop up regularly, making this spot ideal for novice surfers. 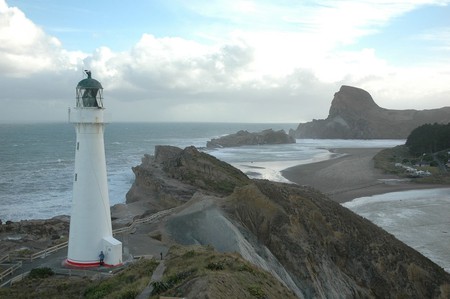 The North Island isn’t the only place where you can catch some gnarly waves. Kaikoura was already quite well-known for its cool surfing spots, but the 2016 earthquake has provided the area with even better breaks — proving that some good can come out of tragedy. Mangamaunu is one of the area’s top rated beaches and is famous for its huge point breaks and a series of fast sections. 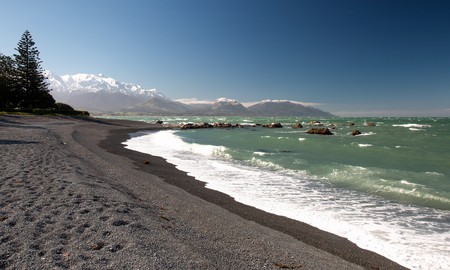 Punakaiki is a highly desirable destination for those exploring the South Island’s West Coast region, but did you know it’s quite a good surfing location too? On a low tide, the rugged Punakaiki Beach enjoys several peaks — including some epic left-handers off the rocky southern shores. Because the entire beach is relatively sheltered, it picks up some decently sized swells that can be quite wide and vigorous. 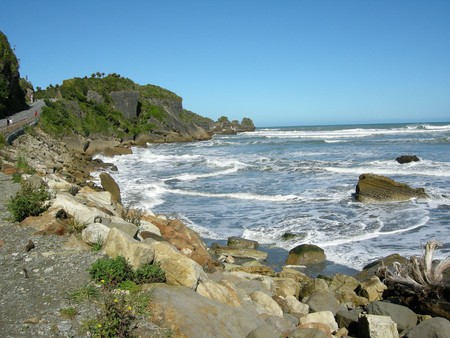 Punakaiki Beach | © einalem/Flickr
Give us feedback