The Top 10 Things to Do and See in Tauranga, New Zealand 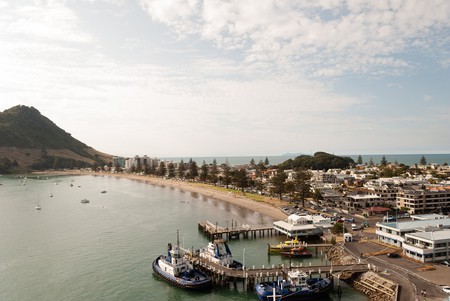 Being a harbourside city, Tauranga is wont to attract the summer crowds. But no matter when you visit this serene Bay of Plenty destination, you’re going to have a number of activities to delve into. Here are 10 must-sees and must-dos that make this New Zealand hot-spot that much more special.

Tauranga is blessed with a beautiful coastline. White sand beaches and water-based adventures are abundant in its surroundings, with more than enough choices to keep all visitors nice and busy. Mt Maunganui and Papamoa are the local go-tos for keen surfers, swimmers and sun bathers. If you want to head a bit further out, Waihi Beach is another popular option.

With a number of tracks up and around the mountain, Mauao/Mt Maunganui is set to serve you a healthy hiking fix. As long as you have a moderate level of fitness, the climb up the summit shouldn’t be too big of a struggle, and the expansive views across the harbour are a reward anyone can readily cherish. 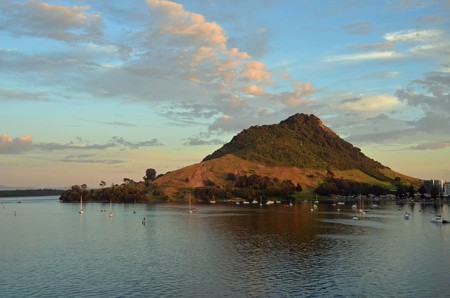 Art Gallery
Facebook
Email
Twitter
Pinterest
Copy link
Share
Map View
The Tauranga Art Gallery has only been around since 2007, but, in its short lifespan, it has proven itself as a space for high-quality art of all styles. From international street art to contemporary pieces by local and overseas artists, the gallery’s active lineup of exhibitions have consistently brought a wide range of noteworthy creations to the forefront.
Open In Google Maps
108 Willow Street, Tauranga Tauranga, Bay of Plenty, 3141, New Zealand
+6475787933
Visit Website
Visit Facebook page
Give us feedback

Make sure to check out the street art too

Speaking of street art, Tauranga has seen a surge in colourful murals over recent years. The Bay of Plenty region was already renowned for the murals at neighbouring town of Katikati, but now it’s Tauranga’s turn to get a glimpse of the spotlight. Recently the Paradox Street Art Festival, which ran from March until June 2017, complemented the city’s artistic endeavours by transforming various inner-city walls into vibrant canvasses.

Go for a walk around the local markets

What better way to get into the community spirit than visiting a weekend market? If you’re in town on a Saturday, the Tauranga Farmers’ Market runs 8 a.m. – 12 noon at the Tauranga Primary School grounds. Depending on when you’re visiting, you might get the chance to check out the twice-monthly Little Big Markets, an artisan fanfare that livens up the Mount Maunganui and Papamoa market scene.

Farmers market. I loved every stall and of course I wanted to buy everything. #taurangafarmersmarket #green #holiday #organic #nz #Qatar #mydoha #likes #ethical

Kayak with the glowworms

Equal parts adventurous and scenic, Waimarino’s kayaking tours will guide you along the glowworm lit canyons of Lake McLaren. Departing on a once-daily basis, the fully guided paddle allows visitors to learn more about New Zealand’s fascinating glowworm species while they’re getting the most out of the dusky landscapes. 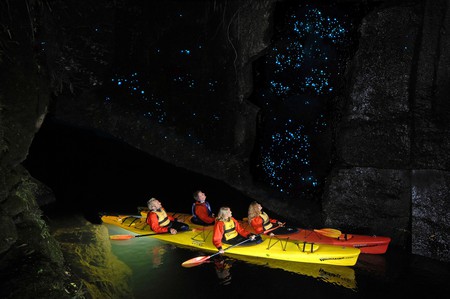 Natural Feature
Facebook
Email
Twitter
Pinterest
Copy link
Share
Map View
Speaking of which, a trip to McLaren Falls Park is a definite must for those spending their time in the Bay of Plenty. The park is just a quick 10-minute drive from Tauranga and is popular not only for its glowworm species but also for its luscious native trees and wonderful namesake waterfall. There are various picnic areas around too, making this the ideal spot for a day’s outing.
Open In Google Maps
McLaren Falls Road, Lower Kaimai, Bay of Plenty, 3171, New Zealand
+6475777000
Visit Website
Give us feedback

Wine and dine at Mills Reef

Fine dining meets viticulture at Mills Reef Winery and Restaurant. Spend some time sampling a myriad of award-winning wines, ranging from full fruity flavours to mellow blends. The spacious restaurant offers delectable food to complement all dégustation sessions, while the tasting room itself is set to make for a well-rounded introduction to the varietals the winery is renowned for. 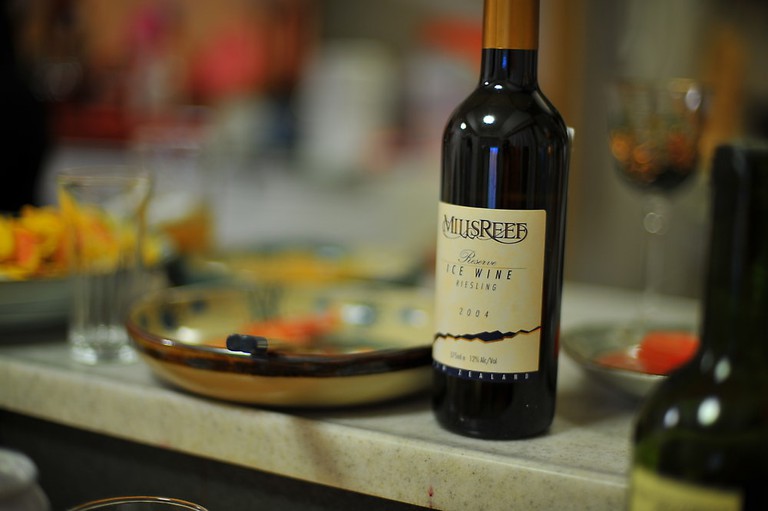 Moturiki (aka, Leisure Island) is an iconic landmark connected to Mt Maunganui beach. It was once the home of early Maori settlers who built a terraced settlement (known as a pa) on the land. After several years serving a number of different functions (at one point, the island even housed an aquarium), Moturiki has returned to its natural state. These days, the island’s main attraction is a blowhole that shoots water way up high. 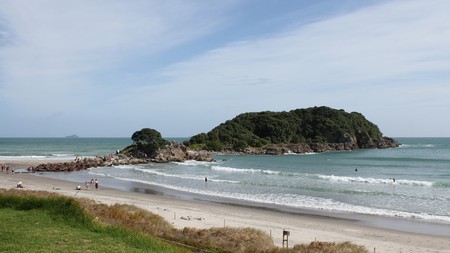 Head on a harbour cruise

See some dolphins, learn about Tauranga’s history or simply marvel at the wondrous Pacific Ocean views. There’s a handful of friendly harbour cruises to choose from, all of which prove that you don’t need to splash out several thousands of dollars to enjoy a luscious boat ride. So sit back, relax and enjoy the sunny bays as you spend some time getting familiar with the area’s idyllic coastal setting.

Mt Maunganui and Tauranga Harbour | © Matt Chan/Flickr
Give us feedback