The Top 10 Things to Do and See in Rotorua, New Zealand 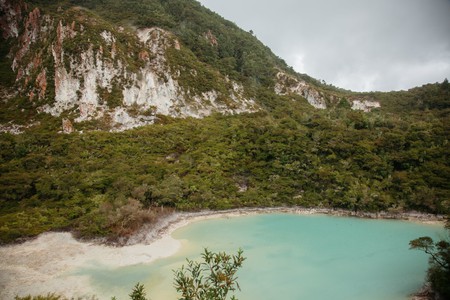 Spouting geysers, spa-worthy hot springs, adventurous activities and a whole lot of culture. It’s fair to say Rotorua’s attractions are all set to cater to all tastes and affinities. There’s a good reason the city, situated at the heart of New Zealand’s North Island, attracts millions of visitors each year. Discover what makes this a standout destination as we explore the top 10 sights and experiences in its vicinity.

The Waimangu Volcanic Valley is a hydrothermal system that emerged in 1886, after the major eruption of Mt Tarawera. It is home to the Frying Pan lake, which is the world’s largest thermal spring, and the steaming Inferno Crater Lake, best known for its distinctive blue colour. The name Waimangu means ‘black water’ in Maori, and comes from the muddy water ejected by the Waimangu Geyser. 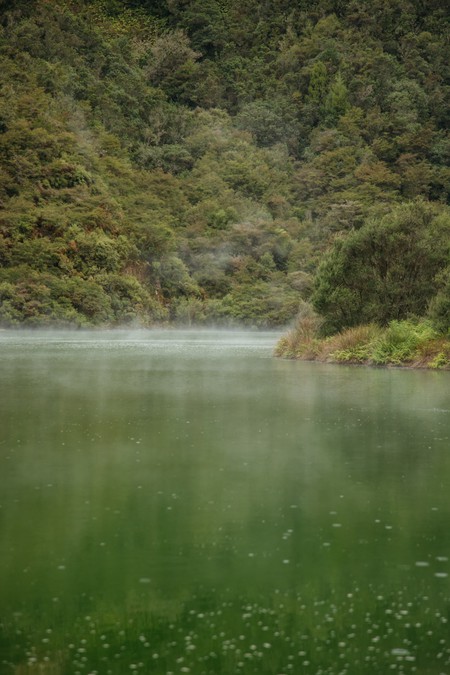 Not too far away from Waimangu, you’ll find the ever-compelling Wai-O-Tapu Geothermal Wonderland. The area is known for its colourful hot springs, geysers and pools, which were painted by the chemical makeup of their volcanic activity. The Champagne Pool is its most famous attraction, though there are other characters worthy of a visit too: including the gushing Lady Knox Geyser, the watercolour-reminiscent Artist’s Palette, and the radiant-green Devil’s Bath. 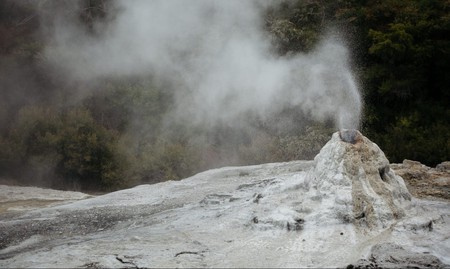 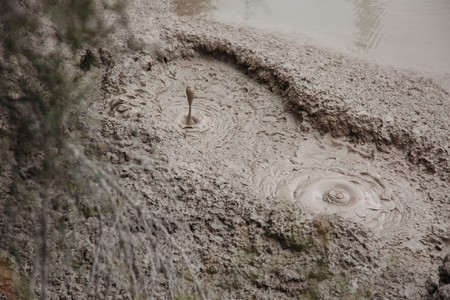 Maori culture and identity are at the very core of Rotorua’s existence. Whakarewarewa is just one of the villages that enable visitors to learn about the area’s heritage and customs. The Living Maori Village offers guided tours of the area’s natural treasures, as well as hosting hangi feasts, cultural performances, flax-weaving classes, and even Ta Moko tattoo sessions.

Lake Rotorua is New Zealand’s second largest in surface area, and was formed from a crater volcano in the midst of the Taupo Volcanic Zone. Despite its size, the lake is not that deep: an average depth of 10 metres (32.8 feet) has made it much shallower than others in the area like Lake Tarawera. A high sulphur content also gives this lake a blue-yellow tinge that’s constantly a-changing. Lake Rotorua is popular for scenic cruises and fishing, but not so much for swimming and water sports. 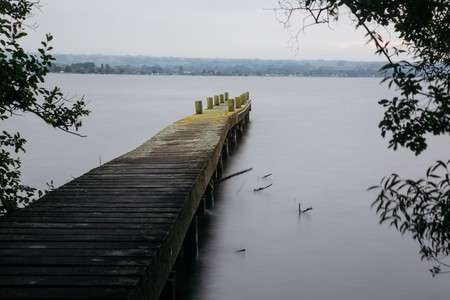 Mokoia Island sits somewhere in the middle of Lake Rotorua. It is privately owned by a local Maori tribe, who consider the site to be quite sacred. The tiny island, which has an area of 1.35 square kilometres (0.52 square miles), is a rhyolite lava dome, with geothermal springs and hot pools abound. Mokoia Island is considered a protected bird sanctuary and, as such, is only ever open to a small number of tour groups at any given time.

A birdwatcher’s paradise that’s accessible right from the city centre. Sulphur Bay is situated on the southeastern corner of Lake Rotorua, stretching from Motutara Point to Ngapuna. A number of endangered bird species reside in the bay’s Wildlife Refuge, including the black-billed gull, New Zealand dabchick, and the banded dotterel. A Nature Heritage Trail goes through the reserve, also showcasing the geothermal hot-spots in its surroundings. 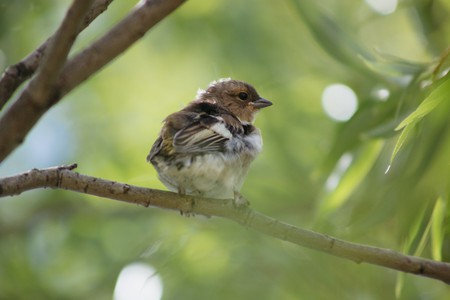 Rotorua’s city landscape is embellished by the wondrous Government Gardens. Situated within a short walk from downtown, the gardens are surrounded by an interesting mix of heritage sights and modern sporting facilities. Rotorua Museum, which is housed in a former Bath House right on the premises, offers free guided tours of Government Gardens at 11am and 2pm respectively. The museum itself is currently closed for earthquake strengthening.

Whakarewarewa’s Redwoods Forest is a favourite among hikers and cyclists. If you want to get up close to the area’s gigantic 115-year-old trees, the Treewalk bridge will be your guide. This 553-metre (1814-foot) wooden walkway is raised 12 metres (39.4 feet) above the ground, traversing 22 of these majestic trees without disrupting their environment. There are viewing platforms scattered across the walkway so that people can really bask at the lush greenery on show. 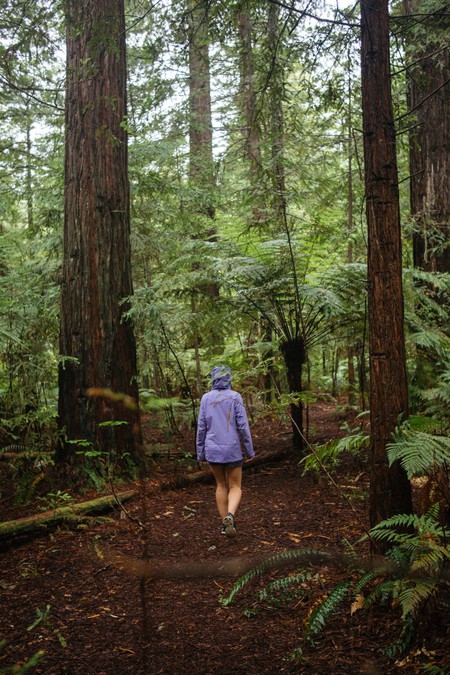 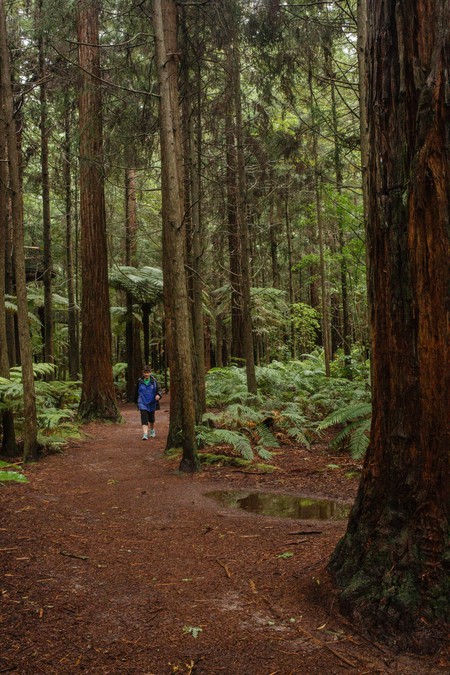 If you’re a water sports enthusiast, Kaituna River should be on top of your adventure must-visits. Located just 15 minutes from Rotorua city, this epic stretch of water is known for its heart-pounding drops, whirlpools, and waterfalls. In fact, the Kaituna River’s Tutea Falls, with a height of seven metres (23 feet), is the world’s highest white water rafting waterfall. That should keep anyone’s adrenaline levels in check. 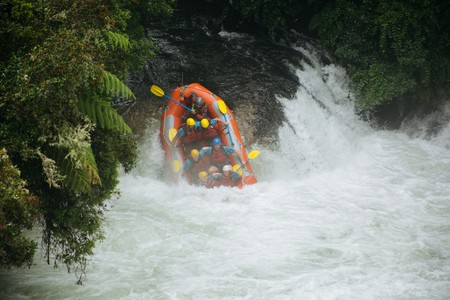 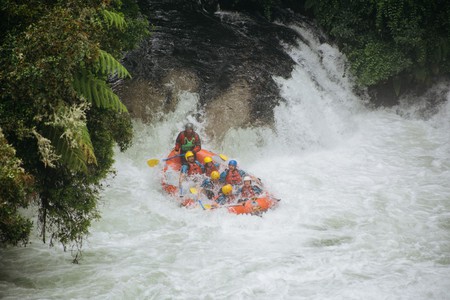 If you’re an active soul wanting to see Rotorua’s best attractions in one go, this cycle route will be right up your alley. Te Ara Ahi, also known as the Thermal By Bike Trail, is a 51-kilometre (31.7-mile) ride for intermediate-advanced cyclists. It starts in Rotorua, weaving across to various thermal treasures like Waimangu Valley and Te Puia, also passing though places like Lake Okaro, Rainbow Mountain, and the Waikite Valley in between. 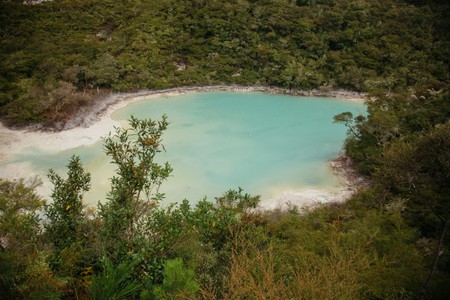