The Tongariro Alpine Crossing: One of the Best Walks on Earth 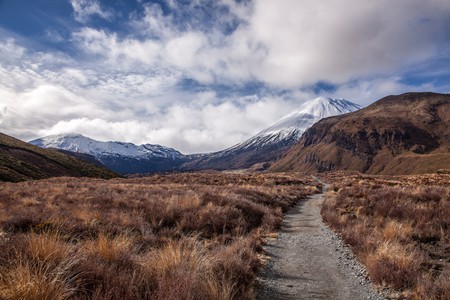 The Tongariro Alpine Crossing is, by and large, one of the greatest day walks in the world. This epic trail passes through New Zealand’s oldest national park and features some of the most incredible alpine, volcanic and glacial landscapes you will ever lay your eyes upon.

Covering a length of 19.4 kilometres (12.1 miles), the challenging 7-8 hour trek usually starts around the Mangatepopo Valley, at an altitude of 1,120 metres (3,675 feet), before entering the saddle between Mounts Tongariro and Ngauruhoe and venturing across to the South Crater. The trail then ascends to the Red Crater to reach its highest point – which comes in at a soaring height of 1,886 metres (6,188 feet) – before finally descending past some stunning glacial lakes and volcanic rock formations to reach the Ketetahi Shelter.

Hikers can walk the track in the opposite direction if they so wish, and there are various smaller side trips they could explore along the way. Notable examples include the 15-minute detour to Soda Springs, near Mangatepopo Valley, and a side trip to Mount Tongariro. Over the years, many have also opted to spend a few hours climbing Ngauruhoe (aka Mt Doom); but since late 2017, trampers on the Alpine Crossing have been asked not to do so in order to respect the mountain’s sacred significance to the local Māori iwi (tribe). 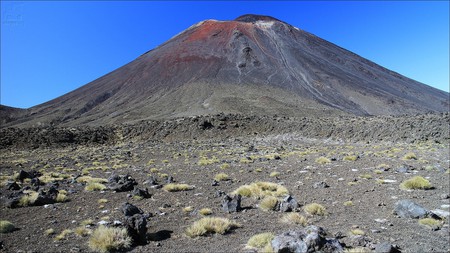 In fact, all the waterways and volcanic peaks in Tongariro National Park are deemed sacred to the area’s Ngāti Hikairo ki Tongariro tribe. Because of this, visitors are advised not to enter any of the alpine lakes or waterways around the park, and not to consume any food around the Blue Lake in particular. This is meant to protect the sanctity of the natural features that made this national park not just a central focal point for Māori mythology, but were also an important component in marking its place as a UNESCO World Heritage Site; in 1993 Tongariro became the first property in the world to be listed under a newly revised criteria for cultural landscapes. 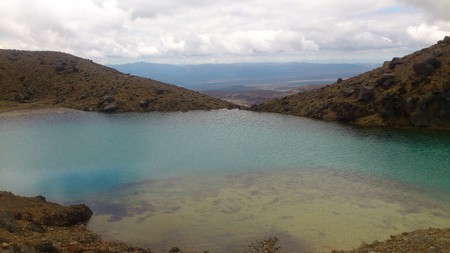 Along with respecting its spiritual nature, hikers should also be wary that the Tongariro Alpine Crossing is not a journey for the inexperienced. While the trail might not be long enough to earn itself a place on New Zealand’s Great Walks list, it is centred around alpine land formations that are infamous for their volatile weather conditions. In winter (i.e. June-August), the walk can be very dangerous to do without proper alpine climbing equipment and some sections over the Red Crater can also be prone to avalanche. 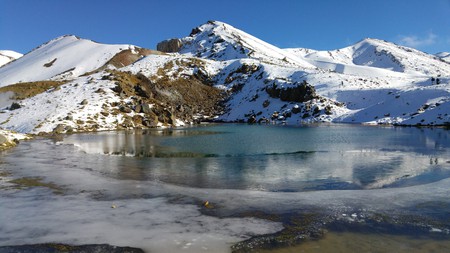 If you want to do the crossing, take extra care to equip yourself with enough clothing, water and provisions to last the full day – and check the weather forecast before you head off on your journey. The official Tongariro Alpine Crossing website should tell you everything you need to do to prepare for your trek and make the most of the wonderfully dramatic terrains that await those who embark on this amazing expedition.