When's the Best Time of Year to Visit New Zealand? 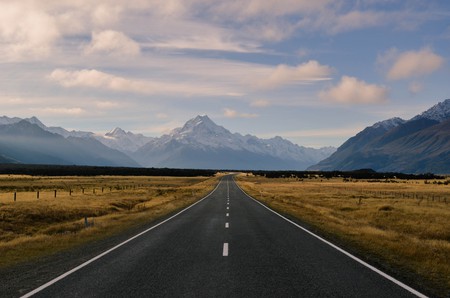 New Zealand has something special to offer year round. So you need to decide whether you’re after the right conditions for hiking or skiing, if you’re in search of sunshine or autumnal gold. But we’re here to help will help you make the right decision – here’s our month-by-month guide to exploring this picturesque destination.

January is midsummer in New Zealand. It is also right in the midst of the school holidays and peak tourist season. So, if you love the sun, but aren’t keen on crowds, maybe consider visiting in February instead. But if you’re willing to cherish the bustle, this is a great month to get into the community spirit. A number of summer festivals happen around this time, including the World Buskers’ Festival in Christchurch, Auckland’s Laneway Festival and the New Zealand Sevens rugby tournament, the latter of which was traditionally held in Wellington, but shifted to Hamilton in 2018.

February may be the last month of summer, but it is also typically when temperatures are at their highest. In other words, this is the best time to head to the beach, go kayaking, try out some of the great walks, or just simply get active. For those wanting to get a better grip of local history and customs, Waitangi Day, New Zealand’s national day, falls on 6 February. Chinese New Year lantern festivals light up many locations, notably Auckland and Christchurch, during February too. 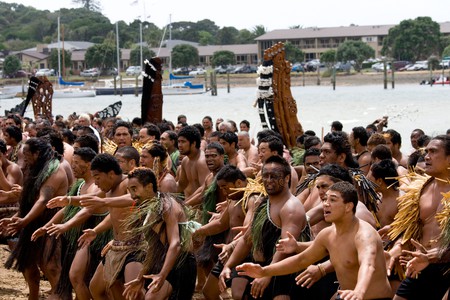 March is when the country begins easing its way into autumn. Days are still summery, with temperatures gradually cooling as the trees lose their leaves. Some areas such as the Bay of Islands and Rotorua will continue to see warm climes, sometimes as high as 27C. March is also when many vineyards see an abundance of grapes. If you find yourself in Queenstown/Central Otago wine region, though, this is the region’s wettest month of the year. Other events to look out for include the Hokitika Wildfoods Festival, Christchurch’s Ellerslie Flower Show and Hamilton’s Balloons Over Waikato. 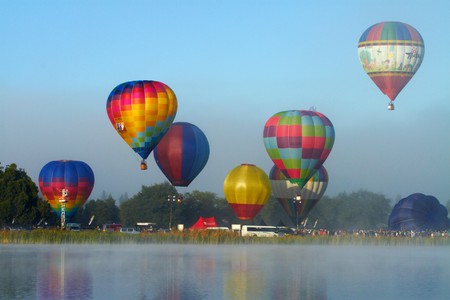 April is the time to relish crisp, sunny days, bright-blue skies and chilly nights. This is the best time to visit places such as Hawke’s Bay, Central Otago (especially Arrowtown), Lake Tekapo and the wider Mackenzie Country area, where you can enjoy New Zealand’s breathtaking autumnal colours. April’s long, fine spells and general lack of wind also make it a popular month for hiking, especially around the South Island’s alpine ranges. Some of the must-see events this month include Wanaka’s Festival of Colour and the Auckland Royal Easter Show. 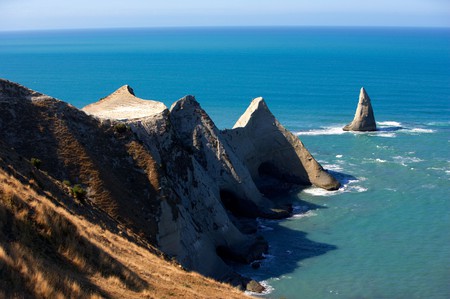 This is the time to start putting on layers: temperatures in May can easily drop to 6C in the South Island, 9C in the North. If you’re into adventure sports, bungee jumping in the brisk, fresh air will definitely keep you in high spirits. May is also a good time for mountain biking, game-bird hunting and fishing. If you like your cultural events, May is New Zealand Music Month, a time to celebrate local artists hitting the airwaves. Other festivals to check out include the Auckland Writers’ Festival, the Documentary Edge Festival in Wellington and Auckland, and the Great New Zealand Food Show in Hamilton.

The first month of winter is a popular time to hit the slopes and bask in the powdery snow. Queenstown kicks things off with an annual winter festival in June/July, comprising 10 days of music, snow sports and entertainment. If you’re in the North Island, Ruapehu and Taranaki are your main ski areas; popular destinations in the South include Wanaka, Otago and Canterbury. Matariki, the Maori New Year, is celebrated country-wide in June, when the namesake constellation, the Pleiades in English, comes into full show. Other yearly fanfares to liven up this month include Oamaru’s Steampunk Festival and the Dunedin Midwinter Carnival.

Average temperature: 13C in the North Island, 7C in the South Island 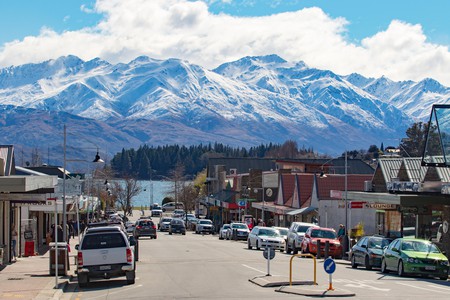 Queenstown is usually at its driest right now, while Auckland is at its wettest. Winter in the capital, Wellington, is not too extreme, though its southerly winds can pierce right through you. Some of the sights to visit this month include the Pancake Rocks on the South Island’s west coast and the ever-popular Tongariro National Park in the North Island. July is also the time to check out Napier’s annual Art Deco Weekend, Dunedin’s Chocolate Carnival and the New Zealand International Film Festival.

Average temperature: 13C in the North Island, 7C in the South Island 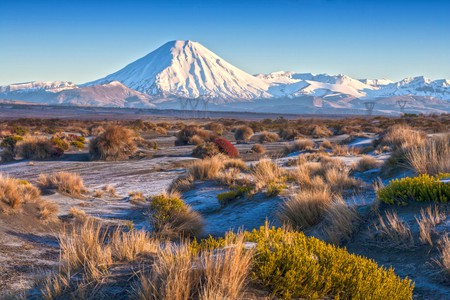 There’s still plenty of time to catch some snow, cherish the alpine backdrops and just marvel at New Zealand’s all-round sublime landscapes. August is also when keen foodies get to sink their teeth into events such as Auckland Restaurant Month and Visa Wellington on a Plate, and New Zealand Fashion Week keeps budding fashionistas on trend.

Average temperature: 7C in the North Island, 6C in the South Island

Spring comes in full bloom now, but don’t let go of all those warm layers yet – it is, in fact, New Zealand’s windiest month. Wellington tends to bear the brunt of it, with weather conditions volatile and inconsistent. The World of Wearable Art is the most distinguished event of this month. If you want to get into the springtime spirit, there are plenty of celebrations that do it in style: including the Alexandra Blossom Festival, Nelson’s Cherry Blossom Festival and the Palmerston North International Spring Festival. A trip to the Garden City in Christchurch is well worth your while, as is a visit to the spectacular botanic gardens in either Auckland, Wellington or Hamilton.

October is a month of mild temperatures and cultural highlights. Wellington’s weather tends to be at its best now, with plenty of clear days on show – although you’ll still want to keep a windproof jacket on, as the capital’s strongest wind troughs have been recorded around this time of the year. Throughout New Zealand, you’ll find a number of events highlighting heritage and arts: including the Auckland Heritage Festival, the Akaroa French Festival and the Hawke’s Bay Arts Festival. Diwali celebrations also garner plenty of attention in Auckland and Wellington this month, with an array of cultural performances and a vibrant fireworks display wowing all passing visitors.

Mid-spring brings plenty of pleasant days. Popular travel destinations such as Auckland tend to get a little busier – it definitely pays to plan out your accommodation and itinerary in advance if you’re wanting to come now. To experience New Zealand country life, check out the Canterbury A&P Show: every November, this long-standing three-day tradition combines a number of live demonstrations (sheep shearing included), competitions, fairground rides and even a petting zoo to bring the rural lifestyle into the city landscape.

If you’re dreaming of a white Christmas, turn back now. December is the start of summer, meaning that the holiday season is celebrated in scorching colours: think barbecues, fish and chips by the beach or a typical potluck dinner with pavlova for dessert. Kiwis take the time to enjoy the elongated days, when the sun doesn’t set until 9pm, as much as they can. New Year’s Eve has its own traditions, including the Rhythm and Vines Festival in Gisborne: the city that has the privilege of seeing the first sunrise of the year. 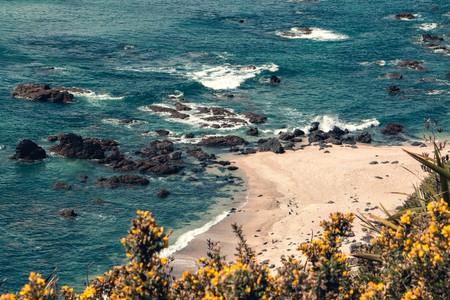 Te Arai, on the east coast of the North Island, is popular with surfers | | © Ivan Sanford / Unsplash
Give us feedback