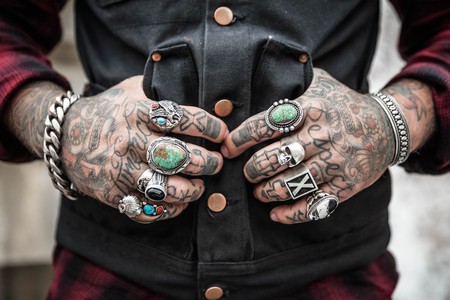 Getting inked is, for the most part, a life commitment, and it’s one that you don’t want to regret later. Whether you live in Auckland or are simply passing through, the New Zealand city will spoil you for choice with its talented tattoo artists and reputable studios. Here are some of the best.

The Tattooed Heart has been in the business since 2004, and relies on a team of seven resident tattooists as well as guest artists to create a mix of classic and custom-made designs for its clientele. Each artist brings his or her own expertise to the parlour’s operations: some choose to specialise in certain styles, while others opt to stay more flexible. Walk-ins are welcome, and the studio also does body piercings.

CUTENESS OVERLOAD💖💖 how adorable is this little hedgehog 🦔 gap filler by @ben_jenkins_tattooing 🌸💕 thank you so much !! And thank you for your always wonderful company ☺️ #tattoo #gapfiller #gapfillertattoo #hedgehog #animallovers #cuteness #cutecritters #inked #nature #naturelovers

Tom McMillan opened Sunset Tattoo Studio in 2014 after dedicating 10 years to honing his craft. His studio brings together a team of expert artists who specialise in traditional Japanese, blackwork, Maori tattooing and classic Western designs; they are sure set to create some of the finest inked pieces you’ll ever see. Initial consultations are free, and walk-ins are welcome. 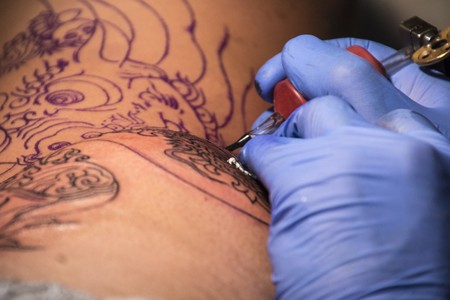 White Rabbit Ink is the go-to for beautifully crafted, one-of-a-kind tattoos. Its main artists, Lusi and Ace, don’t have a particular specialist area, though watercolours are a prominent feature in some of their previous work. There’s something for everyone here: the resident tattooists have built a reputation for taking the time to ensure their clients are completely on-board with the ink they’re getting.

A massive thank you to Ace @whiterabbitink for creating this masterpiece. Definitely wasn't easy to sit through but Ace still managed to work wonders! Couldn't be happier and will wear it with pride! ❤️ #thightattoo #tattoo #tiger #tigertattoo #girlswithtattoos #newzealand #auckland #2017 #proud #love

Two Hands Tattoo is among the trendiest tattoo places around — and not just because they’re situated in the hip neighbourhood of Ponsonby. The parlour’s beginnings can be traced back to 2005, when operations were based just down the road from its current venue. As the studio’s commitment to custom designs made a mark on the local tattoo scene, Stefan ‘Spider’ Sinclair decided that he and his team could benefit from a new space. These days, Stefan, plus a group of resident and visiting artists, continue to amaze with their blackwork, fine line, traditional American and classic Japanese pieces. 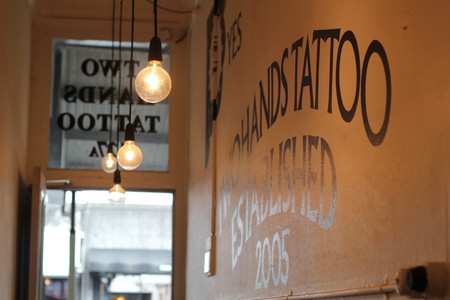 If a tattoo that appeals to realism is what you seek, Orewa’s Ship Shape Tattoo is the best place for it. Matt Jordan is among the highly regarded artists to call this studio home — for those unfamiliar with his work, the Christchurch native’s Instagram page boasts more than 200,000 followers. Black and white designs are the winning favourites among Ship Shape’s resident and visiting artists, but the studio also offers its realist creations in colour for those who ask for it.

A well-established veteran in the Auckland tattoo scene, Sacred Tattoo Shop has consistently made all the right impressions with its expertise and stunning creations since starting operations in 1998. With a talented team of resident and visiting tattooists from New Zealand and abroad, the studio offers a special take on traditional Japanese designs, and contemporary Western conventions among various other styles. Walk-ins are welcome, though some of its best artists are known to be in hot demand.

Otautahi Tattoo made a name for itself in Christchurch before branching out to include parlours in Auckland and Queenstown. Its artists made the tough decision to close its flagship studio after the Garden City got struck by the devastating February 2011 earthquake, but they have since opened up a new studio back home. For Auckland-bound tattoo enthusiasts, Otautahi is where you’ll want to go for authentic Maori Ta Moko and Kirituhi designs, traditional Samoan and Tahitian styles, classic Japanese Irezumi and various contemporary disciplines. The studio is open seven days a week and also offers late-night appointments on Tuesdays and Thursdays.