The Best Outdoor Activities in and Around Auckland, New Zealand 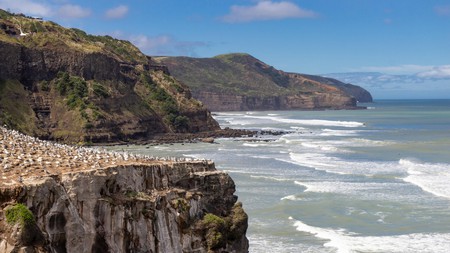 A volcanic city in the North Island of New Zealand, Auckland is a surprisingly serene destination for a weekend in the great outdoors.

With one of the most beautiful ecosystems on the planet, there’s little that people from New Zealand love more than spending time in the great outdoors. One of the country’s major cities, Auckland is based around two harbours with a culture that owes a lot to the sea. Every weekend, the waters around Auckland fill with boaters, paddleboarders and sea kayakers, and its green spaces are full of hikers and ramblers. From looking for seabird colonies, to hiking volcanoes and discovering unique islands, many of the city’s experiences are in the open air. Here’s our guide to the best outdoor activities in Auckland.

Take a walk to Mount Eden/Maungawhau 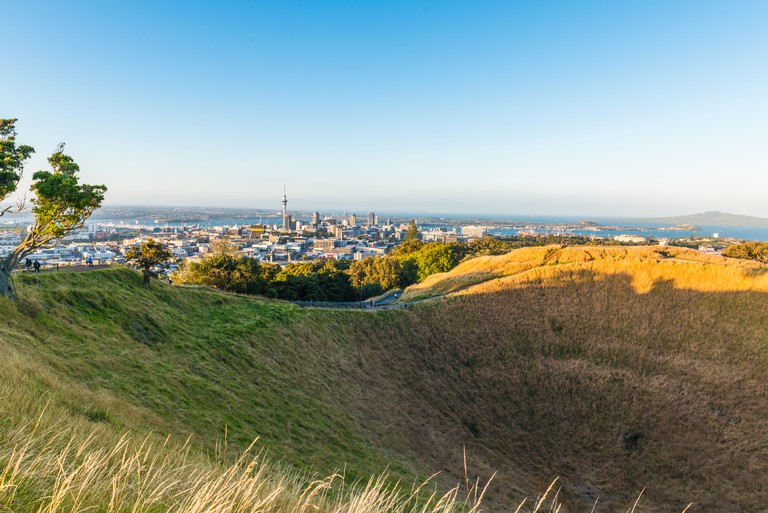 © superjoseph / Getty Images
The highest volcano site in Auckland, Mount Eden is located right in the middle of the city and offers a great walking trail. Last active over 50,000 years ago, those who make it to the top are rewarded with a glimpse of a spectacular 50-metre crater, left over from the most recent eruption, as well as stunning views over the city. The Mount Eden walk is very accessible: although it’s the highest summit in the city at 196m, the walk is only around 300m up and back down, meaning you can comfortably walk the entire route in 30 minutes. 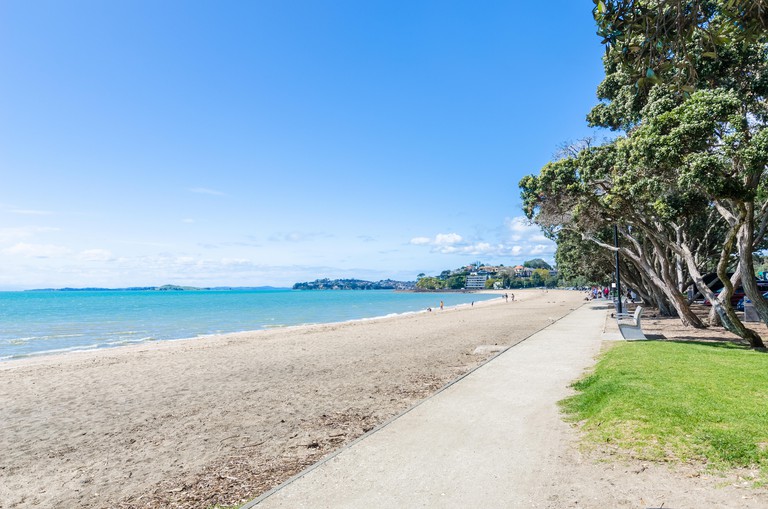 © Wai Yee Thang / Alamy Stock Photo
Around 20 minutes from central Auckland, the idyllic suburb of Mission Bay is a perfect seaside destination for a relaxed day out. This area is a popular weekend spot for locals, with a small white sandy beach and many popular cafés and restaurants. be sure to hunt out the water fountain at Mission Bay, a well-known landmark in the area situated just behind the beach beside a small park. If you fancy a good walk from the centre of the city, follow the waterside path that runs from downtown Auckland all the way to Mission Bay and takes around 45 minutes, offering unobstructed views of the city, Hauraki Gulf and Rangitoto Island along the way. 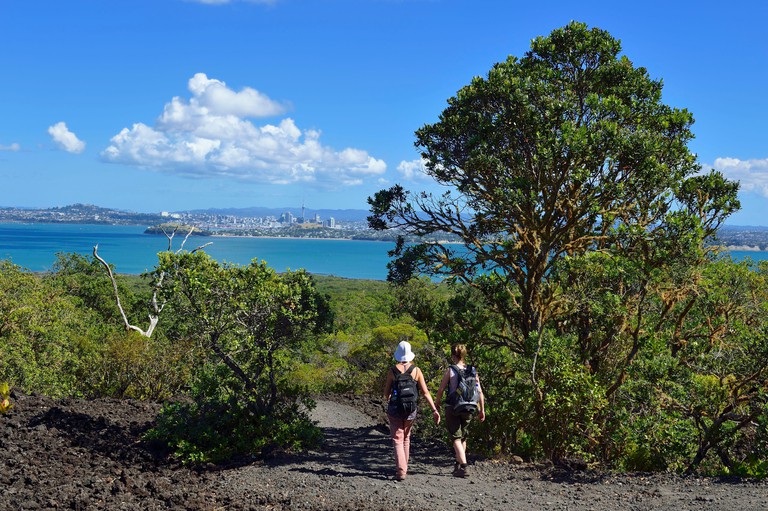 © Hemis / Alamy Stock Photo
The environmentally unique Rangitoto Island is a must-see for anyone visiting Auckland. Named after the Maori word meaning bloody sky, the island is home to the youngest volcano in the area, which last erupted just six hundred years ago, leaving black lava caves and trails on the route to its summit. The island also boasts the world’s largest forest of crimson-flowered pohutukawa trees and is a popular hiking destination for both Auckland locals and tourists. For the more adventurous among us, the island can be reached from the mainland by sea kayak or paddleboard. For everyone else however, a regular ferry runs between the two shores. 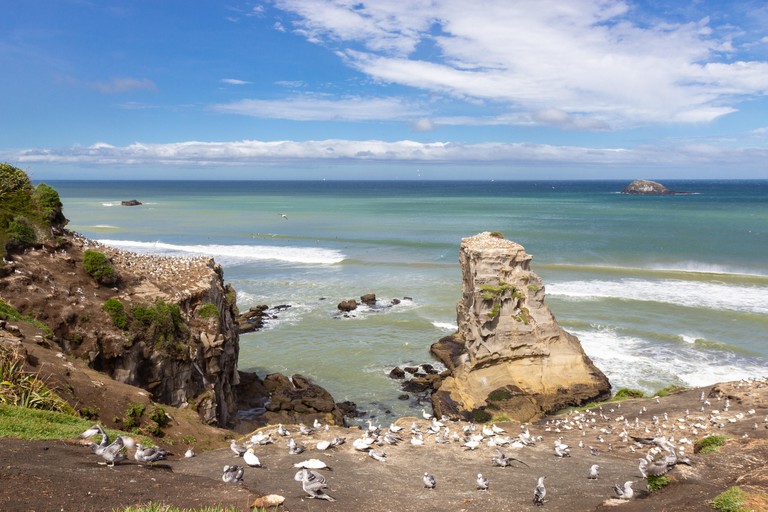 © Tamara Sliusarenko / Alamy Stock Photo
Every year, around 1,200 pairs of gannets nest on Auckland’s surrounding islands, making one of the largest seabird colonies on the planet. Around an hour’s drive from the centre of Auckland, Muriwai Beach is the best place to get a good look at this amazing natural occurrence. The 60km beach features a short walking path which leads to a spacious viewing platform from which you can view the birds without disturbing them. Pairs of gannets nest here between August and September each year and, once airborne, the young gannets leave the colony and cross the Tasman Sea to Australia.
Give us feedback