The Best Hotels in Auckland for Every Traveller 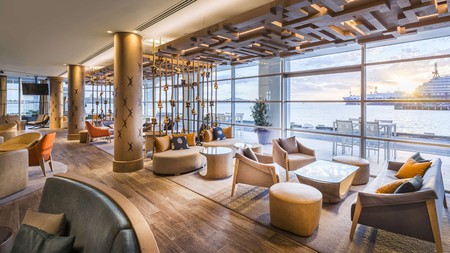 The largest city in New Zealand on the country’s North Island, Auckland offers some great places to stay, from modern hotels overlooking Britomart waterfront, to boutique art deco establishments on buzzing Queen Street to a family-run former 19th-century villa in fashionable Ponsonby. Auckland is a giant and varied urban area — a 20-minute drive from the city centre and you can stay at an eco-retreat near beautiful Riverhead Forest. 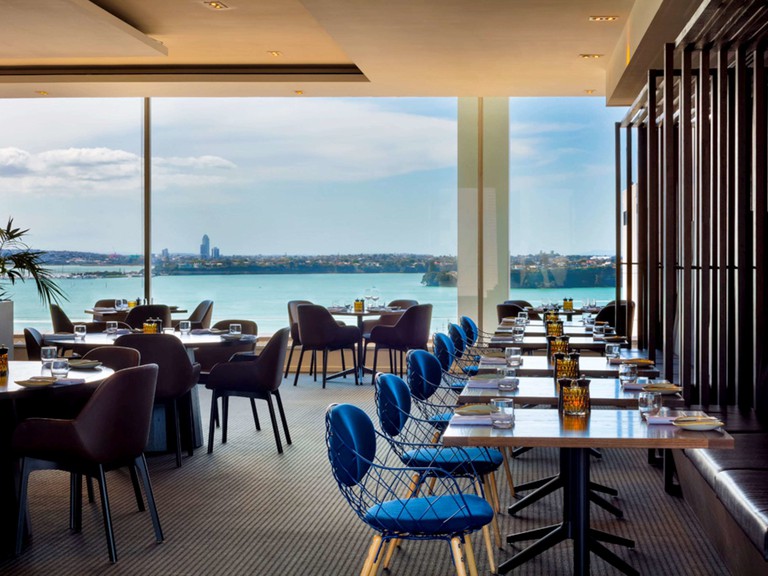 Courtesy of Grand Mercure Auckland / Expedia
View Rooms
The Grand Mercure overlooks Auckland waterfront and is a short trip from many of the city’s attractions, including the Sky Tower, New Zealand Maritime Museum and Auckland Art Gallery. Also nearby are plenty of designer shops, upmarket restaurants and waterside views, while inside, the suites are spacious. If you’re looking for a bite to eat, make sure to stop by the hotel’s restaurant Vue, which offers views of the city and a delicious menu put together by executive chef Daniel Na.
More info 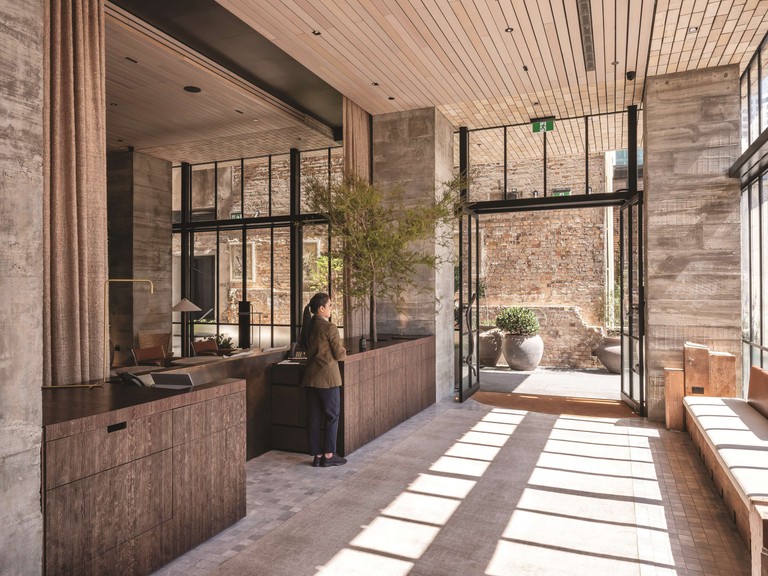 Courtesy of the Hotel Britomart / Expedia
View Rooms
A modern, boutique hotel on the fashionable Britomart waterfront, Hotel Britomart prides itself on its sustainable practices. First opened in late 2020, it has received New Zealand’s very first five-star green rating and the rooms feature organic bed linens, timber-lined walls and handmade ceramics by local suppliers. If you’re looking for a premium experience, try one of the hotel’s five Landing Suites — extravagantly furnished penthouses that offer unrivalled views of the city and nearby bay.
More info 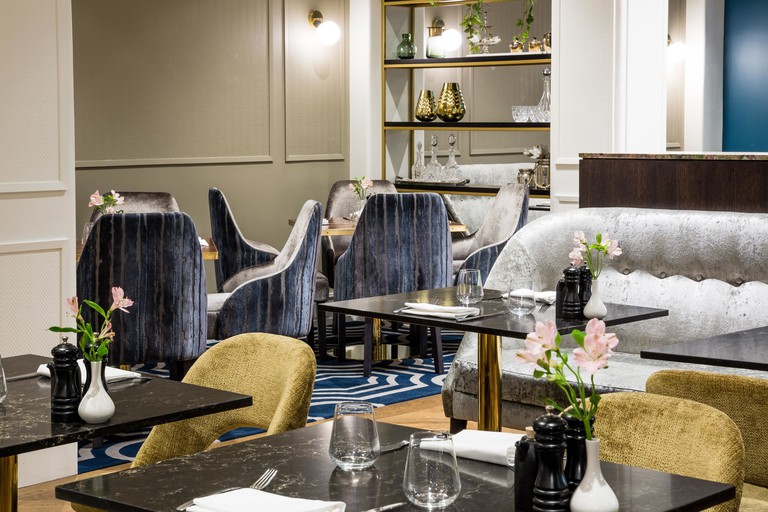 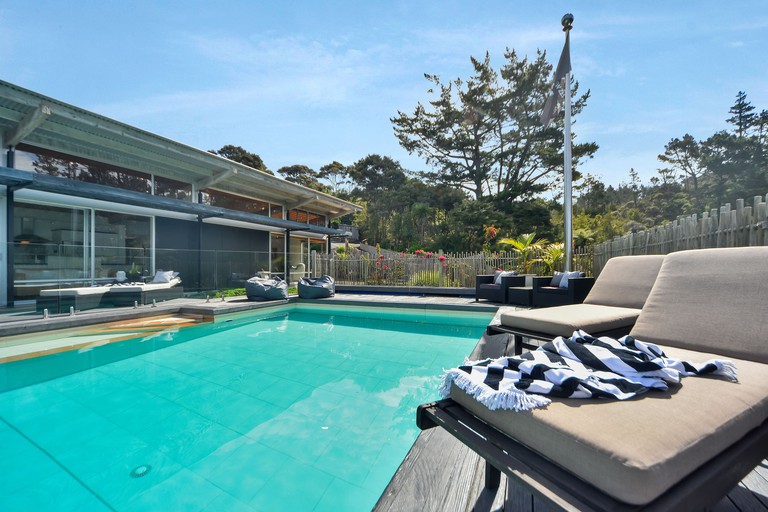 Courtesy of Warblers Retreat / Expedia
View Rooms
A contemporary five-star hotel about 20 minutes’ drive from the city centre, Warblers Retreat is eco-friendly with the latest amenities. Touted as one of the top nature retreats in the country, the boutique hotel is a sustainable sanctuary surrounded by sub-tropical rainforest. You can choose from a range of accommodation types, including the cottage, the lodge and an eco-glamping option. Each suite has its own kitchen and guests are encouraged to pick and cook the vegetables and fruit grown on the retreat for a truly locally sourced meal.
More info 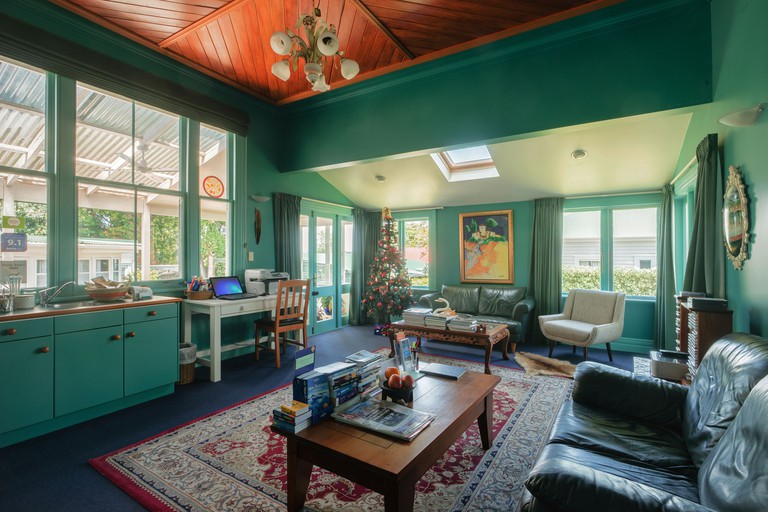 Courtesy of the Great Ponsonby Arthotel / Expedia
View Rooms
Occupying a villa built in 1898, the Great Ponsonby Arthotel is just a short trip out of Auckland city centre in the heritage neighbourhood of Ponsonby. The family-run hotel champions local and indigenous artists, with original pieces throughout. Each of the guest rooms is individually furnished and features some great perks, including small kitchenettes, free guest wifi and a daily newspaper delivered to your door. Make sure to pop by the communal dining area in the morning for the ArtHotel’s legendary cooked to order breakfast, which is paid for as part of your stay.
More info 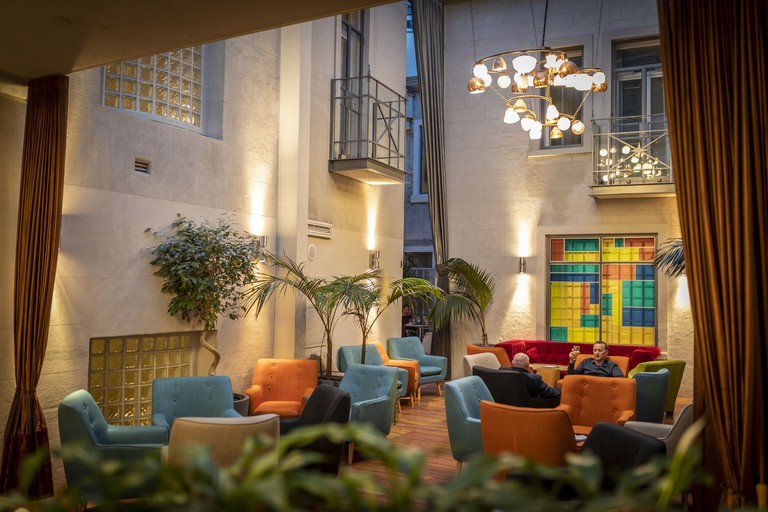 On the corner of High Street and Shortland Street in the centre of Auckland, Hotel DeBrett occupies a building that dates back to 1925. The original structure on this site was the home to the Commercial Hotel, erected in 1841 and one of the first hotels in the city, but it was rebuilt after sustaining damage caused by two fires. Hotel DeBrett has 25 rooms and suites which are relaxed and toned down in their decor, apart from the multi-coloured striped carpets which are the dominant feature. Light-filled DeBrett’s Kitchen sits in a glass atrium — try the braised Moroccan spiced lamb shoulder with anchovy boulangère, black olive crumbs, spring vegetables and mint oil. 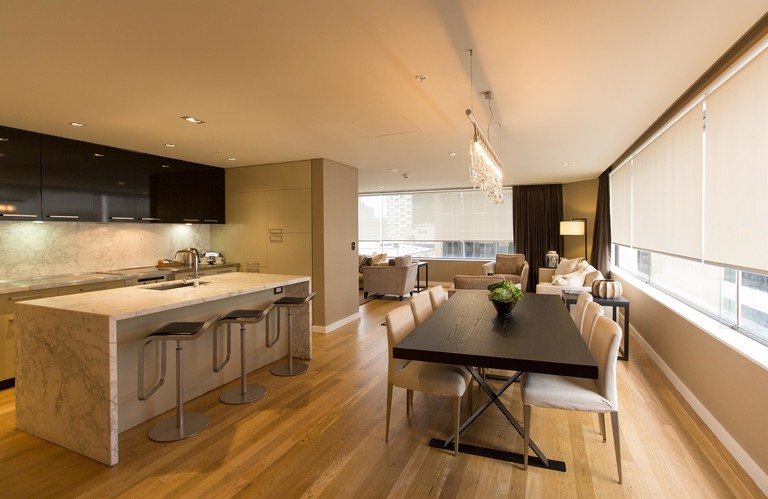 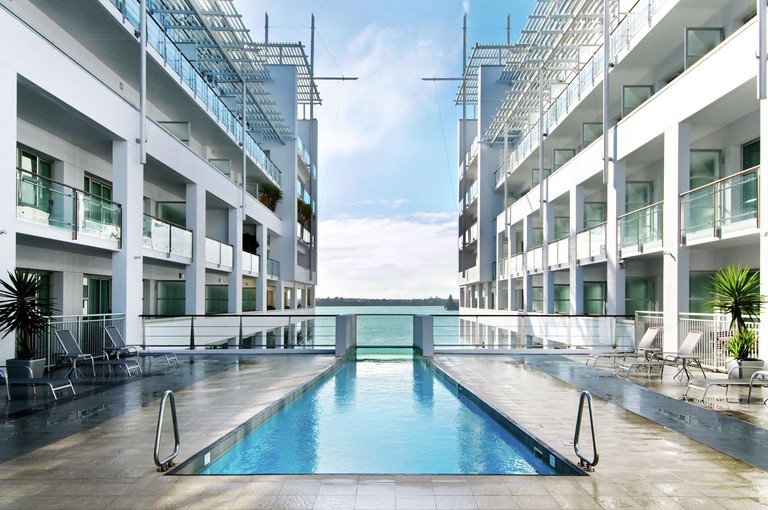 Courtesy of Hilton Auckland / Expedia
View Rooms
Hilton Auckland is on the northern edge of the city, right on Auckland’s harbour. The 150 guest rooms have some of the best views of the harbour in the city, which can also be enjoyed from the hotel’s seafood restaurant or the Bellini Bar, offering excellent cocktails and fine wines. The hotel is only a short walk away from the centre of Auckland.
More info 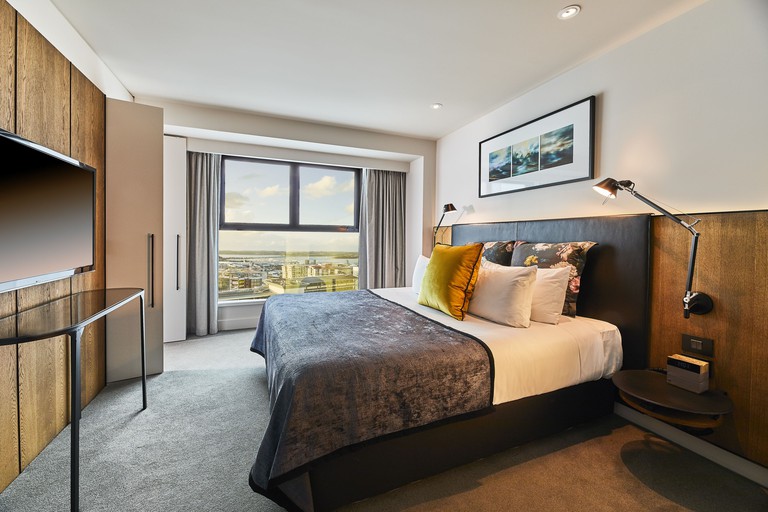 Courtesy of SkyCity Grand / Expedia
View Rooms
The SkyCity entertainment precinct is one of the premier locations in Auckland for live music and theatre, as well as having some of the best restaurants and bars. SkyCity Grand Hotel is in the centre of Auckland’s CBD and offers, as a part of the SkyCity complex, a five-star experience with luxury rooms and suites that feature modern decor as well as 24-hour room service.
More info 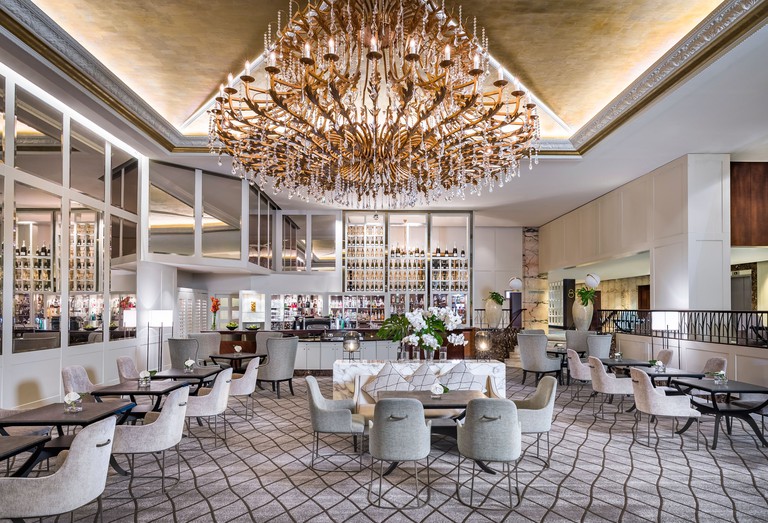 Courtesy of the Langham Auckland / Expedia
View Rooms
The Langham Auckland was established in 1865 and retains a sophisticated British style. In the centre of the city a short walk from pretty Auckland Domain park, the oldest and largest green space in the city, the hotel has great skyline views. This hotel is also the home of the well-known Eight Restaurant, which offers refined contemporary cuisine from around the world.
More info