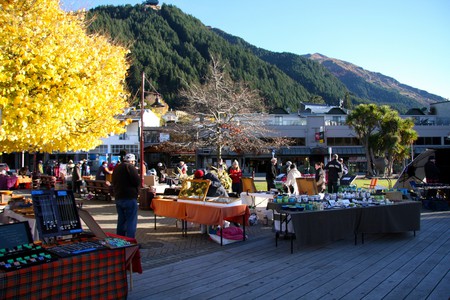 When it comes to farmers markets, the Queenstown region knows how to please. Arts and crafts, local produce, live music and a trove of interesting finds are what you can expect on a typical week. In fact, here are some of the very best in the district to showcase what awaits all passing visitors.

Held every Saturday at the dynamic Earnslaw Park, the Creative Queenstown Arts and Crafts Market is, as the name suggests, the place to immerse yourself in local artistry. Live music and rich waterfront views add to the entire experience. You can browse through a fantastic showcase of handcrafted wares from creators across the South Island – particularly Nelson, Christchurch, Dunedin, and the West Coast. In the spring/summer months (November-April) the market is open from 9:30am to 4:30pm, while in autumn/winter (May-October) it runs from 9:30am until 3:30pm.

The Wanaka Farmers Market takes pride of the fact it is one of the few in New Zealand that operates all year long. Since 2007, its stalls have been serving up an array of homegrown treasures, from organic produce to baked goodies and everything else in between. In winter, the market is held from 3:00pm to 6:00pm on Thursday, outside the Speights Ale House on Ardmore Street; in the warmer months, it operates every Sunday from 10:00am to 2:00pm at Pembroke Park (just a few blocks away from the winter venue). 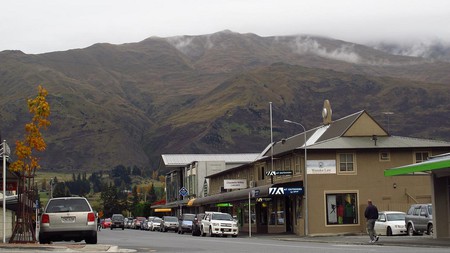 If you’re keen for a day trip outside of Queenstown, head over to Cromwell and browse its local goodies. You’ll need to keep an eye on your calendar, though: the seasonal Central Otago Farmers Market kicks off every Labour Weekend in November, and runs until the Easter Weekend. If your timing is on point, you’ve got every Sunday from 9:00am to 1:00pm to get in on the action. Occasionally, they throw a special theme into the mix – think strawberry markets, Christmas markets, children’s markets, and even a French-inspired market. 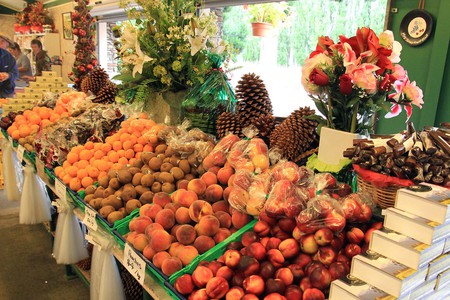 A Market in Cromwell | © jeffowenphotos/Flickr

This one is perfect for those passing through Frankton (which, incidentally, is where Queenstown Airport is located). Head over to the Remarkables Market to relish the mellow atmosphere, awe-inspiring mountain views, and a magnificent collection of crafts, gift ware, and local produce. The Remarkables Park Red Barn is the venue of choice for this artisan gem which, again, is a seasonal operation. This market is open every Saturday 9:00am to 2:00pm from October until April. 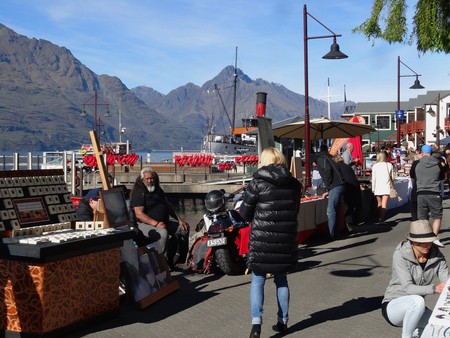 Another seasonal market running from Labour Weekend right through to Easter. Pioneer Park is the venue of choice for the Alexandra Summer Markets, which are held at 10:00am on Saturdays. Since 2007, the market has been under the care of four women locally dubbed the “Four Marketeers”. It is a European-style event; offering up plenty of fresh produce, plants, artisan products, imported items and second-hand goods. The end of the market season also coincides with the Central Otago Easter Bunny Hunt… which isn’t as fluffy as it sounds – although there is a nice community fundraising element attached to it. 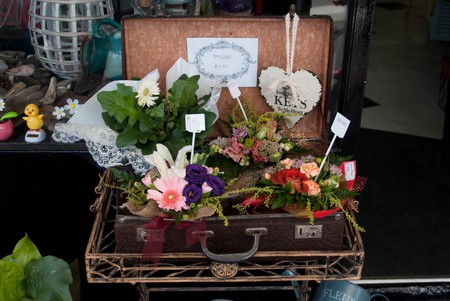 Flower Stall in Alexandra | © Jocelyn Kinghorn/Flickr
Give us feedback