The 8 Most Beautiful Spots in Milford Sound, New Zealand 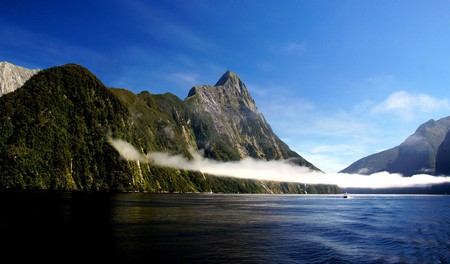 Deep within the dense rainforests of Fiordland National Park lies one of New Zealand’s most celebrated natural wonders. Milford Sound’s beauty has captivated visitors throughout the centuries — and if you’re wondering what all the fuss is about, here are eight stunning gems that continue to enthrall the masses.

This is Milford Sound’s most famous attraction. The Mitre Peak is known for its soaring altitudes — it stands mighty and proud at 1692 metres (5551 feet) above sea level — and is one of the most photographed mountains in New Zealand because of its distinguished surroundings. Its name comes from the fact that the peak looks like a bishop’s headdress, also known as a mitre. Mitre Peak’s summit is also quite noteworthy for having five separate, but closely confined peaks. Most people view this beauty from a scenic cruise along Milford Sound’s inky waters; people seldom try to climb it because of its hard-to-reach location.

Not only is Lady Bowen Falls the highest in Milford Sound, the 162-metre (531-foot) cascade is also the area’s only source of water and electricity. Storms are a common occurrence in Milford Sound, and when the area gets hit with a strong bout of rain, this stunning beauty practically quadruples in size. People commonly see the waterfall from the land, through a guided cruise or via kayak. The walking track to the Lady Bowen Falls had been closed off for 15 years due to safety reasons, but it reopened for the first time in January 2018. 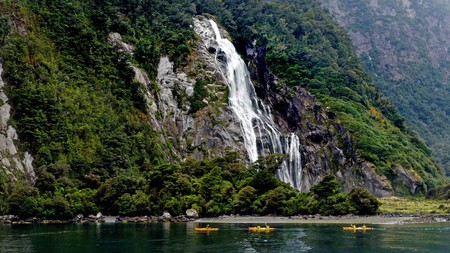 The majestic Stirling Falls is Milford Sound’s second highest; its height comes in at an impressive 151 metres (495 feet). Brave boaters and kayakers are drawn to these powerful glacial cascades as they can easily steer their way right underneath them; the thrill of having the waters gushing all around makes for a memorable experience. The Milford Sound cruises regularly take travellers underneath the Stirling Falls too. Rain coats are often provided on board to ensure that passengers don’t get too chilly. 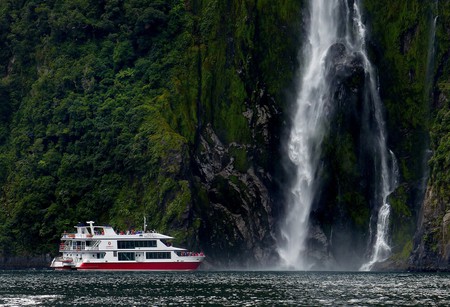 The Elephant and The Lion

The Elephant and the Lion are two extraordinary mountain peaks in Milford Sound, named after the animals they resemble. More specifically, the former takes the shape of an elephant’s head, while the latter looks like a crouching lion. Like Mitre Peak, these are best viewed through a scenic cruise around the area. The Elephant stands at a height of 1517 metres (4977 feet), while the smaller Lion comes in at a still-quite-impressive 1302 metres (4271 feet). 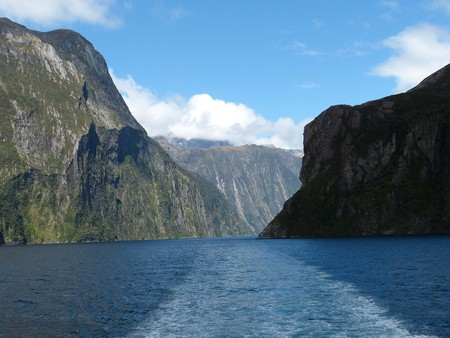 These two permanent waterfalls, right alongside each other, are among the key attractions you’ll stumble across during a guided cruise tour. Fairy Falls is best renowned for dropping directly into Milford Sound; if the weather permits, the boat will make a detour directly underneath it. Like many of its local counterparts, the breathtaking Bridal Veil Falls becomes a fantastic force of nature after being drenched by heavy rainfall. 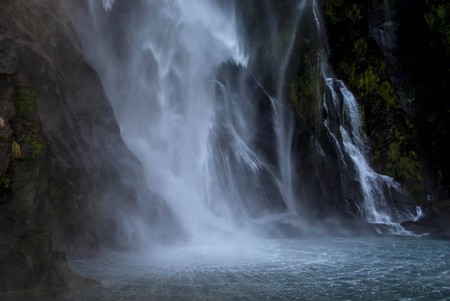 This group of four waterfalls only comes in full view when it’s raining. Named because of their identical size, the Four Sisters can only be reached through guided boat cruises and, after emerging from their mystical hiding place, often become alight as rainbows filter through them. Cruise operators often pass right underneath these waterfalls, typically handing passengers a glass of water so that they can drink from this fresh water source; some even claim that the Four Sisters’ pure waters will make you look 10 years younger. 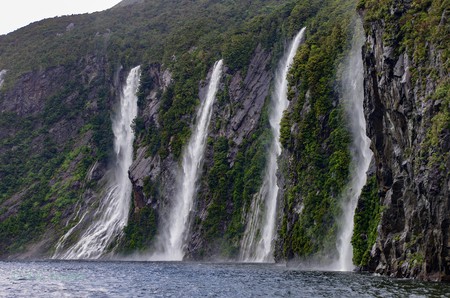 Fiordland National Park is renowned for the incredible array of wildlife that resides within it. Around Milford Sound, one of the best places to catch a glimpse of resident marine animals is Seal Rock, where the native fur seals doze away as they bask in the sun. Seal Rock is also quite unique in the area, given that most of the local critters tend to venture further out — especially since Milford Sound itself is mostly composed of sheer vertical cliffs. 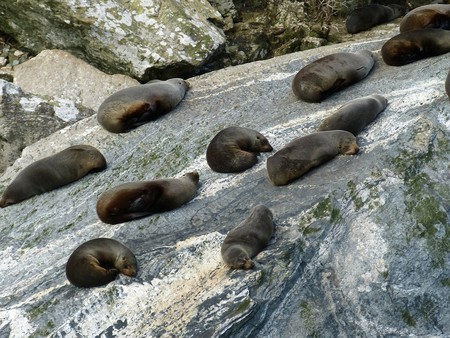 Sinbad Gully is a u-shaped valley, right behind Mitre Peak, that has been carved out of the slopes of its surrounding mountains. This is a significant site for New Zealand scientific research and conservation. In the 1970s, a native kakapo bird, previously believed to be extinct, was discovered residing there. In 2009, the Sinbad Conservation Project was established in partnership with local tourism operator Southern Discoveries, New Zealand’s Department of Conservation and Fiordland Conservation Trust to protect a selection of at-risk species that survive in the gully, including the Sinbad skink as well as endangered native birds like the kiwi, whio, weka and kaka. 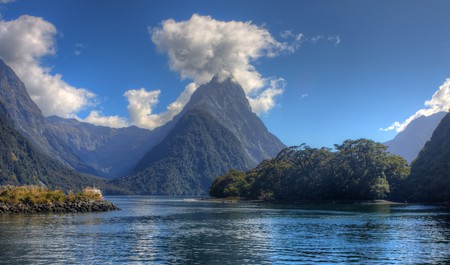