The 15 Most Instagrammable Spots in Wellington, New Zealand 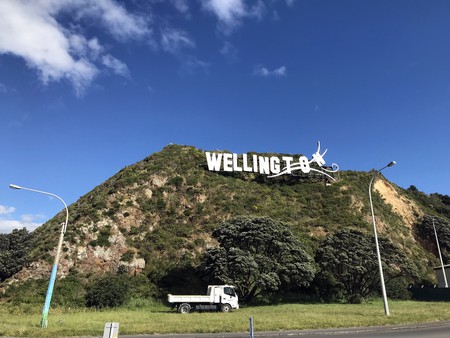 Wellington, New Zealand can be a rough and spiky mistress of a city when the weather is blowing a gale and the rain is coming down. On a good day though – as the locals will often remind you – it simply can’t be beat. Here is our guide to capturing the city’s most Instagrammable spots. 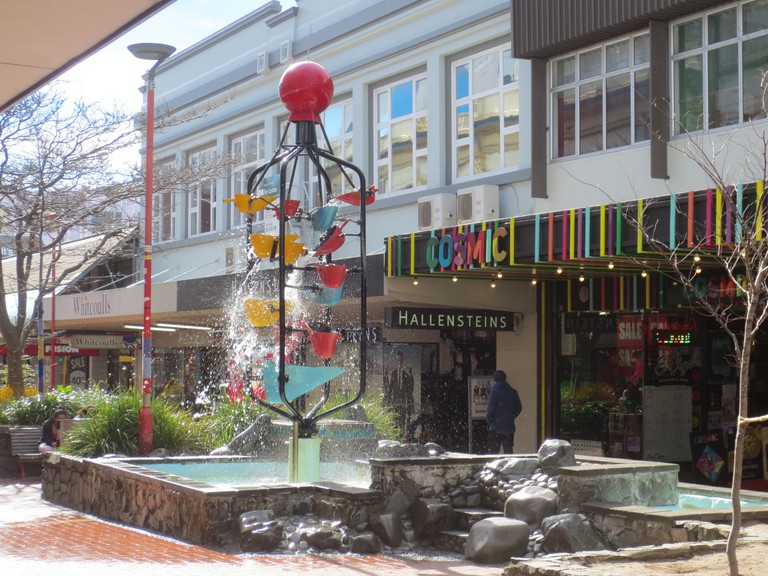 Bucket Fountain on Cuba Street | © G =] / Flickr
Kiwis love to make the occasional jab at this quirky Cuba Street installation, but the Bucket Fountain is such an icon that its absence (even if temporary) would be sorely missed. The kinetic sculpture was designed by Burren and Keen and installed right in the midst of the Cuba Street pedestrian mall in 1969.
Open In Google Maps
Cuba Street, Wellington, New Zealand
Give us feedback 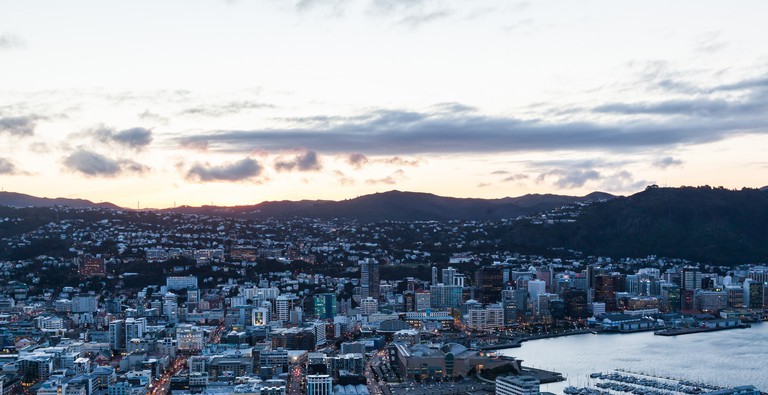 The View from the Mount Victoria Lookout | © russellstreet / Flickr
Known for its incredibly panoramic vistas, Mount Victoria is a 196-metre (643-foot) high summit to east of downtown. Much of it is part of the Wellington Town Belt, a series of inner-city public parkland that is popular among hikers and cyclists. It’s also where Frodo first ran into the Black Riders in The Fellowship of the Ring.
Open In Google Maps
49 Lookout Road, Wellington, New Zealand
+6448024860
Give us feedback 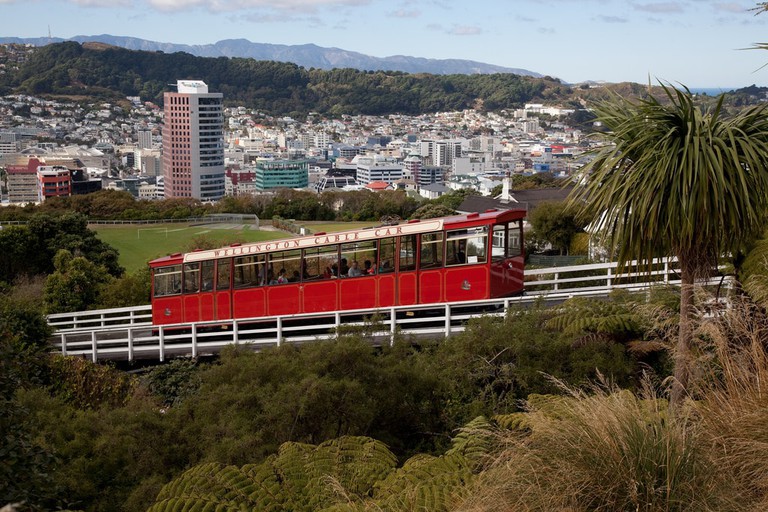 Heading up to the Botanical Gardens | © russellstreet / Flickr
New Zealand’s only functioning funicular railway, the Cable Car takes locals and visitors to many of Wellington’s best locations, including the Botanic Garden, the Carter Observatory, and the Cable Car Museum. It is also within walking distance of Zealandia and (for those who don’t feel like walking) en route to the free shuttle that takes visitors to the reserve.
Open In Google Maps
280 Lambton Quay, Wellington, New Zealand
+644722199
Give us feedback 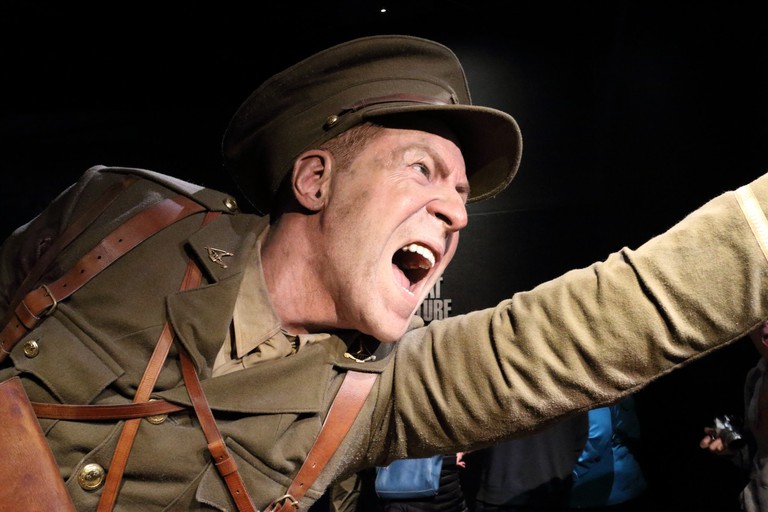 The models are 2.4x the size of a regular human | © j.e.mcgowan / Flickr
Put the rest of your afternoon plans on hold because, once you walk through the doors of this excellent museum, you’ll be immersed for a good three hours or so. Te Papa Tongarewa really is a world-class museum. Its most famous resident is the Colossal Squid – a 4.2-metre squid that was caught off the coast of New Zealand – but that’s only the tip of the iceberg when it comes to exhibits. The Gallipoli exhibition was created by the genius model-makers at Weta Workshop and is Instagrammed up a storm!
Open In Google Maps
55 Cable Street, Wellington, New Zealand
+6443817000
Give us feedback 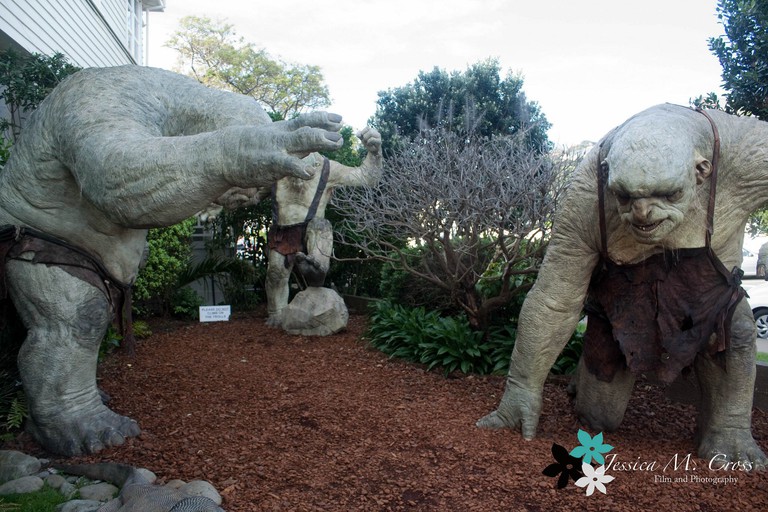 Mirimar's most famous residents | © Jessica Cross / Flickr
Let’s face it, New Zealand was put on the map massively thanks to the cinematic masterpiece that is Lord of the Rings. It’d be a crime to visit Wellington without making the pilgrimage to the Weta Cave, where you’ll find out about the magic Peter Jackson and his team of special and visual effects wizards did for movies such as The Hobbit, Avatar,and Ghost in the Shell. Just look for the trolls outside, and make sure you join the thousands and thousands of people who have already Instagrammed themselves in various poses.
Open In Google Maps
1 Weka Street, Miramar Wellington, Wellington, 6022, New Zealand
+6449094035
Visit Website
Give us feedback 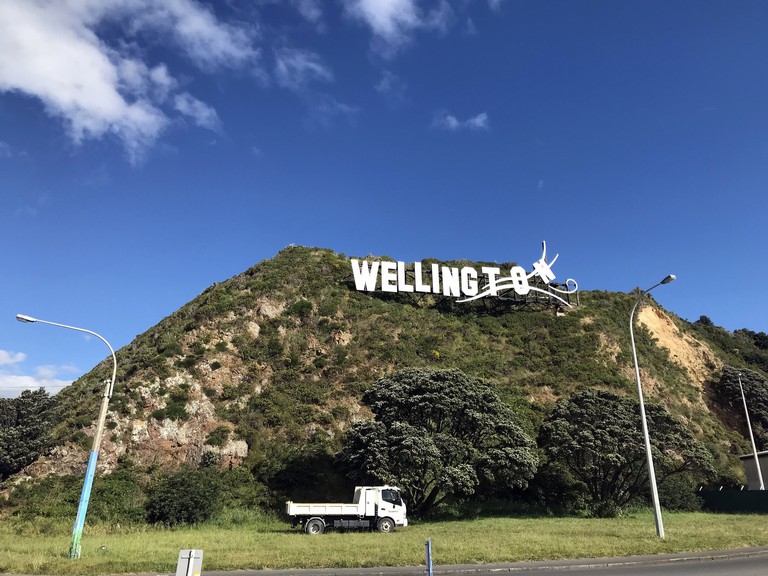 What do you get after a run of films as successful as Lord of the Rings, King Kong, Avatar and The Hobbit? Well, you naturally get compared to Hollywood, hence Wellywood – a beautiful and not-so-witty combination of Wellington and Hollywood. And with this glitzy new title comes a sign to mirror the one in the Hollywood Hills. It’s an Instagram fave – albeit a bit of a cheesy one.

Bar, Cocktail Bar, Restaurant, French, Fusion, $$$
Facebook
Email
Twitter
Pinterest
Copy link
Share
Map View
Set in the Museum Art Hotel, the Hippopotamus Restaurant offers beautiful views of Wellington Harbor while also surrounding its guest with exceptional original artworks. The dishes served are works of art in themselves, inspired by French gastronomy and beautiful in both presentation and taste. But the jewel in the crown that lends itself to so many Instagram accounts around the world is the famed high tea. Check it out if you’re in the area or take a peak online and see what you’re missing out on.
Open In Google Maps
90 Cable Street, Wellington, New Zealand
+6448028935
Visit Website
Give us feedback 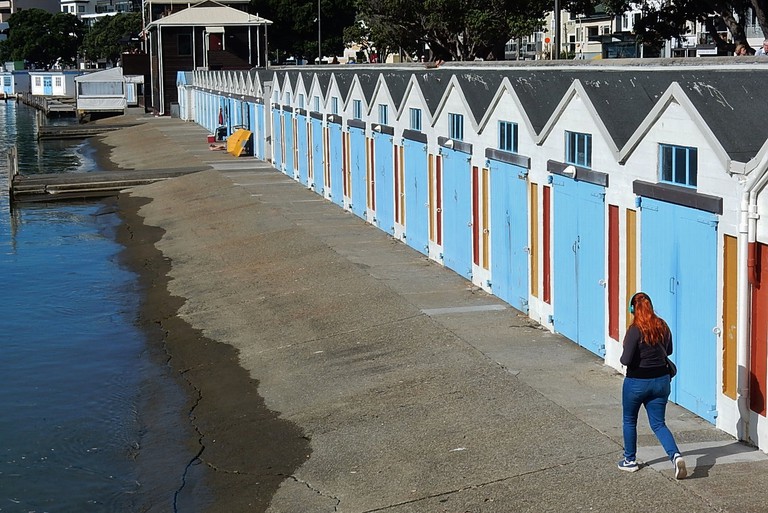 Hey, if they’re good enough to have the famous Victoria Secret model Miranda Kerr pose in front of for The New York Times, then they’re probably good enough for your Instagram feed. 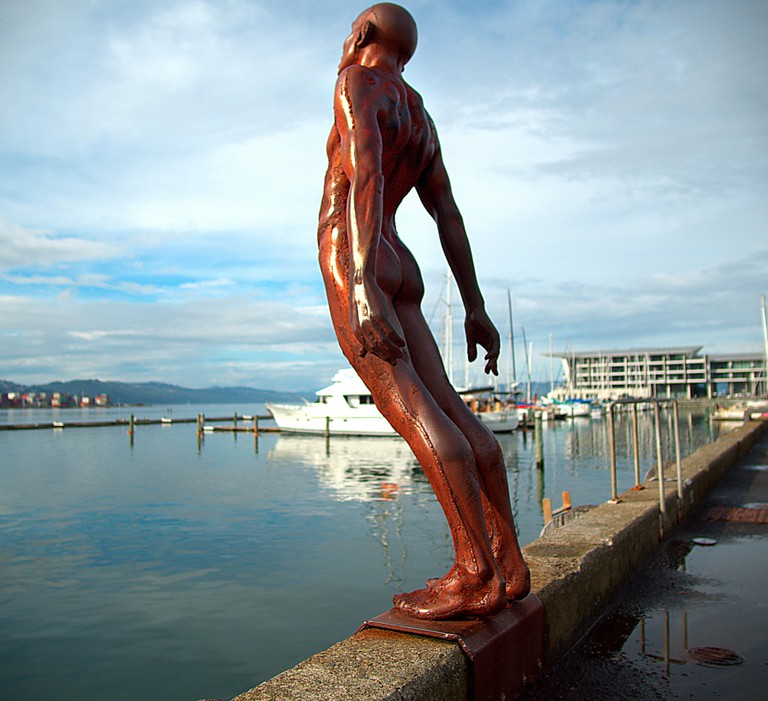 Solace in the Wind | © Grimlock23 / Flickr
The Wellington Waterfront is a perfect spot for a leisurely wander. Traditionally, the waterfront is where many festivals and celebrations are held, including Waitangi Day commemorations, Chinese New Year, and the annual Guy Fawkes fireworks display. It is also home to the city’s oldest market, as well as the compelling Solace in the Wind sculpture – one of Wellington’s Instagram celebs.
Open In Google Maps
15B Barnett Street, Wellington, New Zealand
Give us feedback

Literally setting the words of writers and poets about Wellington in stone, pick which of this Writers Walk series along the waterfront best captures your impressions of the city and whack in on the ‘Gram.

Oriental Bay is just a hop, skip and jump from the city, and a hugely popular spot when the sun shines in Wellington. The golden sands, city views and harbour backdrop make for great Insta shots. It also has a couple of the tastiest cafes in Wellington. Refresh yourself with a gelato from Kaffe Eis.

Wellington might not have the biggest and flashest airport in the world when you compare it to places such as Dubai, Singapore and Los Angeles, but it might just have the coolest. How many other airports have giants eagles swooping though them? Or have a 13-metre, one-tonne Gollum making a grab at enormous trout swimming through the airport? It’s no wonder this airport gets so many hits on Instagram. 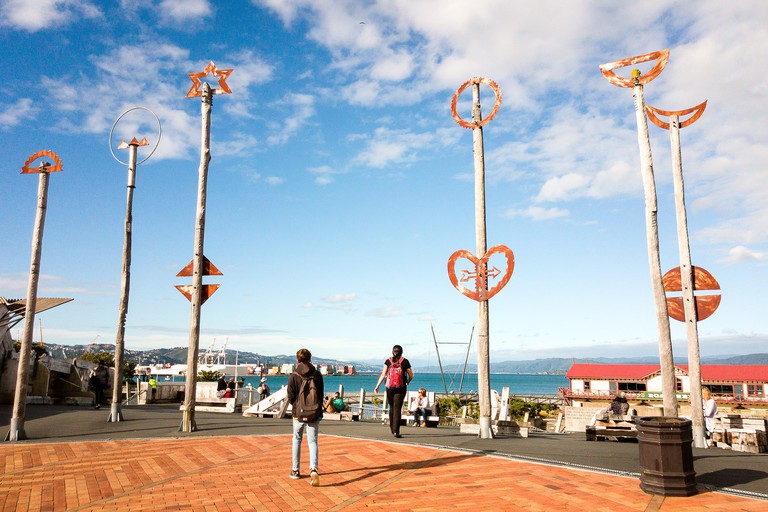 Decorated in a range of sculptures, a traditional bridge this is not. Allow time for a couple of visits to the City to Sea Bridge connecting Civic Square and the waterfront – as the sunlight moves through the sculptures, the area can completely change.

Snap up a feed while you snap some pictures when you visit this awesome and trendy spot. Hannahs Laneway has been transformed from a dull side street into a thriving hub of culinary craftsmanship. Taste your way from boutique peanut butter to craft soda, stop for pint of local beer and admire the street art and installations while you’re there. 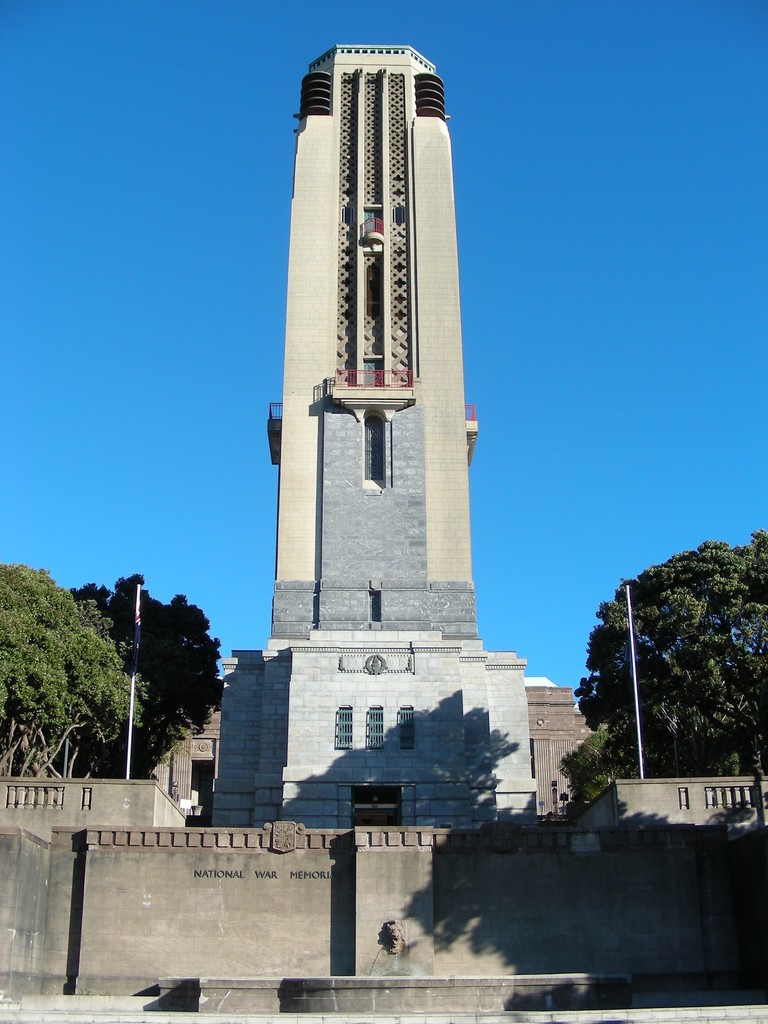 This towering memorial honours over 300,000 Kiwis who have served their country through the African War, World Wars One and Two and other conflicts. If you can make it here to witness the ANZAC Day service, it’s well worth the trip. Save those Insta snaps for when the service is over, though.