The 10 Best Things to Do in Gisborne, New Zealand 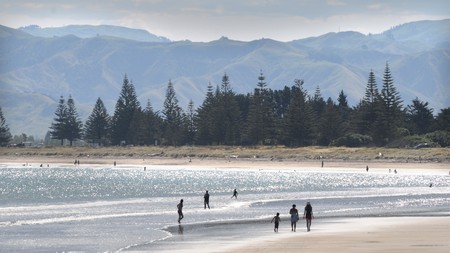 Sun, sand, festivals, history and viticulture – Gisborne has something for everyone. This city on the East Coast region of New Zealand‘s North Island is loved by local and international visitors alike because of its diverse set of attractions. Come with us as we delve into the area’s top 10 things to do, from climbing Kaiti Hill to exploring vineyards.

Be the first to see the sun rise 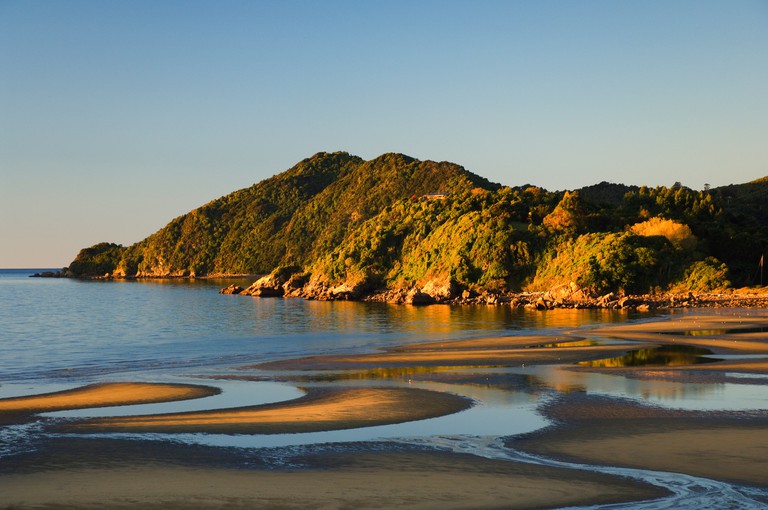 That’s what Gizzy, as the locals call it, is most famous for: Gisborne is one of the very first places in the world to see the daylight. Wainui Beach, just a short drive from the city, is the best spot to catch a glimpse of the sun as it rises above the Pacific Ocean. The memorable experience is guaranteed to make an early morning start well and truly worth it. 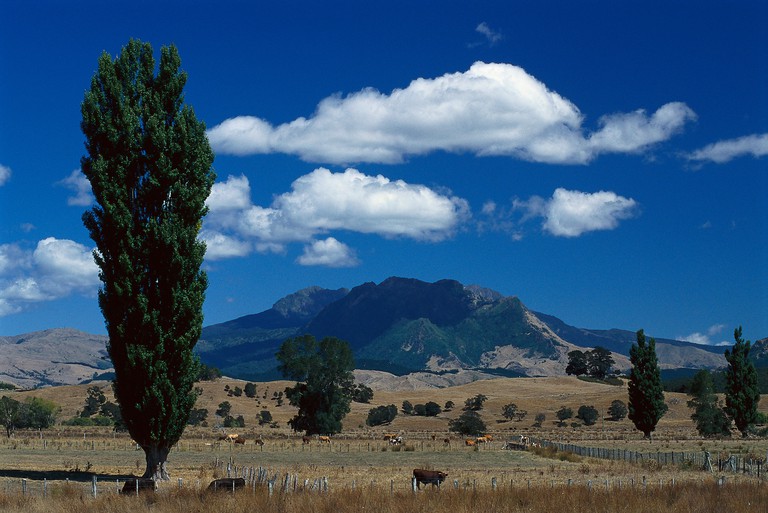 Mount Hikurangi is a 1,752m (5,748ft) peak approximately 80km (50mi) north of Gisborne. It is considered sacred to the Ngati Porou iwi (tribe) that takes care of it; in Maori mythology, this was one of the first parts of the North Island to be fished out of the ocean. Mount Hikurangi sits 50km (31mi) southwest of the East Cape Lighthouse and is one of the first places on the mainland to greet the sun. Hikers can explore the summit’s tracks with permission from the local iwi.

Visit the vineyards and wineries 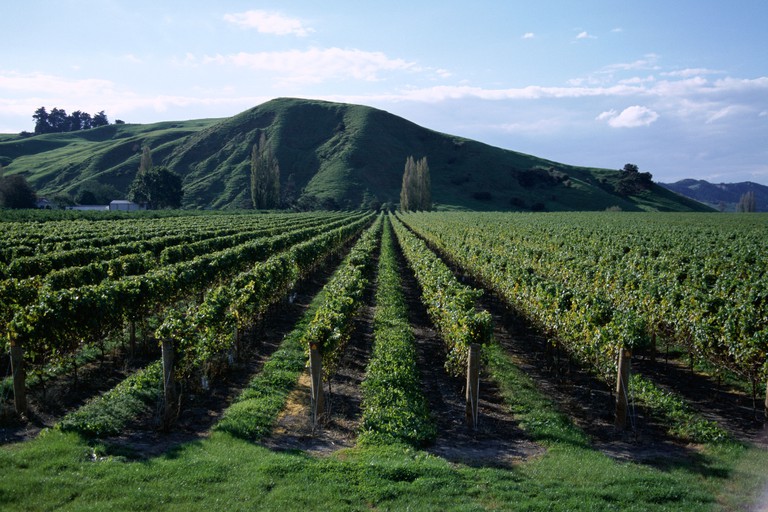 Gisborne is New Zealand’s third-largest wine-producing region. There are plenty of vineyards to explore, and just as many tours to lead you to them. Chardonnay is what the area is best known for, though a selection of boutique winemakers have also gained a fair amount of attention for their Gewürztraminer, Pinot Gris and Viognier production. Gisborne Wine Centre is an independent winery with expertise on local wine, and they work with nearby wineries to stock the best bottles.

It’s not just wine that Gisborne is famous for: the area is also known for its beer and cider and its local foods. The Saturday farmers’ market on Stout Street is the perfect place to get a taste of the local foodie culture: think locally produced honey and cheeses, organically grown produce and freshly caught fish. Food festivals are another local speciality, with Gizzy Food Month in July being one of Gisborne’s prized attractions.

Glide down a massive rockslide 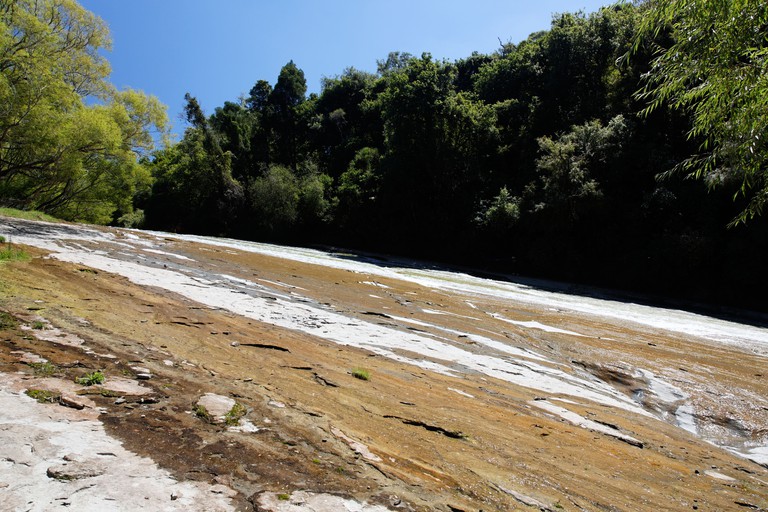 Here’s something fun to do on a hot summer’s day: grab a boogie board and head 50km (31mi) northwest of Gisborne to the Rere Rockslide. This natural attraction will get you rushing past the watery slopes as you splash into a huge pool. Enjoy the fun-filled slide down the bottom, and make sure to check out the Rere Waterfall while you’re there. 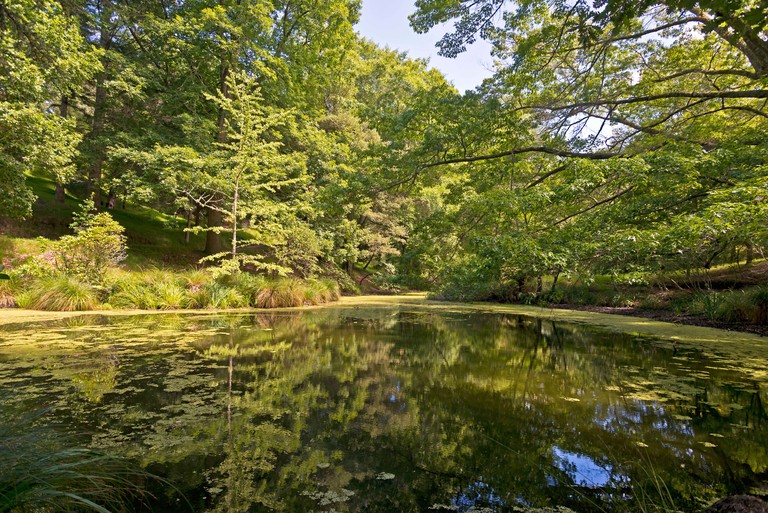 The National Arboretum of New Zealand, also known as Eastwoodhill, is located just 35km (22mi) north of Gisborne. Enter this peaceful domain to be welcomed by an incredible selection of native and exotic trees, spread across 135ha (334 acres) of land. This collection, planted by Thomas Cook, is renowned for being the largest showcase of northern hemisphere trees south of the equator. 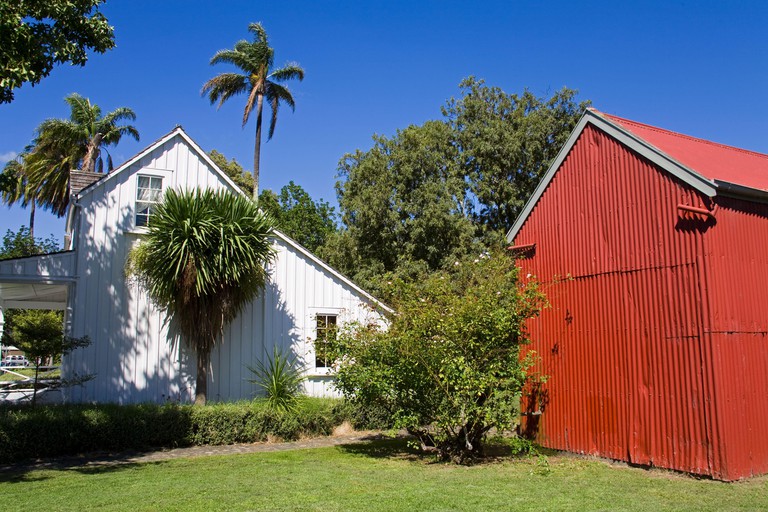 Take a stroll down the Gisborne waterfront to discover a myriad of historic sites. Head to the city centre to find New Zealand’s oldest European cottage, Wylie Cottage, which was built in 1912. Also keep an eye out for the iconic town clock, which was erected in 1934 and is one of the coolest Art Deco pieces to be built after the severe earthquakes that hit the region in the early 1930s. 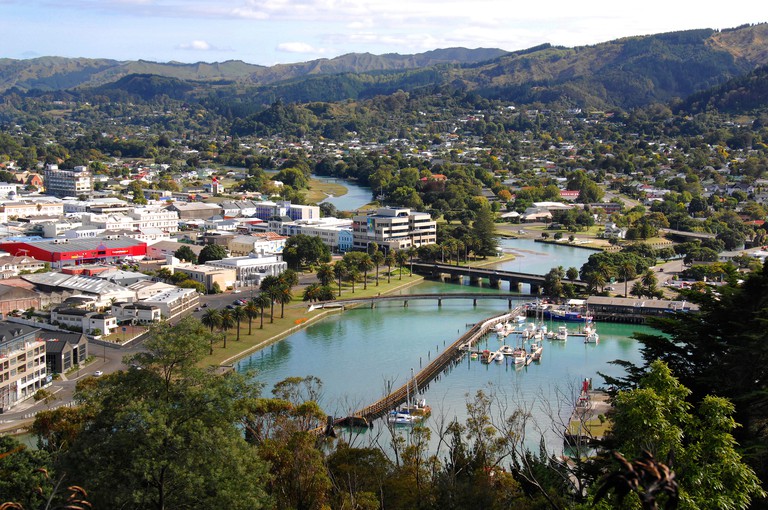 Also known as Titirangi, Kaiti Hill is one of the best places to get a panoramic view of Gisborne and its surroundings, including the cliffs of Young Nick’s Head in Poverty Bay, and Wainui Beach. There are plenty of interesting features within the reserve itself, such as a monument to Captain James Cook, a pohutukawa tree planted by the late Princess Diana, and a World War II gun emplacement.

Hop on a surfboard 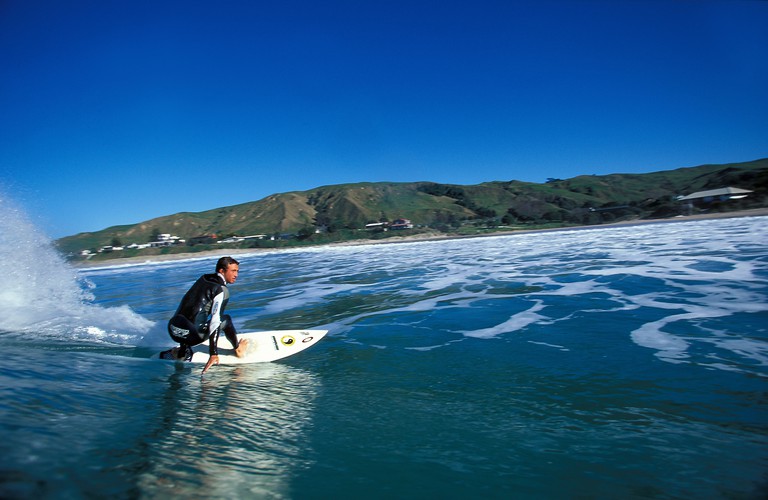 Kiwi surfers are drawn to Gisborne’s beaches because of their consistent swells and off-grid vibes. Makorori, Wainui Beach, Waikanae and Midway Beach are some of Gizzy’s top surfing destinations. Even if you’re not keen on hitting the waves, the scenic coastlines are worth visiting for their stunning views alone. 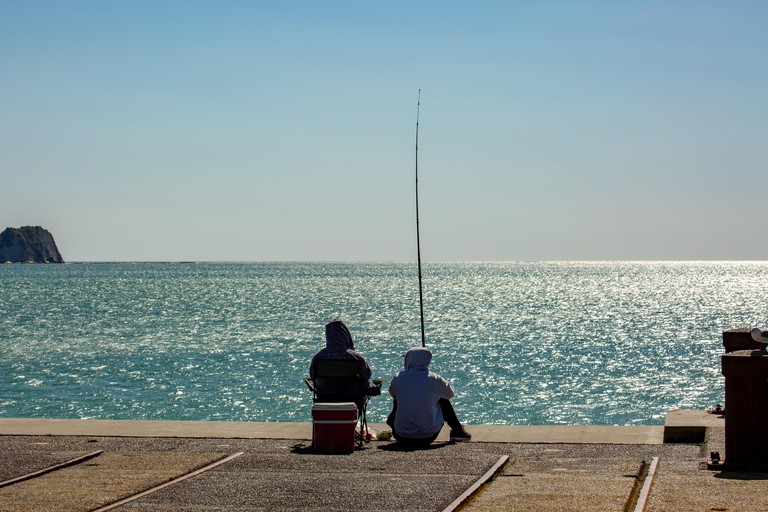 The East Coast is widely recognised by locals as a prime fishing location, and Tolaga Bay Wharf, just 45 minutes from Gisborne, is the best place to try your luck at dangling a line. And if you don’t manage to catch anything, you’ll at least get to marvel at the crystal-clear coastal vistas. There’s a bit of history to learn about too: the wharf itself is the longest in New Zealand, built in the 1920s to accommodate the area’s passing vessels.