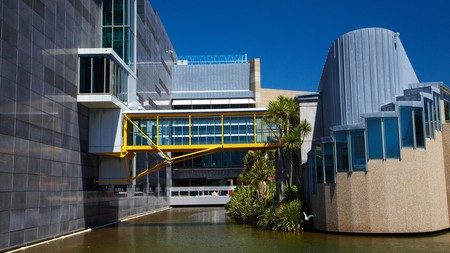 At first glance, the commanding building Te Papa occupies on Wellington’s waterfront gives away nothing to the untrained eye as to the history of the museum, and how it came to be one of the most powerful cultural and educational tools New Zealand has to offer. But delve a little deeper, and Te Papa’s magic will start to reveal itself.

The life of Te Papa started over 150 years ago, in its first iteration as the Colonial Museum found behind Wellington’s Parliament buildings in 1865. At this time, the museum housed primarily scientific collections, but also dabbled in art, antiques and what would politely be referred to as “curiosities”. It wasn’t until 1930 that the idea for a national art gallery was cemented, with the National Gallery and Dominion Museum Act. However, it ended up taking a while before it became known as the National Museum – finally changing its name in 1972. And then, by the time the 1980s came around, the museum had outgrown itself and was also not representing the diverse community of Wellington. 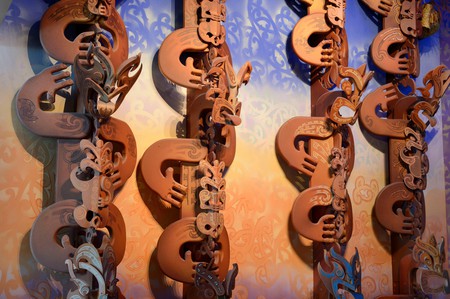 The Museum of New Zealand Te Papa Tongarewa Act came in 1992, which was to be a partnership between Tangata Whenua (Māori, the indigenous people of New Zealand) and Tangata Tiriti (people in New Zealand by right of the Treaty of Waitangi, the history of which can be explored in the Signs of a Nation exhibition). The museum’s role would be to represent the diverse culture and society within the country, and be a place of discussion, debate and celebration. By 1998, the new museum opened its doors, named Te Papa Tongarewa – meaning container of treasures – and since then, millions of people have explored its extensive collections.

Jodine La Pere, marketing manager at Stray, explains, “When you’re travelling in New Zealand, you can’t miss the Te Papa Museum in Wellington. The impressive and interactive exhibits will teach you so much about New Zealand, our unique wildlife, natural environment, our history and what it means to be a New Zealander – all in one place!” 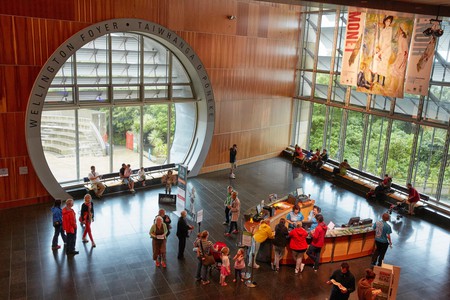 Split over six floors, the collections are divided into art, history, taonga Māori, Pacific cultures and natural history. For those not knowing where to start, head to the fourth floor and the Mana Whenua exhibition – and dive straight in to the Māori world, which features the world’s oldest wharenui (an intricately carved Māori meeting house). This section of the museum could take up hours all on its own.

Another unique space to Te Papa is the nature zone, which opened in 2019. The exhibition area features over 1,200 items from the natural world of New Zealand, including a rare and priceless moa egg – one of only 36 in the world and thought to be around 700 years old. Interactive areas of the exhibition are ideal for younger visitors, but all ages will marvel at the weird and wonderful characters making up New Zealand’s wildlife, while discovering why they are so different to their counterparts elsewhere on earth. There is even a house that simulates an earthquake, highlighting how geological forces helped to shape the landscape of the country. 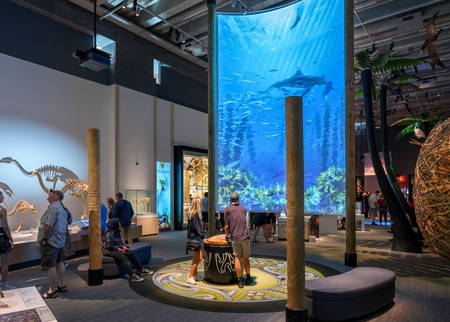 Special exhibitions also feature at Te Papa, some of which come with an entry fee. Past exhibitions include Tatau: Sāmoan Tattooing and Photography, which explored the significance and history of Sāmoan tattooing and how it features in the culture of New Zealand. For a completely different experience at the museum, Wonderland was an interactive and immersive exhibition, celebrating Lewis Carroll’s most famous work. And something for future visitors to look forward to – a collection of 180 pieces of Surrealist art from Rotterdam’s Museum Boijmans Van Beuningen will be on display in the upcoming Dalí and the Surrealists exhibition from 5 December 2020. Te Papa is the only venue in the Asia Pacific region to play host to this exhibition.

The work of Te Papa extends far beyond the walls of the museum. In 2003, it was mandated by the government to repatriate Māori and Moriori skeletal remains from international institutions, to be returned to their iwi (tribes). To date, over 400 Māori ancestors have been returned to New Zealand, with the museum estimating a further 600 remains to be repatriated. In this and many other ways, Te Papa is a tangible symbol of what New Zealand is striving towards as a nation – unity and cultural understanding. It truly is an exceptional experience for visitors to the city, and will enhance their perception of the culture, history and natural world of New Zealand.