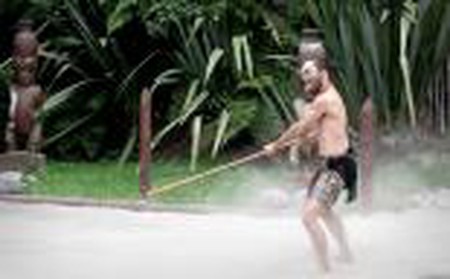 Awarded the title of New Zealand’s ‘Most Cultural Experience’, the Tamaki Māori Village lets you experience an authentic Māori community nestled in the spectacular Rotorua forest. The village offers encounters with ceremonial rituals and traditions, hangi feasting, cultural performances, storytelling and a chance to see what defines Māori culture and society. 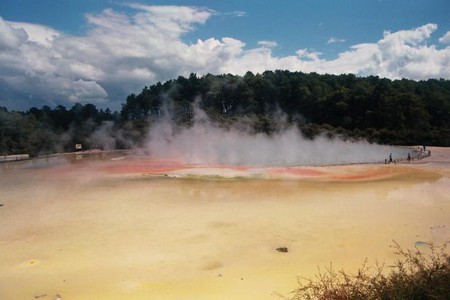 Māori culture is the culture of the indigenous Eastern Polynesian people of New Zealand and forms a distinctive part of the country’s culture. The history of the Māori people begins over one thousand years ago; the ancestors of Maori departed their homeland of Hawaikinui, setting out in numbers of Waka (canoes) in search of a new land. They navigated on their journey through vast oceans reportedly using only the stars and sub-tropical wind systems to guide them. These genesis tales have formed an integral part of Māori culture and are still told today. Following the settlement of what is now New Zealand, the Maori thrived for many hundreds of years before European colonisation in the late 18th Century. Living as familial communities on tribal land, the Māori people developed their traditions, cultural beliefs and sacred rituals, which have been handed down from generation to generation and are very much in evidence today in Māori communities such as the Tamaki Māori Village. 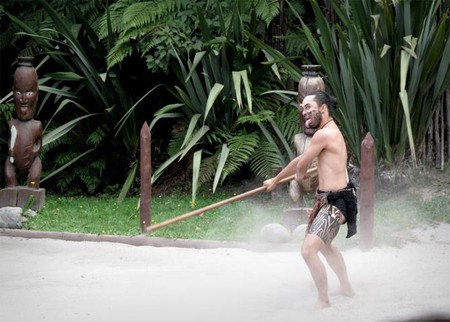 En route to the village, your visit will begin with a guide relating the rules and protocol that one must adopt upon entering a ‘Marae’, a communal or sacred place that serves social and religious purposes in Polynesian societies. When you arrive, each visiting tribe will appoint a chief to represent those within the visitor group. This is an extremely honourable task and as you make your way across the village, you are asked to imagine the journey of the original Māoris who migrated whilst some of their legendary tales are regaled. Nobody may enter the fortified village until the ‘Powhiri’ (a formal welcome ceremony) has been performed. If the peace offering is accepted, ‘haka’ (traditional dance) challenges are performed by a series of warriors from the village. This is a thrilling, if slightly alarmingly confrontational dance, which is famous throughout the world because of the New Zealand rugby team’s regular, pre-match performances of the haka. Afterwards, you cease to be a ‘guest’ but instead, are considered to be Tangata Whenua – one of the Māori people. 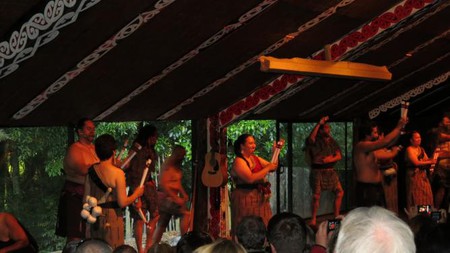 The ancient traditions and customs of the Māori are resurrected in the village as you discover the various art forms, ways of life and traditions for Māori people. The visitors can talk freely to the village people and converse with them about their tales of history and ancestry. Other activities on offer include traditional Māori tattooing, seeing warriors train for war, weaving and creating crafts and examining extraordinary wall carvings. The traditions of song and dance within Māori culture are considered very central in importance, and the presence of both is felt consistently during your time spent in the village. The Haka and ‘waiata’ (song) were ways for Māori to share and protect their stories and these art forms are rooted in their culture and history.

After your time exploring, it is time for the hangi feast. You’ll discover the succulent flavours of traditional Māori Cooking with a hangi meal prepared just as the ancestors did, in an earth-oven. The traditional hangi steams under the earth on hot rocks for a number of hours ready for the guest’s arrival. The meal is complemented by traditional Māori bread, seafood and much more, along with vegetarian options. After feasting, your time ends with the ‘Poroporoaki’ – an official closing ceremony, in which your time as a Māori concludes. 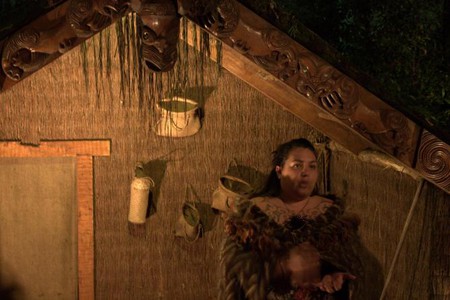 The Tamaki Experience runs daily and includes transfers from accommodation around Rotorua as well as a guide to host you through the visit. This family-run and owned business has accumulated many honours in the New Zealand Tourism Awards. The Tamaki Māori Village is a blend of character theatre, a guided tour and storytelling. Due to its renowned success, it is now very large and more commercial, which may not appeal to some. It is however undoubtedly one of the best places to experience traditional Maori culture, and a visit is definitely worthwhile if you’re in the area. Prices are $110 for adults with various concessions for adults, children, students, seniors and groups.

For more information, please visit the The Tamaki Experience website.