The 2011 earthquake wreaked havoc with Christchurch, tearing emotional and physical wounds through the heart of the community. Some of the most important and beautiful contemporary art galleries were destroyed or severely damaged in the quake; yet, it is said, ruin is the road to transformation. Here we take a look at the current art scene in Christchurch, New Zealand, assessing the effect of and surprising developments from the 2011 disaster. 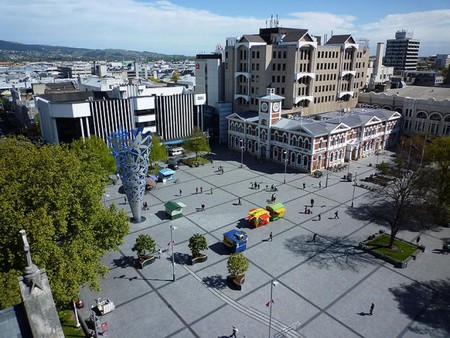 One of the best examples of the ever-changing artistic state of Christchurch is the Physics Room Gallery. Stephen Cleland – director of the contemporary space until 2012 – had his dream destroyed when his newly opened gallery became yet another victim of February 2011. Three years on, creativity is taking a less passive, figurative position in the city and is instead invigorated by the communal reaction to art in light of this desperate event. Having been forced to move to a temporary gallery space in Sydenham post-quake, Cleland reported a significant increase in the thirst for modern art amongst members of the community, with people volunteering to provide food for exhibitions and unprecedentedly large numbers flocking to take part in and view his new artistic ventures. Now back in the venue that became its first home in 1999, the Old High Street Post Office Building, The Physics Room is a bastion of strength in an otherwise disintegrating area of the city. The renewed enthusiasm for culture demonstrates the intrinsic value of art to local quality of life – the desire to take in the awe-inspiring dimension of painting and sculpture so quickly after the quake showcases the solidity, commonality and, to some extent, camaraderie offered by art when all around is chaos.

The need for distraction is palpable: the previously overflowing artistic scene of Christchurch has now inevitably been dispersed, with people establishing pop-up galleries and moving to alternative spaces wherever they may find them. Due to this, the public is becoming more and more accustomed to taking literal artistic pilgrimages to view and appreciate the arresting quality of modern art. 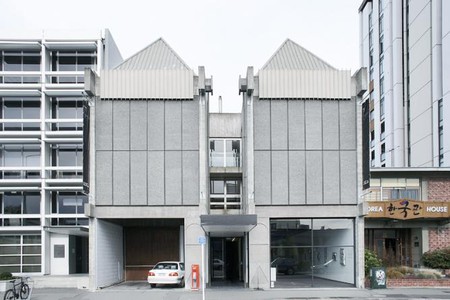 Amongst the pieces, most highly praised are those that draw inspiration from the devastation. Despite having been closed since the disaster, the Centre of Contemporary Art (COCA) has, in its front window, the work of Sam Eng, who has produced a sculpture themed around the restoration of the restricted red zone. Arguably the most poignant creation of this ilk is Mike Hewson’s ‘Homage to Lost Spaces’, penned into the crumbling walls of Cranmer Courts. Hewson’s haunting work is a tribute to fellow suffering artists and Cranmer Court has become almost an artistic temple in the years following the quake, with photographs, drawings and murals abounding in dedication to the community.

It is the hope of this artistic community in Christchurch that the sudden lack of formal gallery space will prompt artists to experiment with different mediums in a variety of unusual and unconventional locations, thereby creating an organic and unique cultural experience. Indeed, this process has already begun: Bryan L’Estrange of L’Estrange Art Gallery has commissioned beautiful, al-fresco artworks to line the unsightly shipping containers used to protect residents against crumbling cliffs. On PVC stretched canvas, local New Zealand artists such as Shane Cotton have devised formidable art installations of 12 meters wide and often two storeys high. The first work of its kind was created by L’Estrange himself, entitled ‘First Light – the Second Phase’, showing a circular aperture on the canvas through which a bleak yet calming seascape can be seen stretching out into the distance – a symbol of hope for Christchurch, perhaps.

It is initiatives such as ‘Dog Park’– the brain-child of Chloe Geoghegan, Ella Sutherland, Barbara Garrie and Tim Middleton– that demonstrate the resilience and sheer creativity of Christchurch artists. Dog Park, established in June 2012, is a project space devised for local and international practitioners, in which they can freely create and exhibit their works. In a similar vein is the Artbox project, situated at 16 Loftus Street, Papanui, Christchurch, which pledges to house the work and nurture the talent of artists displaced by the earthquake.

One of the quickest galleries to reopen was the Bryce Gallery, relocating from its premises at 122 Riccarton Road to the corner of Riccarton Road and Paeroa Street in September 2011. The wide, spacious gallery now displays works as diverse as Stephanie McEwin’s crowded scenes to the abstract sculpture of Anneke Bester. Owner Denise Bryce is committed to fostering the aura of solidarity accumulating amongst the artistic community of Christchurch, recognising the unfortunate likelihood that 2011 will not signal the end of natural disasters affecting the area. To that end, the Bryce Gallery frequently hold workshops to encourage creativity in the local area, focusing on raising and inspiring a number of young contributors to sustain the artistic energy that currently surges through the city.

Given the level of improvisation needed in the months and years following the quake – including erecting temporary galleries within modular boxes – Christchurch now possesses one of the most exciting, unusual and exhilarating art-scenes in the world. Take for instance, the new temporary Arts Hub, completed in 2013, with 11 temporary public artworks and two permanent collections in the stretch from the Botanic Gardens to St Asaph Street. In addition to this, there is a thriving café and sheltered courtyard as well as a stage for live events and interactive art installations. 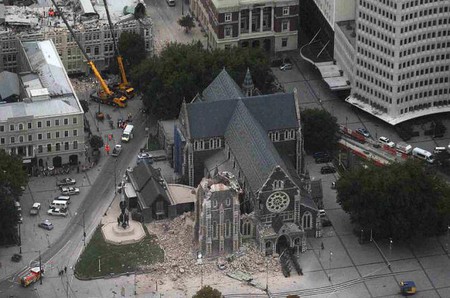 People have come to embrace and enjoy the impermanence of the exhibitions, roaming between the temporary pop-up art shows in places as obscure as the rooftop of C1 Espresso to the impressive ten metre sculpture suspended between Cathedral Square and the Transitional Cathedral. There is also an increased interest in experimenting with different mediums, evident in the Gap Filler Creative Regeneration project. Gap Filler was established after the earthquake to temporarily make use of vacant sites left desolate within Christchurch, featuring everything from pedal powered cinemas to golf and an abundance in between. Despite the city gradually finding its feet again, there is no haste to remove such initiatives – happily the Gap Filler projects have returned for 2014, restocked with fresh, new ideas and wackier activities.

Christchurch is far from a struggling city: the spontaneous nature of its art scene is both heartening and formidable, demonstrating resilience that is a credit to New Zealand as a whole. The earthquake has, in a way, purged the city and allowed for restoration of artistic ideals in addition to restoration of architecture, allowing for the rebirth of creativity and resulting in not only a resurgence of interest in art but a realisation of its importance as a centre of the community.