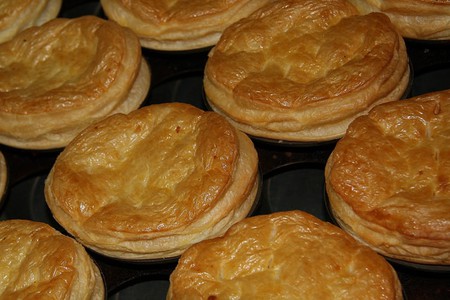 Like all cliched aspects of any country, the fact that New Zealanders are partial to a pie is a joke that stems from a grain of truth. So, why has it become a common belief that New Zealand would fall apart without this humble pastry treat? Read on to find out.

Like anything in this varied and fantastic series of events we call life, it is important to understand the topic under discussion before delving deeper into its mysteries. To coin a metaphor, you can’t just dive head first into the gravy without first confronting the flaky, buttery pastry of a subject. Basically, what we mean is that you have to start at the beginning before you can fully comprehend the end product. Before we can understand just how the humble meat – and it is usually an unspecified “meat” pie that springs to mind at times like this – pie gained such an iconic culinary reputation, we must first become familiar with the idea of the pie itself.

It’s funny when you think about it, but depending on where you are in the world, the word “pie” conjures up different instantaneous, synaptic images from the old brain. For instance, the obvious example is that if you’re in America, and some kind person offers you some pie, the first mental picture that slides tantalisingly into your mind’s eye is that of a steaming freshly baked apple pie – probably resting on a windowsill. If you happen to be in Florida you might be struck by the thought of a generous wedge of Key lime pie. Or, if it’s Halloween, you might be thinking that you’re about to have the pleasure of wrapping yourself around a portion of pumpkin pie. 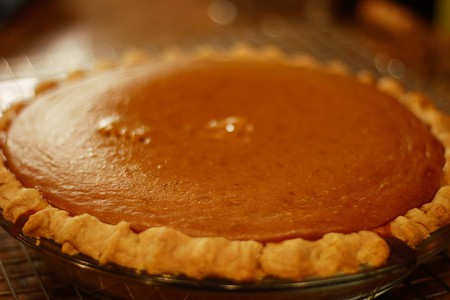 In Britain – on one of those lovely, rainy nights on which Fate sometimes agreeably plonks you in the pub – if you were to see “pie” on a menu, most likely it’d be referring to Shepherd’s pie. Or maybe a hearty helping of chicken and vegetable pie. 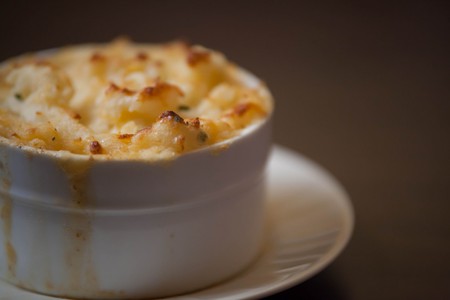 In New Zealand – and Australia too – there’s only one thing that someone can mean when they offer you a pie, and that is a handful package of pastry delight. Yes, there are big pies on offer out there, but typically what is understood by the word “pie” in the Antipodes is a single-serve portion that you can hold in the hand – which leaves the other hand free to hold a chilled bottle of craft beer. 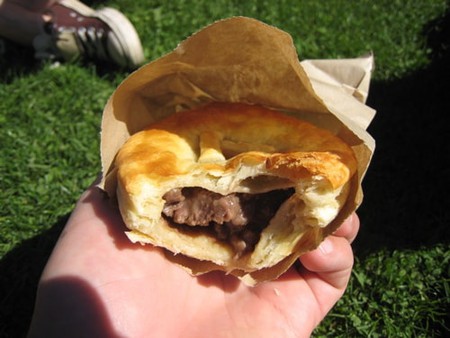 Now, we’re not talking solely about flavours and ingredients here. Much of the simple beauty of the pie resides in its versatility when it comes to satisfying cravings. There’s nothing quite like a chicken korma pie after an over-exuberant night on the tiles. At breakfast during the week, you might find yourself running a bit late for work and wander into your local pie purveyor for a sensible gourmet bacon and egg number. Likewise, when you find yourself meandering happily home at three in the morning, there’s nothing that satisfies that primal urge for gravy, pastry and unidentifiable gristly bits than a chilli-beef and cheese pie from the petrol station. 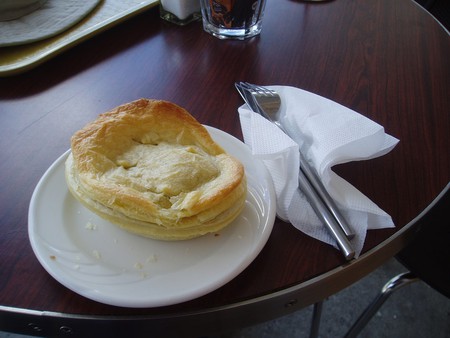 This brings up another point, and that is that there are a couple of different pie classes, if you will. At one end of the scale are the gourmet pies; the handcrafted treasures with fillings comprised of goats cheese and kumera (the Maori word for the sweet potato), smoked salmon, dill and white sauce, venison and wild mushroom. Then at the other end of the dial are the one-dollar pies that you can pick up from petrol stations and dairies – and no, a “dairy” is not a place where milk is processed, it’s the New Zealand word for corner shop. These mass-manufactured pies might be seen as “cheap and nasty” by the connoisseur, but they have their niche in the market and they always have. These typically come in the varieties of mince, mince and cheese, bacon and egg and steak and cheese. These flavours could be considered the pie industry standards, the classic and time-tested go-to ingredients that have retained the enthusiasm of the pie-loving public for years.

The importance of the pie

As much as it’s laughed about by foreigners and, indeed, Kiwis themselves, the fact that something as seemingly mundane as the pie has become part of the national identity can’t be denied. It holds a cultural significance within its flaky depths, but it also feeds the country in a very real way. Many a woman and man take advantage of a quick pie when the lunch-bell rings. Yes, they might not be the smart option for those who are worried about shedding a few extra kilos before bikini season, but they’re quick, hot and, because of their popularity, made fresh every day. In the winter time they’re a filling and warming lunchtime option, which is why they’re so popular with builders, plumbers and other trades people who are out in all types of weather. 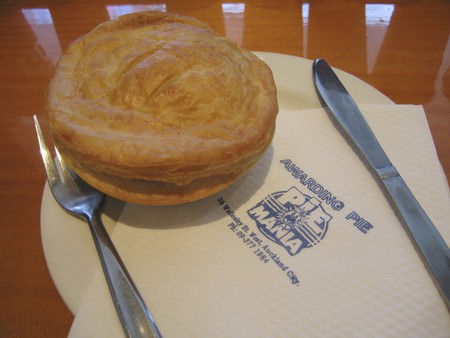 Kiwis and their love of the pie

The pie is consistently voted as New Zealand‘s favourite comfort food, ahead of ice-cream and even chocolate. Although the market for the more gourmet and upmarket pies is increasing, it’s the meaty classics that still hold sway over the hearts of New Zealanders, with steak and cheese, the potato top (a mince pie with a mashed potato crown), and mince and cheese pie being three firm favourites. There are – unsurprisingly – annual pie competitions, which pie makers take deadly seriously, such is the recognition that comes with placing top in your category. However, all good things should be taken with a degree of moderation, and over 50% of Kiwis see pies as a weekly treat, whilst only around 3% hold them in such high regard as to think of them as more of a daily necessity. 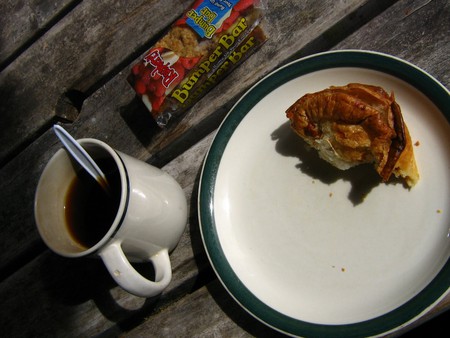 Next time you’re pondering what to get as a quick and filling lunch, disregard the usual fast-food choices and go the Kiwi route, and grab yourself a pie from your nearest bakery.