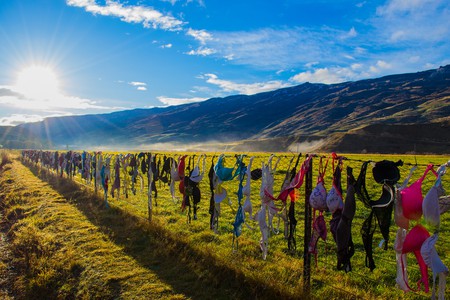 New Zealand might be better known for its cinematic backdrops – but look a little closer, and you’ll find some delightfully wacky gems colouring its landscapes. From iconic landmarks that celebrate all things Kiwi, to the weird and wonderful attractions that will leave people scratching their heads, here is a quick guide to the country’s quirkiest must-sees.

Expatriate Austrian artist Friedensreich Hundertwasser fell in love with the North Island town of Kawakawa in the 1970s. An ornate toilet block, made out of community-donated, recycled materials, was his only artistic project in the Southern Hemisphere — and the last one completed in his lifetime. The Hundertwasser Public Toilets were opened in 1999, and quickly became Kawakawa’s primary tourist attraction. In fact, you’d be hard done to find any other toilet block that has been photographed as frequently as this one. 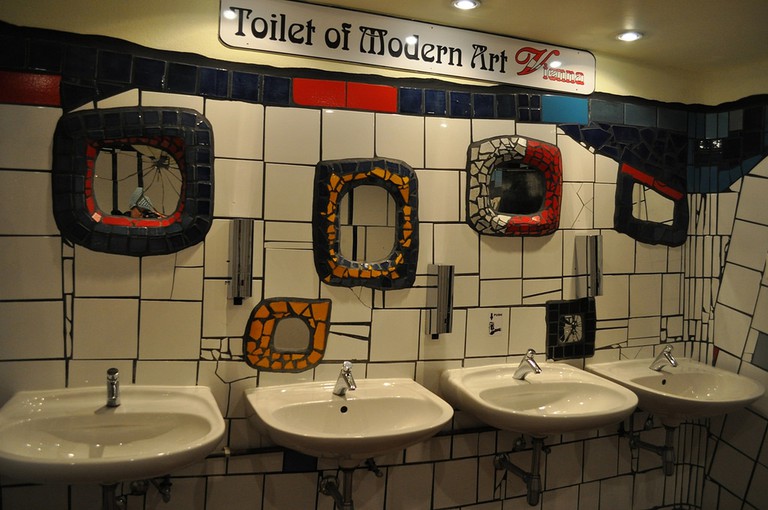 Inside the Hundertwasser Toilets | © Tratinchitza/Flickr

What’s a New Zealand quirky guide without some sheep? While the ovine stereotypes are nearing their expiration date, Sheep World continues to carry out its rural endeavours. Visitors flock to the farm to see its live shearing and rounding-up demonstrations, and to get some insight into how fleece is used and produced. If you’ve never seen a pink sheep before, head on over — there are plenty of those dotted around this unique piece of farmland. 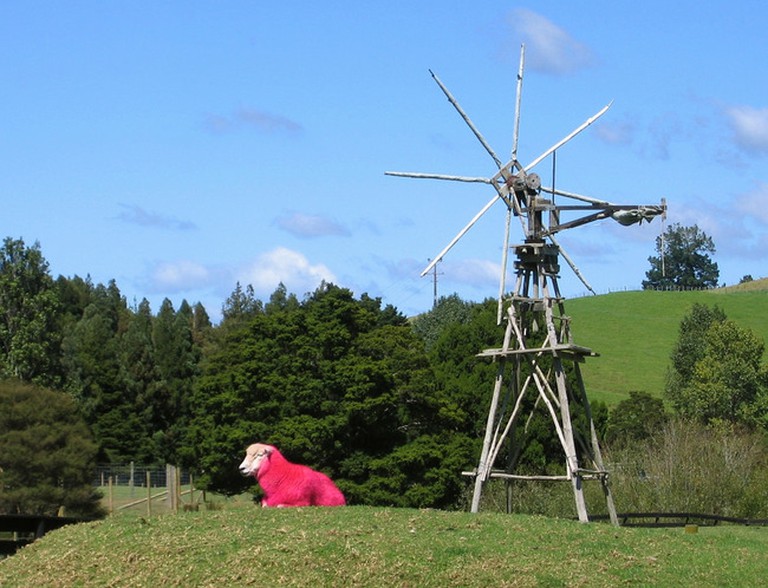 Lemon and Paeroa (aka L&P) is a soft drink iconic to New Zealand. It holds such a special place on local notions of Kiwiana (which, for those unfamiliar with the term, are the things that make up Kiwi identity) that the drink’s hometown created a giant statue in its honour. This eight-metre (26.24-foot) sculpture was originally a rocket ship, built as part of a Christmas campaign in 1967. The town decided that, while they liked have a landmark of its size, they wanted something more locally defined – and thus, the ‘world famous in New Zealand’ L&P bottle came into existence. 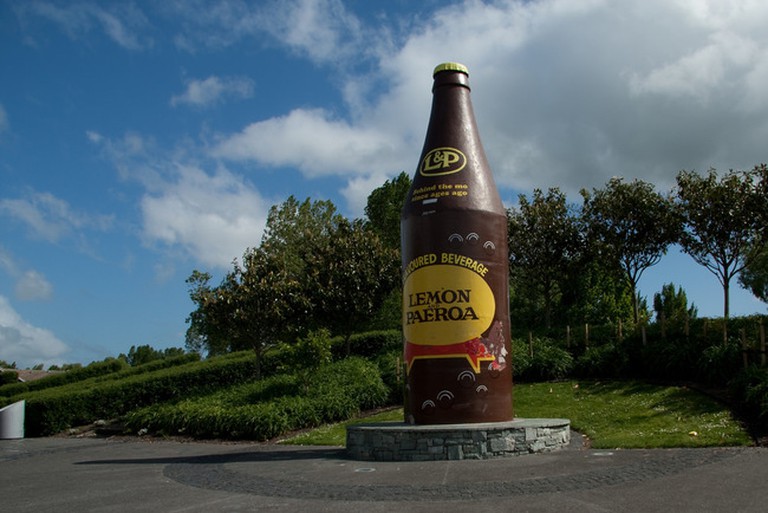 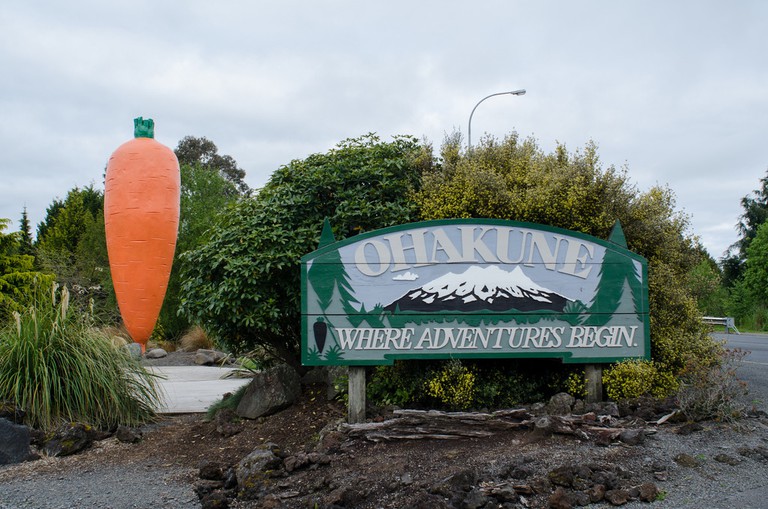 The Ohakune Carrot | © Jeff Hitchcock/Flickr
New Zealand has quite the penchant for eccentric statues. Ohakune’s 7.5-metre (24.61-foot) carrot was erected in 1984, after being selected to represent the small North Island town’s Growers Association. Locals were initially not too keen on its design – some people deemed it as too phallic. Still, the Ohakune Carrot prevailed and is now a national celebrity in its own right.

Taihape is known as the gumboot capital of New Zealand. It is where gumboot throwing is a local pastime, and where a giant corrugated iron gumboot statue welcomes all visitors who pass through. In the 1970s, the late New Zealand comedian John Clarke created one of his most famous characters, Kiwi bloke Fred Dagg, based on his vision of a Taihape farmer. It wasn’t long after that the town began embracing the humble and hardworking nature of your average gumboot-trotting citizen. 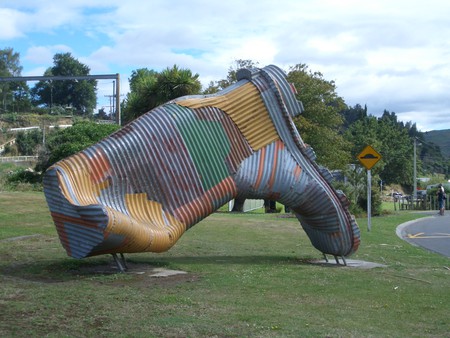 The town of Hokitika, on the west coast of the South Island, boasts having the ‘world’s greatest sock store’. The Sock Knitting Machine Museum is right by its side, showcasing an array of vintage equipment that’s bound to impress anyone who knows a thing or two about textiles. If you want to snap a practical little souvenir to take back home, the Sock World is home to a trove of high quality threads and handcrafted socks that you can readily browse through. 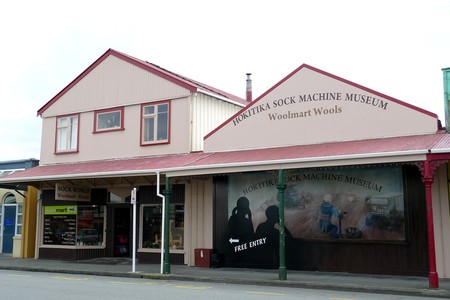 Set on the southern end of its namesake river, the town of Rakaia is known for its salmon fishing operations – and the massive fibreglass sculpture that pays homage to this long-held tradition. Rising to a whopping 12 metres (39.37 feet) in height, the giant leaping salmon would be hard to miss on a scenic drive across the Canterbury Plains. Salmon World and the annual Rakaia Salmon Fishing Competition are some of the other attractions that sustain the town’s familiar angling theme. 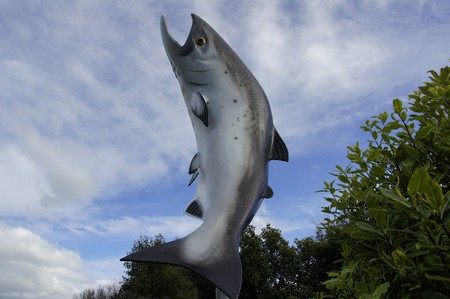 The Salmon in Rakaia | © ItravelNZ/Flickr

Geraldine is a town in the Canterbury region just a couple of hours’ south from Christchurch. The local knitwear shop was home to the world’s largest jersey – officially recognised as such by the Guinness Book of Records. While the Giant Jersey shop has recently ceased operations, its iconic record-breaker has found a new home at the Kiwi Country Geraldine Visitor Complex. The enormous knitted garment stretches nearly five metres (16.41 feet) from wrist to wrist, reaching two metres (6.56 feet) in height and weighing a respectable 5.5 kilograms (12.13 pounds). 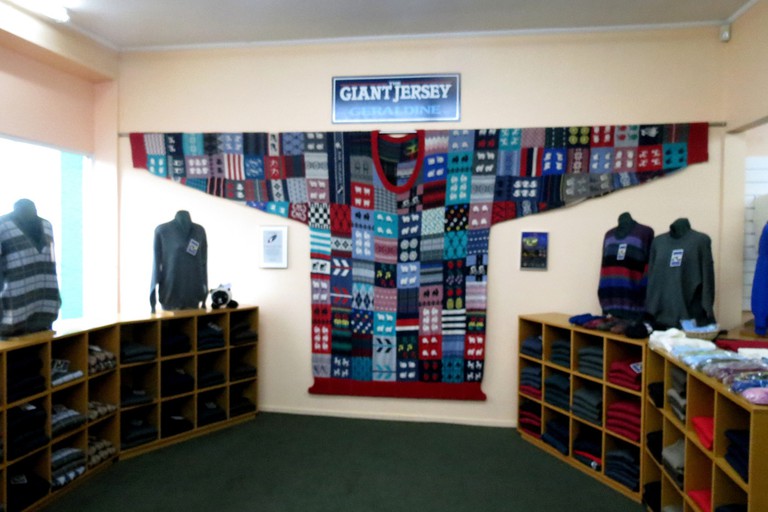 The Bra Fence in Cardrona Valley is a bit of a mystery. No one knows exactly where it came from, but legend has it that a group of partying ladies were behind the first bra installation on New Years’ Eve in 1998. The women were supposedly staying at the Cardrona Hotel, and placed their bras on the fence for safekeeping. Eventually, more bras started appearing on the same location, with numerous attempts to take them down failing miserably. The fence has since been shifted and was rebranded as ‘Bradrona’ to raise money for New Zealand’s Breast Cancer Foundation. 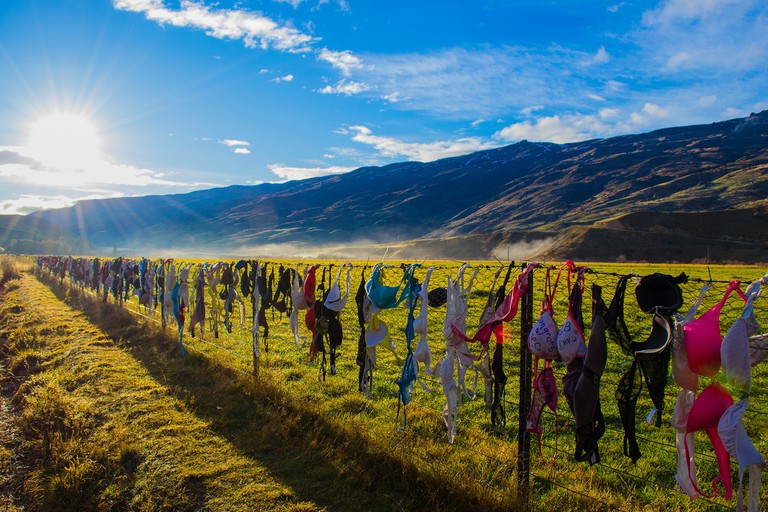 Built in 1990, Cromwell’s Giant Stone Fruit installation was created to demarcate the importance of fruit-growing to the region. Cromwell is a strong player in the Central Otago viticulture industry – so it’s no wonder that fruits were chosen to capture the town’s essence and character. Despite the fact the Lonely Planet famously described the landmark as ‘a spectacularly ugly giant fruit salad’, locals cherish their township’s landmark and have even considered adding more fruits to it. 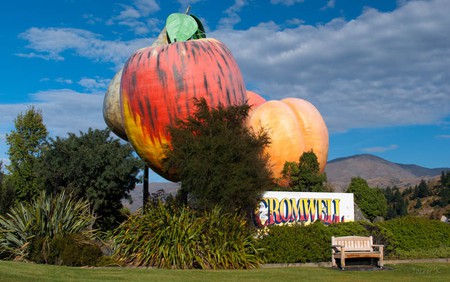