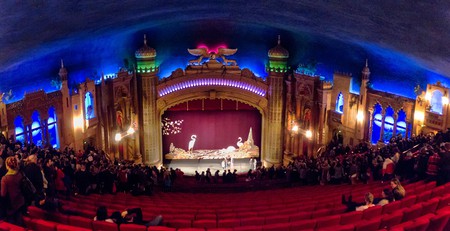 New Zealand is – perhaps first and foremost – known for its fairly recent rise to cinematic stardom. Thanks to Peter Jackson and The Lord of the Rings and, more recently, Taika Waititi, NZ is renowned for its movie prowess. It is also home to some exceptional playwrights, however. Read on to find out who we reckon are the top 10 the country has produced.

Briar Grace-Smith’s first play, Ngā Pou Wāhine, won the 1995 Bruce Mason Playwriting Award and Purapurawhetū won Best New Zealand Play at the 1997 Chapman Tripp Theatre Awards. Since that highly promising and successful foray into playwriting she has gone from strength to strength. She has also diversified, writing for TV as well as short and feature films. Her other plays include When Sun and Moon Collide, Haruru Mai and Potiki’s Memory of Stone.

Bruce Mason is another legend on our list who didn’t just focus on writing plays, but was also a poet, fiction writer, critic and journalist. More than anything though, he was instrumental in breaking new ground within New Zealand’s cultural landscape. He was also a leading force in New Zealand‘s first professional theatre and penned 34 plays! The most famous of his works is The End of the Golden Weather, in which he recalls and recounts growing up in Takapuna. He was awarded a CBE in 1980, died in 1982, and in 1996 the Bruce Mason Theatre opened on the North Shore.

Born in California, Michelanne Forster has been hugely successful not just in the New Zealand theatre scene, but also in Australia, Canada and the United States. She has written prize-winning plays for adults and children alike, as well as plays for the radio. In 1996 and 1997 she won the coveted Best Radio New Zealand Drama award for The Rosenberg Sisters and Larnach – Castle of Lies, respectively. She has also been made a Writer-in-Residence at The University of Canterbury and University of Auckland.

Although Riwia Brown is a successful playwright in her own right, it was her adaptation of Alan Duff’s novel into a script for the critically acclaimed film Once Were Warriors that really cemented her as one of New Zealand’s great writers. Her first play, Roimata, premiered at The Depot Theatre in 1988 and was later adapted for television and published by Playmarket in He Reo Hou – a collection of Maori plays. Since her adaptation of Once Were Warriors she has worked on several national and international film and television projects as well as having a further two plays produced.

In the world of New Zealand theatre during the 1970’s and 1980’s there was no one who commanded more of the room than Mervyn Thompson. He was an outspoken man who wrote, directed, and acted in theatre that presented New Zealand working class history and experience. He was a man beset by controversy and wasn’t afraid of confrontation, and many allude to him as a sort of theatrical rockstar of his day. Mervyn was a co-founder of the Court Theatre, Christchurch and from 1971-74 was co-director of it. In 1975-76, he was artistic director of Downstage, Wellington and during this time he wrote his first plays.

Roger Hall is likely the most successful and internationally recognised of all New Zealand’s playwrights. Many successful play productions followed Glide Time – his first play, which was produced in 1976 – together with musicals, pantomimes, radio dramas, books and plays for children and comedy series for television. His plays have been performed in many other countries, and he has had Conjugal Rites produced as a sitcom in the UK. All in all he has more than 40 plays to his credit, and been given more awards than we have room for here. If satirical comedy is your thing, then you may want take a look at some of Hall’s work. He’s somewhat of a master.

The enviably talented Kouka is an acclaimed Maori writer, winner of the Bruce Mason Award (1992) and multiple Chapman Tripp Theatre Awards. Not only has he garnered acclaim in his native New Zealand, but he has also had his plays produced in Australia, Hawaii, New Caledonia, Canada, South Africa and Britain. He has also had his work translated into Russian and French. Hone became a member of the New Zealand Order of Merit for services to Contemporary Maori Theatre in June 2009.

Twenty years writing for the stage and television meant Ken Duncum has become one of New Zealand’s most lauded playwrights. He has written plays about men lost at sea (Flipside), Polish saints (The Temptations of St Max), unsolved murders (Trick Of The Light) and dark goings-on in small-town New Zealand (Horseplay). He also compiled a loose trilogy on the impact of music on New Zealand – from 50s rock ‘n’ roll vs Beatles-era British Invasion (Blue Sky Boys), 70’s Glam (John, I´m Only Dancing) and Punk (Waterloo Sunset).

Since graduating from the New Zealand Drama School, Jacob Rajan has enjoyed somewhat of a meteoric rise beginning with a journey to India to experiment with contemporary and traditional theatre forms. Perhaps his greatest accomplishment (in a long list of them) is the success he has enjoyed through the formation of the Indian Ink Theatre Company – now in its second decade – with Justin Lewis in 1997. Drawn together by a love of mask and stories, the pair have collaborated to create original theatre that is beautiful, funny, sad and true. Krishnan’s Dairy (1997), The Candlestickmaker (2000), The Pickle King (2003), The Dentist’s Chair (2008), The Guru of Chai (2010), Kiss the Fish (2014), The Elephant Thief (2016), Mrs Krishnan’s Party (2017) are the names of his most successful works, with Krishnan’s Dairy being set to be turned into a feature film for a 2019 release date.

A prolific playwright, Robert Lord’s work was seen throughout New Zealand as well as in Australia, Canada and the United States. He was instrumental in establishing the workshopping process within New Zealand, as well as many other things. In 1969 was awarded the Katherine Mansfield Young Writers Award. His first full-length play, It Isn’t Cricket, premiered at Downstage Theatre in 1971. Alas, he was taken whilst still in his prime at the young age of 46, but kindly left his Dunedin cottage for the use of other New Zealand writers. Lord was also a playwright in residence at Auckland’s Mercury Theatre and a Burns Fellow at Otago University in 1987.