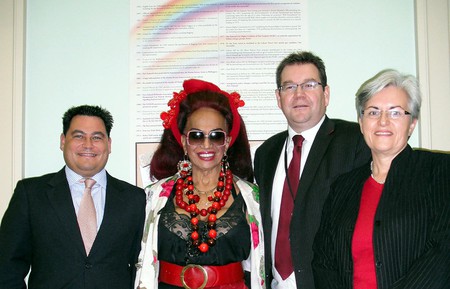 New Zealand’s drag scene was, for many years, a longstanding component of the local underground culture. These days, you could say it has moved into the mainstream, with new names and faces regularly coming into the spotlight. Here’s a showcase of 10 legendary drag queens of the past and present who have helped shape the community as it we know it today.

Born Trevor Rupe, Carmen Rupe was a transsexual drag performer, gay rights activist, entrepreneur and politician. Rupe took the name Carmen from the movie Carmen Jones (1954). She first entered the sex industry in Australia after leaving the army in the 1950s and became the first Māori drag performer to perform there. By the 1960s, she was back in New Zealand, establishing several business in Wellington: the most famous of which was the International Coffee House, where patrons used coffee cups to indicate whether they were were looking for a heterosexual, gay or drag queen sexual encounter. Rupe unsuccessfully ran for Wellington mayor in 1977, campaigning for the legalisation of prostitution, as well as decriminalisation of abortion and homosexuality. Rupe passed away in 2011, aged 75, after losing a battle to kidney failure.

Bertha shot to stardom in the 1980s and is considered one of New Zealand’s most influential drag queens. She was one of the first performers of the Staircase, an iconic Auckland bar that was established before the historic Homosexual Law Reform Act 1986 — which removed criminal sanctions against consensual sexual relations between men aged 16 and over — came into place. Bertha was originally from the Auckland suburb of Mangere, and her sharp tongue and charisma helped her quickly build her reputation as New Zealand’s ‘drag mother’.

Gareth Farr is famous for being a composer and percussionist by day and a drag performer by night. His alternative persona, Lilith LaCroix, has mainly appeared in a cabaret show called Drumdrag — as its name suggests, the performance features Lilith playing the drums. Farr has also recorded an album as Lilith LaCroix and created a music video to promote Lilith’s artistic endeavours. 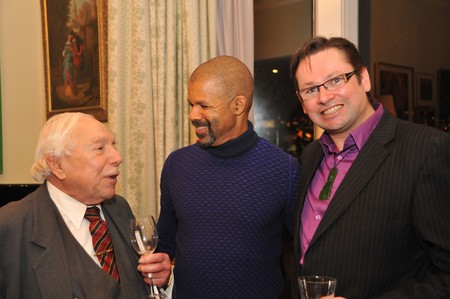 Edward Cowley is a New Zealand-Samoan drag performer and fa’afafine — that is, a Samoan biological male who adopts female characteristics. Cowley has spent more than two decades performing as drag queen Buckwheat, making appearances alongside legendary acts like Bertha the Beast and Tess Tickle, as well as being a regular act at Auckland’s Pride Parade. Besides being a renowned Auckland drag queen, Cowley is also known for his community charity work, his competitive bodybuilding pursuits and for being a consultant in agencies that encourage Pasifika communities to participate in tertiary education.

Anthony Hotere, aka Tess Tickle, has performed alongside Edward Cowley/Buckwheat for more than 20 years. Hotere is of Māori descent and was first inspired to take up drag after watching both Buckwheat and Bertha perform. Tess Tickle has also been involved in a number of charity campaigns, particularly those geared around HIV awareness.

Polly Filla is one of Wellington’s most iconic drag queens. She is the drag persona of costume designer Colin McLean and has been gracing the stages since 1996. Before relocating to Melbourne in 2006, McLean/Polly Filla enjoyed a strong reputation in New Zealand’s capital city, marked by a series of sold-out shows, illustrating McLean’s active involvement in the local LGBT community. In 2018, Polly Filla won the Hall of Fame accolade at the Melbourne Drag Awards.

Miz Ima Starr is a singing cabaret performer who is best known for appearing on Australia’s Got Talent. She is the glittery alter ego of Charles Bracewell, who co-hosted New Zealand’s first LGBT+ radio programme, In The Pink, on Auckland’s 95Bfm station from 1991 to 1998. Before moving across the Tasman, Starr made a name for herself in local cabaret shows and through a TV series, film and concert appearances. Her debut album, My Heart’s a Drummer, was released in 2014 and draws from a mix of dance and glam rock influences.

LaQuisha St Redfern is a Wellington-based drag artist and social commentator. She is the alter ego of gender non-binary identified Conrad (Connie) Johnson and is known for her iconic beehive wig, beard and sci-fi themed performances. Her career began in Hamilton in the 1990s; in the early 2000s, she performed as a traditional female impersonator before an encounter with a bearded drag queen inspired her to shift her career into new horizons.

Miss Ribena is widely considered an Auckland drag institution in her own right. The outrageous, larger-than-life character is the alter-ego of Kevin Kevin Dunseath, who grew up in a Pentecostal Christian family in Hamilton before being introduced to the drag scene in 1997. Like many Auckland-based performers, Dunseath/Miss Ribena mentions the Staircase as the place that started it all. Sporting her legendary floral dresses, Miss Ribena quickly made her mark in the local drag scene when she became a full-time performer in Auckland’s Family Bar in 2005. She has been a permanent fixture of Family Bar since its inception and continues to perform there today. 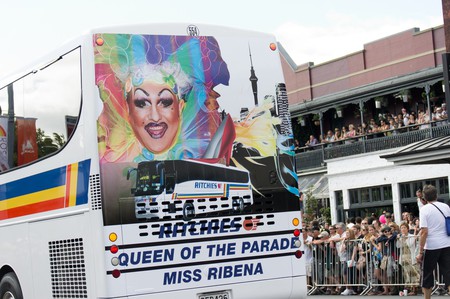 Māori performer Mika is quite well-known both domestically and internationally. The Timaru-born cross-dresser has quite a few career highlights to his name: he has been a break-dancing champion, made an appearance in the Oscar-winning film The Piano and is renowned for penning the world’s first gay haka. Mika has also performed at Edinburgh Festival seven times, has recorded several albums in Māori and English and has created his own charitable organisation to encourage young New Zealanders to get active in culture and the performing arts.