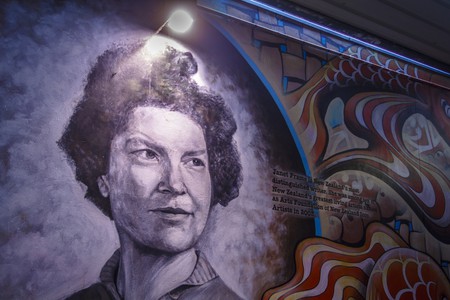 While New Zealand is most famous for its astounding natural beauty, friendly people and now legendary cinematic prowess, it has also been called home by some truly exceptional poets. Here’s a top 10 of New Zealanders who’ve graced the world with their poetry.

Janet Frame was probably one of – if not the – greatest writers that New Zealand has ever produced. More than that, she was one of the most thought provoking and powerful writers of recent times. So much so that she was frequently spoken of as a Nobel Prize candidate for literature. She was more prolifically a writer of fiction – and that was what she will be chiefly remembered for – but she also published a single book of poetry.

If you’ve never read Frame’s work then you really should. She spent about a decade in mental hospitals after being incorrectly diagnosed with schizophrenia. Of this time she wrote: “I inhabited a territory of loneliness which … resembles the place where the dying spend their time before death, and from where those who do return, living, to the world bring, inevitably, a unique point of view that is a nightmare, a treasure, and a lifelong possession …” Her poetry collection is called The Pocket Mirror.

To say he is an accomplished poet is somewhat an understatement. His most recent collection was released in 2017, and is called Some Things to Place in a Coffin. 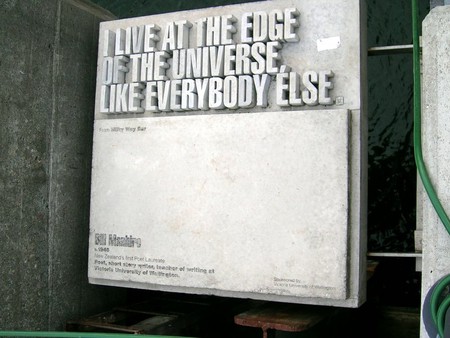 James K. Baxter is one of New Zealand’s most celebrated poets of all time. To give you some idea of the skills of the man, he was critically acclaimed at the age of 17 with his 1944 work Beyond the Palisade. His first internationally published collection of poems, In Fires of No Return: Poems (1957), was influenced by his personal revival through Catholicism.

Alongside reflecting this new-found religious perspective, his writing became more critical of New Zealand society. He was a very interesting man and actually lived the last years of his life in the Maori settlement called Jerusalem, after being told in a dream that he should move there. 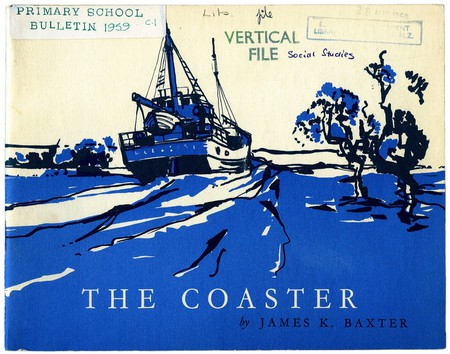 The work of Adcock regularly deals with matters of identity and belonging: individual poems cover topics such as ancestry, geography and displacement, plus the natural worlds of England and New Zealand. This is of no surprise as she was born in Auckland, but raised in England before coming back to New Zealand as a young woman. She then went back to England again. Adcock’s numerous honors and awards include the New Zealand National Book Award, the Cholmondeley Award, the Order of the British Empire (OBE), and the Queen’s Gold Medal for Poetry. In 2008, she was awarded the Companion of the New Zealand Order of Merit.

Curnow – Thomas Allen Monro Curnow as he was christened in Timaru – is considered another of New Zealand’s great modern poets. He began publishing his poetry in university journals when he was younger and attending the University of Auckland.

His first book of poems, Valley of Decision, was issued by Auckland University College’s Student’s Association Press in 1933. Though Curnow took his theological examinations that year, in 1934 he decided against ordination and published Three Poems in 1935.

Here is the wonderfully talented lady who is currently (until 2019) the New Zealand Poet Laureate. Selina Tusitala Marsh is of Samoan, Tavaluan, English, Scottish, and French descent. She was born in Auckland, New Zealand, and was the first Pacific Islander to earn a PhD in English from the University of Auckland. Marsh represented Tuvalu in the Poetry Olympics in London 2012. Four years later she was named the official Commonwealth poet.

My son finds a tail
on the lawn
a paw on the drive
a snapped-off jaw
round the back
by the washing line.

That’s a brief excerpt from her poem The Dogs of Talimatau and tells of a grizzly scene that she and her son walked out on one morning. If you’d like to check out more of this fantastic woman’s work, have a look at her collection Fast Talking PI (2009), which won an NZSA Jessie Mackay Best First Book Award for Poetry and was named a Best First Book at the New Zealand Book Awards. 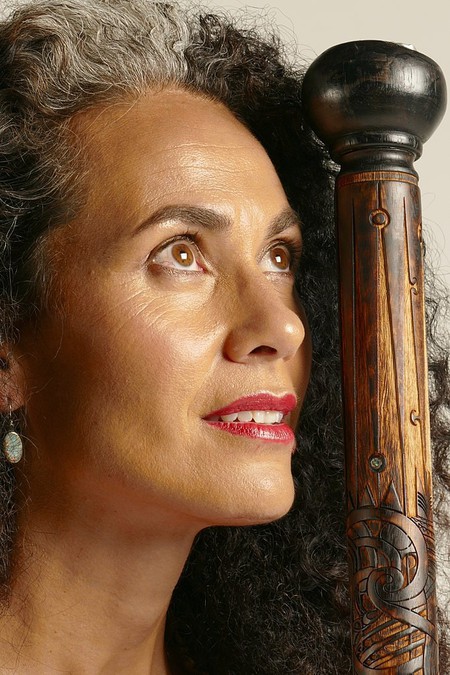 And it came to pass

that in those seconds of fall

we entered the deluge zone

which was dark and dangerous

and it came to pass

that we thought things

we hadn’t thought before

that couldn’t be said out

loud or even in our quiet

This is an example of how Bornholdt can capture a moment. This description is her imagining a plane going down, and it’s powerful stuff that gives you pause when you read it. She studied poetry with the above-mentioned Bill Manhire, so it is little wonder she became such a talent. She is also an anthropologist, which explains how she manages to so effectively get under her readers’ skin and bring her characters and narratives to life.

In 2017, the talented Paula Green was awarded The Prime Minister’s Award for Poetry and admitted to The New Zealand Order of Merit for Services to Poetry. She is very much up with the times, and understands that kids and adults alike these days want to be able to access information and poetry on the go, whenever they want. So she runs two popular poetry-focused blogs, the kids one is called NZ Poetry Box and the other one, geared to adults, is called NZ Poetry Shelf. If you or the kids are in the market for some fresh poetry, they are well worth looking at.

Like many of her fellow poets on this list, Michele Leggott now teaches at Auckland University. She is also a former New Zealand Poet Laureate. Leggott began publishing her poetry around 1980. However, it wasn’t until eight years later that she published her first book of poems Like This?. It seemed to have been worth the wait though because it won her the International PEN First Book of Poetry award. In 1991, she published Swimmers, Dancers, with a domestic focus, and in 1995 she won the New Zealand Book Award for Poetry with DIA.

Speaking of New Zealand Poet Laureates, here is another of the fine fellows for you. O’Sullivan held the position for the term 2013–2015. He has also served as the Books’ Editor for the New Zealand Listener where he was also a trusted critic. O’Sullivan’s mantelpiece must be very crowded as among his notable achievements he has won a Prime Minister’s Literary Award (2005) and a Distinguished Companion of the New Zealand Order of Merit (2000), and has won the NZ Book Awards, in its various forms, three times for fiction and three for poetry.