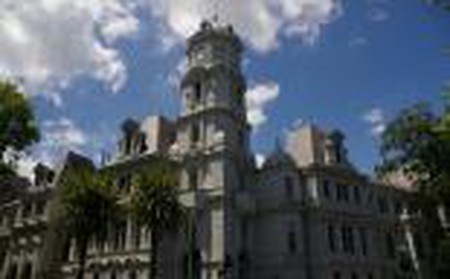 Established in 1888 The Auckland Art Gallery Toi o Tāmaki was New Zealand’s first public and permanent art gallery, housing an extensive collection ranging from 1376 to the present day. The gallery is fast consolidating its position as a unique local and global cultural attraction, while being internationally recognised as a stunning example of contemporary and innovative architecture. 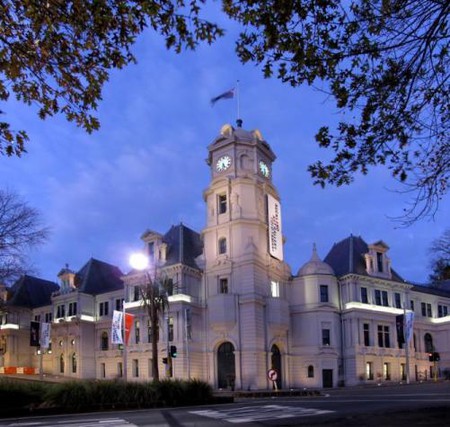 Since the first designs were drawn in 1883, the architecture of the Auckland gallery has evolved continuously to house a growing collection and to accommodate the city’s fast developing cultural life. The building originally held the Auckland Art Gallery as well as the Auckland Public Library, opening with collections donated by benefactors Governor Sir George Grey and James Tannock Mackelvie.

Designing the 1887 French Renaissance-style building must have been a challenge to the architectural firm of Grainger and D’Ebro, as it occupies a rising corner site. Picturesque townscape features include an ogee roofed tower and a six storey clock tower. Inside the corner tower is an impressive Palladian styled stairway. The former reference room of the Auckland Public Library has a superb gallery supported on cast iron columns and protected by cast iron balustrades. Over the years the gallery has expanded, cleverly combining modern and heritage architecture. It was remodelled from 1969 until 1971 and the Edmiston Wing was added. In 1971 the library was transferred to a new Auckland Public Library building, and the gallery gained sole occupancy of the original structure. The building has won an outstanding string of 13 architectural and four design related awards, most recently from the Australian Institute of Architects, which presented project architects FJMT+Archimedia with the Jørn Utzon Award for International Architecture. This was granted for the newly developed building which opened to the public on the 3rd of September 2011. 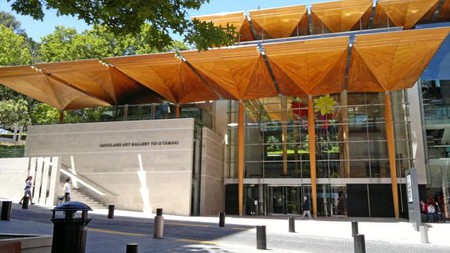 The concept for the new building was based on a thorough awareness of the place’s history and significance. Architects for the new space sought to complement the existing heritage galleries while integrating fresh design, to create a building to serve not only as an exhibition space but also as a social venue, and to establish fluid dialogue with the adjacent park and surrounding urban area. The culturally significant 1887 building was restored and seamlessly incorporated into the new gallery complex. Its design draws inspiration from the organic forms of the surrounding landscape as well as the architectural order and character of the heritage buildings. Standout features include an unusual series of ‘tree-like’ canopies that define and cover the entry forecourt, atrium and gallery areas. These profiled roofs ‘hover’ over the stone-walls and terraces, creating a memorable image closely related to the beautiful overhanging canopy of pohutukawa trees. The ceilings of the canopies are assembled from carefully selected kauri, profiled into precise geometric patterns and supported on slender and tapering shafts. The unique character of the heritage building has thus been strengthened through the clear geometric relation to and contrast with these new works.

The new building extension doubles the public exhibition areas, provides extensive basement storage and support areas, and offers a complete redesign of adjacent areas of Albert Park. Despite concerns during the development, the Art Gallery’s relationship with Albert Park now provides a distinctive image for the gallery, placing it on the international stage as a leader in art collection and display. The building’s other relationships with Kitchener Street and with the wider city have also been pursued successfully. The gallery’s use of the spaces around the building and the installation of large windows to offer views into the interior are part of their strategy to lure the public into the Art Gallery. 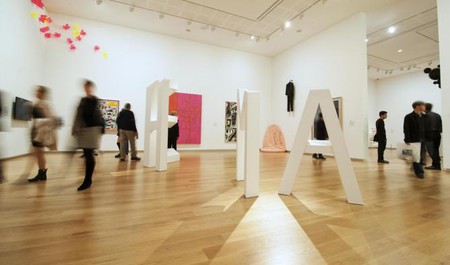 Home to more than 15,000 works of art, the collection features a wide variety of periods, styles and media. It was initially dominated by European old master paintings, following the tastes of the 19th century, but today modern and contemporary New Zealand art is showcased, as well as work by Māori and Pacific Island born artists. In celebration of the new building development, three Māori artists where invited to create permanent works for display in the gallery. Arnold Manaaki Wilson’s Moments in Time (2010) consists of carvings representing ruru, or giant owls, which adorn three columns. These three pillars each hold individual symbolic meaning, one representing Ranginui (sky father), another Papatūānuku (earth mother) and the last Tāne Mahuta (a giant kauri tree in the Waipoua Forest of New Zealad). The artist Fred Graham presented Te Waka Toi o Tāmaki (2011) which takes the form of a waka huia, or a treasure box. This piece signifies the gallery’s role as the sole keeper of Auckland’s art treasures. Lonnie Hutchinson’s Honoa Ki Te Hono Tawhiti (2011) was created specifically for the portals between the foyers and the galleries, resting in the uncertain space between interior design and art.

The Auckland Art Gallery Toi o Tāmaki offers a lively calendar of talks, performances, film screenings and children’s activities, and is dedicated to the promotion of knowledge and culture.