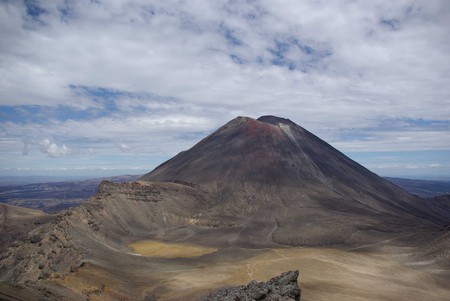 Lord of the Rings fans will know Mt Ngauruhoe as the epic volcanic force that brought Mt Doom to life. In the non-fiction realm, the Tongariro National Park mountain appeals to adventurous New Zealand travellers eager to conquer its majestic summit. The climb, however, is not one for faint-hearted Hobbits.

Many people will see the tip of Mt Ngauruhoe as they start their journey along the full-day Tongariro Alpine Crossing. A side trip from this hike is the most common ascension route that people opt for. Start from the South Crater entrance, right after the reaching the top of the Mangatepopo Valley, and just venture on upwards. If you’re travelling in summer, make the central lava rib your primary focus. In winter, snow and ice will make the trip that much more challenging – but the glistening backdrops will definitely make up for it. 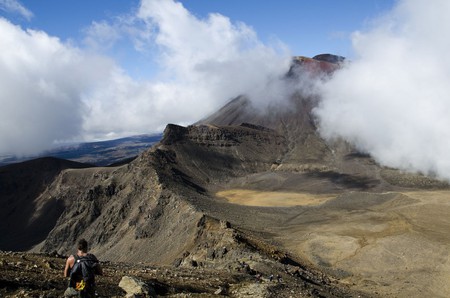 No matter when you’re facing this wondrous feat, you need to take care during the afternoon hours as the sun will warm the slopes and make them more slippery. Also keep in mind that Ngauruhoe’s slope comes with a 45-degree inclination – you’ll need a good level of fitness to handle the kicking steps that are needed to tread through such a sharp slant.

For highly experienced hikers and mountaineers an alternative trajectory can be found en route to the multi-day Tongariro Alpine Circuit. The longer, more challenging climb begins around Waihohonu Hut, off Desert Road. A track that stretches between Oturere and the Tama Lakes will lead you the volcanic cone’s base. From there you can ascend. 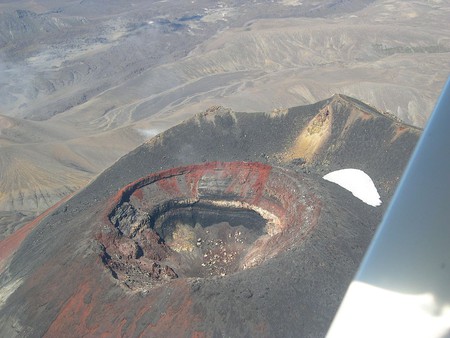 Tongariro National Park, and by default Mt Ngauruhoe, is somewhat notorious for its temperamental alpine weather conditions. In the summer, the steep terrains of Mt Doom become more difficult to navigate due to loose tephra ( material produced by volcanic eruptions) – as such, you need to be extra careful about falling rocks in order to avoid serious injuries.

Treacherous ice flows, especially after a bout of rain, mean that specialist ice equipment is mandatory for all winter climbers. We’re talking ice axes, crampons, ropes as well as plenty of warm clothing. Between March and October violent wind gusts are very common, as are snow storms that will quickly sweep the mountain temperatures to well below zero. 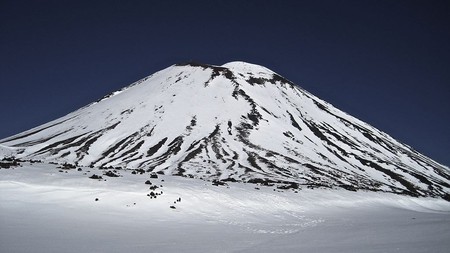 The northern side of Mt Ngauruhoe | © Wikimedia Commons

The best advice? Pack for all seasons, regardless of when you go. If you need an idea of how to do this, take a look at these guides on what to bring to the Tongariro Alpine Crossing in Winter and the essential must-haves to carry throughout your journey. Keeping an eye on the local forecast and weather warnings is also crucial – the park will close off certain areas if they’re too dangerous to navigate.

Given that Ngauruhoe is an active volcano, you might want to check up on any Geonet warnings for the area too. It’s highly unlikely you’ll be met with a real-life culmination of Sauron’s awakening – the mountain hasn’t erupted since 1975 – but some additional safety planning is never going to be a bad thing. 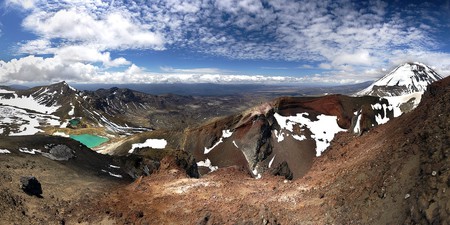