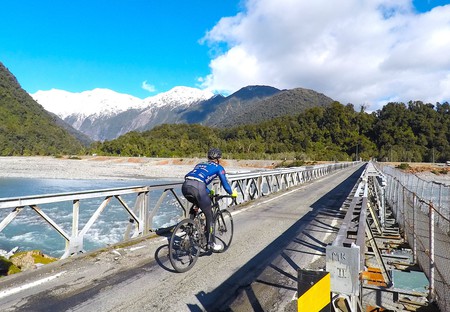 Taking on extreme cold, brutal climbs and mile after mile of road, Cameron Nicholls set about cycling the entire length of New Zealand in his ‘Ride the Long White Cloud’ challenge, even if did mean tricking his wife into coming along for the ride.

Nicholls has cycled at amateur level for around a decade. Five years ago he left the corporate world behind, giving up his job to focus on running a company, Bike Chaser, that he founded with his brother. It’s an online platform for cyclists to connect, as well as buy and sell cycle gear across Australia. The site helps grow the Australian cycle community, while also partnering with the Amy Gillett Foundation, a charity that aims to reduce deaths and injuries to cyclists.

The name for the challenge comes from the Maori name for New Zealand, Aotearoa, which translates as ‘the Land of the Long White Cloud’, paying homage to the country’s huge distances (from north to south) and outstanding natural beauty.

With a career and personal life dominated by cycling, Nicholls set about challenging himself to ride from New Zealand’s most northern point, at Cape Reinga, to the South Island’s most southern tip, Bluff. All 2,336km were to be completed in 13 days, meaning that Nicholls would have to cover more than 200km per day, on average. Obviously, being New Zealand meant it wasn’t flat terrain, and each day brought with it significant stretches of elevation, including along the east coast of the South Island, where it climbs over 2,500m from Haast to Queenstown.

Of the ride, Nicholls explained, ‘At the time of throwing my idea on the table, my 13-year-old kiwi cousin, Lachy McIntosh, was receiving treatment for a blood cancer called Hodgkin’s Lymphoma. His diagnosis was a real shock for the family, and while the signs were positive that Lachy’s lump had been caught early and the treatment would be a success, the subject was still very sensitive when I approached the McIntosh family. Fast-forward a few weeks and Lachy’s mum, Sara, and I had engaged sister charities CanTeen New Zealand and CanTeen Australia. I would be raising funds and awareness for these organisations, who deal specifically with supporting young people affected by cancer. I was now locked in.’ 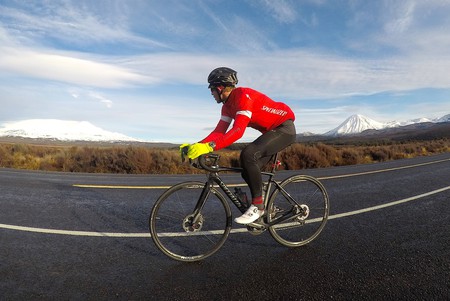 In terms of a support team, Nicholls managed to mislead his wife into playing the role, with their family holiday transformed into providing him day-to-day support along the way. Having the help along this incredible route meant the dog attack on the second day and his water bottles totally freezing up in sub-zero conditions were just that bit more bearable.

The dog attack, and subsequent pain, led to an emergency stop off just outside of Auckland at an acupuncture centre to receive a session of cupping. This left 30 Chinese herb patches on Nicholls’ legs, that while looking pretty brutal, helped aid his recovery along with a short, enforced rest for an afternoon. 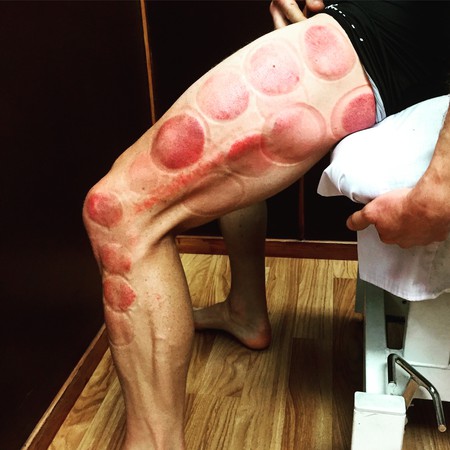 Reflecting on the incredible achievement, Nicholls says, ‘Winter really is an incredible time of year. Some of the unbelievable scenery I saw would not have been possible if I rode during any other season. The harshness, ice, snow and cold rainy days that constantly presented themselves across my 13 day journey endowed an extremity that added tremendous theatre and created memories I’ll cherish dearly for the rest of my life. The cold made me more present than I’d ever been.’