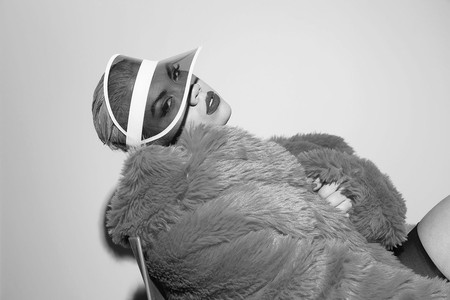 Parris Goebel’s razor-sharp, Polynesian-inspired choreography has propelled her into international fame. The 25-year-old Kiwi has worked with various artists, but choreographing Justin Bieber’s “Sorry” video made her star shine brighter than ever. Here’s a look at how the Auckland born hip-hop dancer became an A-list force to be reckoned with.

A love for dance is born

Parris Goebel (aka Parri$) grew up in East Auckland. She is a Kiwi of Samoan descent, and is the youngest of four children. From a very young age, Goebel began copying the dance moves she saw on music videos, and by the time she was eight years old, she was taking ballet and tap classes – although those felt too rigid for her young tastes. At age 10, she found her happy place in the hip-hop scene. It didn’t take long for Goebel to fall in love love with the dance style, the music, and the genre’s dynamic rhythm.

Growing up, her hip-hop classes were among the rare places Goebel felt she really fitted in. As one of the few Polynesian people in the schools she attended, Goebel suffered a lot of bullying. She did not enjoy school, and by the time she was 15, her parents asked if she would like to drop out. That was the moment Goebel truly flourished in her dancing career.

ReQuest and The Palace

As soon as she was out of school, Goebel got to work. She was already well underway before dropping out, having recruited four of her friends to start her own dance crew, ReQuest. Intensive coaching sessions in the United States and a world hip-hop competition victory soon followed. By 2009, with the help of her parents, Goebel opened her own dance studio, The Palace. 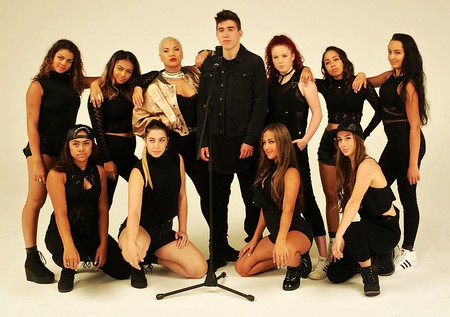 Her Auckland studio is still going strong, and now houses four different crews who have 18 international awards between them. Most members are of Polynesian heritage, and a few come from disadvantaged families. Every January, hundreds of hip-hop dancers from across New Zealand audition for a coveted spot at The Palace.

YouTube has helped to spark an interest in Goebel’s choreography. Early on, she started producing and posting her own dance films. Her videos eventually caught the attention of Jennifer Lopez’s management, who invited Goebel to choreograph the superstar’s 2012 tour. Goebel has since worked with Lopez a few times, and has also collaborated with Nicki Minaj, Janet Jackson and Rihanna. As a testament to her success, Goebel’s personal Youtube channel now boasts more than 100,000 subscribers.

Polyswag and the ‘Sorry’ video

Goebel’s unique hip-hop style has been dubbed Polyswag, a combination of the words Polynesian and swagger. The attitude-filled dance moves feature strongly on what is now Goebel’s and ReQuest’s most famous collaboration.

Justin Bieber’s management invited Goebel to produce a series of music videos. Their deadlines were very strict; Goebel was given just one month to choreograph and shoot 13 dance routines. There was no budget, and she wasn’t given any monetary compensation. Still, she was keen to do the job justice. In the end, all the hard work paid off. Even though it was shot and choreographed in a couple of days, the music video for Sorry made a lasting impression. So much so, it has been watched more than two billion times.

Goebel has been quoted multiple times saying she wants to build a legacy; tapping into different art forms, and making a difference with her creativity. Recently, she released her own EP, titled Vicious. The experimental music project draws from percussive hip-hop and dance music. As expected, all of the upbeat tracks are accompanied by a collection of dance videos.

In late 2016, she was invited to be on the judging panel of The Cut, Elton John’s YouTube-based talent search show. The idea is to find the best video producers and directors to collaborate on a series of music videos, and Goebel has been tasked with finding the best dancers for this ambitious pursuit.