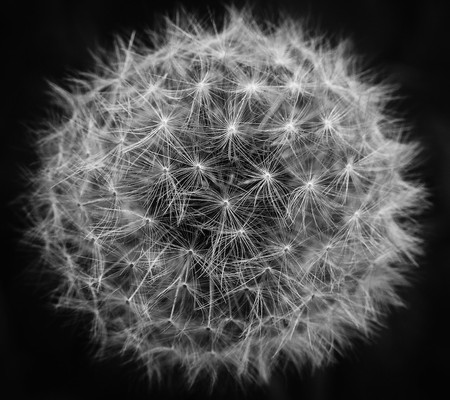 New Zealand’s art scene has been constantly adapting and changing, from the start of the 20th century’s figurative styles to more abstract forms in later years / Pixabay

New Zealand’s art scene has been constantly adapting and changing, from the start of the 20th century’s figurative styles to more abstract forms in later years. Artists at the forefront of visual expression have strived to set new artistic trends and today’s contemporary style is a result of both national and international influences. A mixture of artists from past and present, this list illustrates the diverse and bold nature of art in New Zealand. 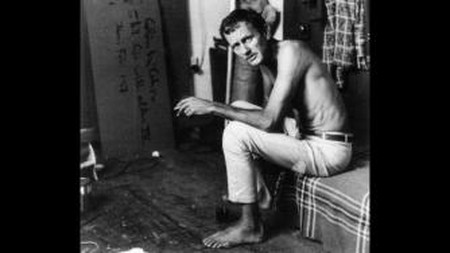 One of the most established painters ever to have come from New Zealand, Colin McCahon’s career span over 45 years and involves a range of styles and themes. Born in Timaru, McCahon’s early works focused around the turbulent nature of World War II. Initially creating impressionistic landscapes, as McCahon’s work matured his style gradually became more abstract, and some even touched on aspects of cubism, such as French Bay (1956). He was influenced by his travels to the US and in addition to painting worked as a lecturer at the Elam School of Fine Arts in Auckland, where his style and expertise greatly influenced a generation of new artists. 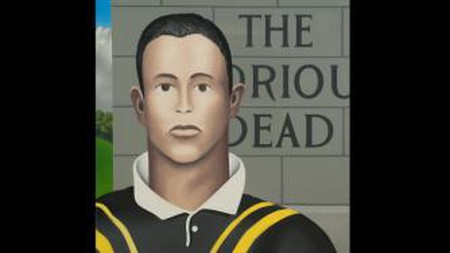 Under the talented eye of Colin McCahon Richard Killeen studied at the Elam School, and has worked across the mediums of painting, sculpture and since 2003 has focused on digital media. His career as an artist has seen his works mutate and develop, the most celebrated of which are his works of aluminum that are precision cut and arranged in varying formations. These modern wall mounted arrangements abandon any kind of limitations that frames and canvases insist upon. The shapes cross both the figurative and the abstract and are almost humorous in their presentation. Before these, Killeen created detailed scenes often depicting modern urban living, which are bold and colorful, and display the artist’s varied artistic skills. 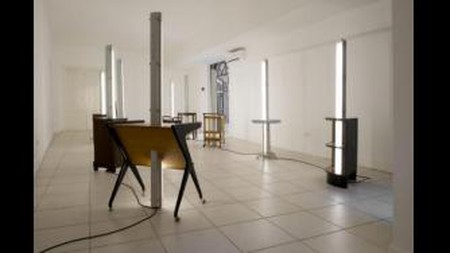 Bill Culbert, Where are the other two? (2013) PIC CREDIT: Jennifer French | Image Courtesy NZ at Venice

Most recognizable for his use of light, recycled materials (such as bottles and plastics), installations and photography, artist Bill Culbert has become one of the more recognized New Zealand artists of recent years. He lives and works between England and France, having moved to the UK in 1957. Displayed internationally in a variety of public and private galleries, he quickly received acclaim for his experiments with synthetic light, and has made some interesting creations with fluorescent lighting in particular. Through showing the ways with which light travels, creating shadows and using large objects such as tables and chairs, Culbert creates readymade sculptures and installations that appear to float both physically and categorically. 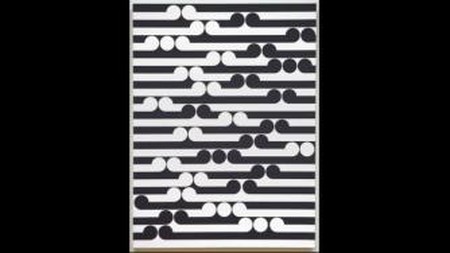 Gordon Walters became known predominantly for his works of complete abstraction, which featured elements and concepts of geometric design. His most popular work that gives evidence to this is Maheno (1981). The shapes within this piece work seamlessly with one another; blacks and whites jump out from the piece and the spectator’s eyes cannot quite decide where to settle. Utilizing the perceptive trickery and methods associated with Op Art, this clever work of art was the beginning of a theme that he carried onto most of his later works. He is important to New Zealand not only with regards to his success as a painter but due to his incorporation of New Zealand themes in his works, such as the Koru shape seen in Maheno and others. 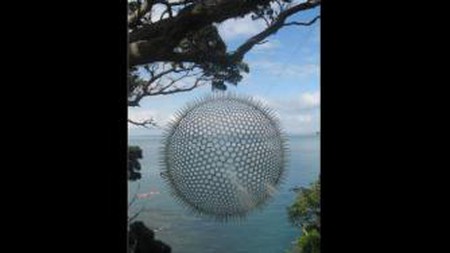 Working mainly in the medium of sculpture, Virginia King’s organic forms are triumphs of the natural form, bringing to attention the thriving wildlife in the Pacific. She has expressed an interest in New Zealand as important due to its slightly isolated location, their delicate yet flourishing ecosystem and the importance of sustainability within current times of global climate change. Her site specific works vary in size and medium, from freestanding sculptures, to suspended works (such as Pacific Radiolaria, 2011). The shapes and materials she uses highlight the natural elements against which they exist, and highlight the strengths and weaknesses of working within such changing environments. 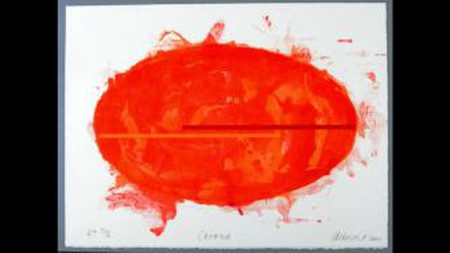 Painter Gretchen Albrecht has become internationally renowned for her individual use of form, shaped canvases and heavy emotive palate. Using a painterly style, the brushstrokes often mimic the shape of the canvas within which they exist, combining colour and shape in an abstract way. Following her studies in the 1960s, she spent much time as a teacher before winning the Arts Foundation of New Zealand Award for Patronage which allowed her to work full time. In a movement away from the square canvas, Albrecht uses half circles or ‘hemispheres’, which highlight the physical straight edge of the floor, in addition to the potential growth of the paint upwards and outwards beyond that of the canvas edge. Works also include experiments with oval shapes, using both squared and rounded canvases which give the paint an even softer appearance. 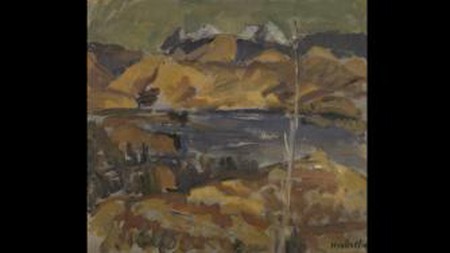 Heralded as one of the most significant painters of the 20th century to come from New Zealand, Toss Woollaston began his creative career as a writer, favoring the emotive outlet of poetry. After experiencing the more physically expressive medium of painting, Woollaston then moved onto working with paint professionally. After spending time studying at the Dunedin School of Art, Woollaston discovered the necessity to find one’s own creative framework and displayed an incredible keenness for individuality. His works show his obsession with attempting to depict a subject (usually landscape) and attempting to intellectually but creatively form a well-constructed image. He took influences from the teachings of Hans Hofmann and the expressionism that was rife in Europe at the time, and his innovative attitude toward painting is what makes him one of the most important New Zealand artists of this period. 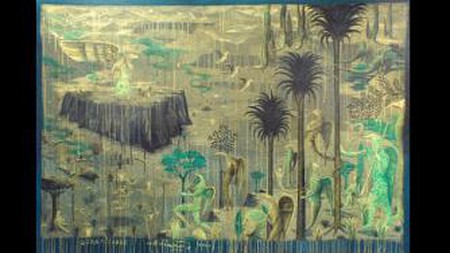 Bill Hammond’s works often carry both abstruse and concrete messages regarding the environment, popular culture and humanity, whilst also illustrating a connection to ancient and decorative art. Taking inspiration from the delicate fauna of New Zealand, his paintings are incredibly intricate and detailed, and have been compared to both Chinese painting and Japanese woodblock prints. Often featuring birds as a subject matter (Giant Eagles, 2006) his more recent works have a spooky, dark quality about them that gets under the skin, without seeming overly threatening. There is however a sense of fear within his works, and this may allude to the threat of human existence on such a delicate and beautiful environment, that of New Zealand. Some of his paintings show the physical capabilities of paint, by allowing drips to run vertically down and through the image. 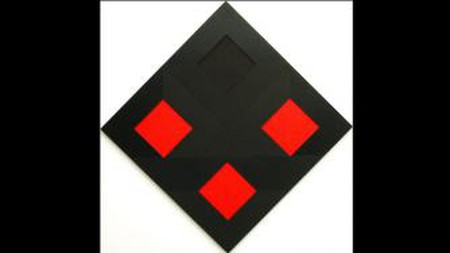 Ralph Hotere is revered throughout the art world and is regarded by many as New Zealand’s most important artist. He received several awards throughout his career, including an Icon Award from the Arts Foundation of New Zealand, and was granted the country’s highest honour, the Order of New Zealand in 2012. His widespread travels in the 1960s influenced many of his works, as he saw the development of the arts world in Europe during the rapidly changing movements that saw painterly styles move increasingly towards abstraction. He was also influenced by the abstract expressionists of America at the time. In his lifetime, he worked on a number of sculptures including a collaboration with other renowned artists as part of the Hotere Garden Oputae. 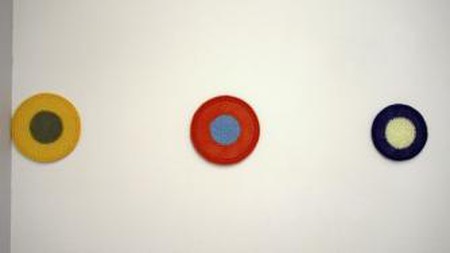 Ani O’Neill is one of the newer Pacific Island artists to have gained popularity in recent times. Her works involve creatively composed installations and the materials she uses often involve wool and used materials such as plastic bags. Her works are generally site specific, and involve the traditional techniques of weaving and quilt making (tīvaevae) that she has acquired from her life in New Zealand and her Cook Island relatives. O’Neill studied at Auckland’s Elam School of Fine Arts, and has since created works that are innovative and bright, stirring up the spectator’s mind and engaging them in issues to do with identity, the environment and world conflict. She is greatly involved within the community, and uses arts to raise awareness of these important issues.