How To Navigate Transport in Auckland, New Zealand 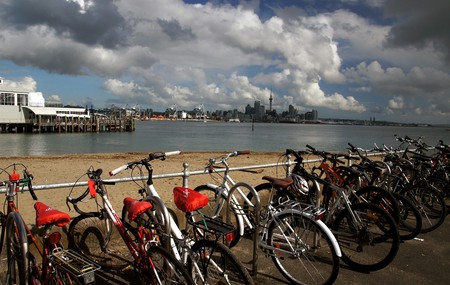 Bikes and ferries are two options you'll have to choose from | © Bernard Spragg. NZ / Flickr

Finding your way from A to B can be a daunting prospect in any big city, and Auckland is no exception.

Not only do you have to find your way by foot or car in this sprawling metropolis, but there is also the myriad of water avenues that can be explored – routes from harbours to bays and islands.

Being the largest city in New Zealand there is no surprise that Auckland is, among other things, an international and domestic transport hub. With so many people flowing in and out of the city every day, a very decent transportation system has been set up, which makes the city easy to navigate.

Auckland’s bus services are by far the most extensive, while the trains give you a quicker alternative to the southern part of Auckland, and the ferries get you across the harbour and out to the islands well worth exploring.

The AT HOP card

This handy-dandy card is exactly the same as London’s Oyster card. The AT HOP card is a way of paying for Auckland’s public transport without rummaging for change. More to the point, the AT Hop card gives you at least 20% off the fare price (except Waiheke ferry services, NiteRider and the SkyBus). This card is only worth getting if you are planning on staying in Auckland a while, as you have to buy the card for NZ$10 and be topped up with a minimum of NZ$5. When you think how much just a single taxi will cost you though, the HOP card is a great budget-friendly option.

Between Pukekohe in the south and Orwera in the north there is the Auckland bus network, the most extensive public transport network in Auckland. If you are travelling to and from the Auckland region’s towns and cities then there will be a bus to get you there. It’s also cheap, as you’d expect, and with your trusty HOP card it gets even cheaper. So, when all else fails the bus will see you right. Keep your eyes peeled for the red CityLink bus if you’re in the central city. This service departs every seven to eight minutes from Wynyard Quarter, along Queen Street, up to Karangahape Road and then back down Queen Street. 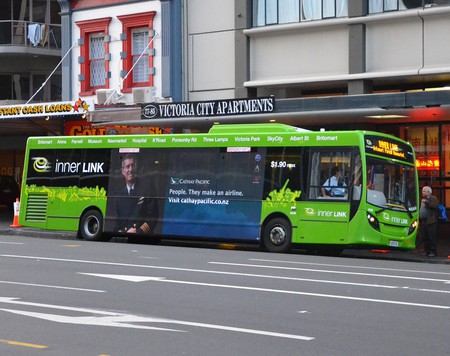 The trains in Auckland are a fast way of getting between Britomart in Auckland Central and various southern and western suburbs. A lot of people might be surprised that a country as small as New Zealand needs an inner-city train service. However, when you actually arrive in Auckland by air, you get a sense of just how much of a sprawl the place is. It’s good to know then that, if you need to, you can whip across it in fairly quick time. There are four lines – the Western, Eastern, Southern and Onehunga Lines. 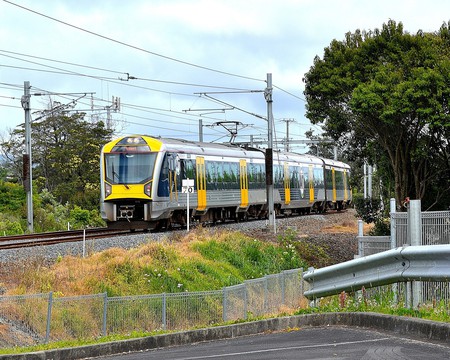 To get to the Hauraki Gulf islands or just across the harbour to Devonport, say, the ferry is your best option. It’s also the most sedate way to get around Auckland and its numerous islands and harbours, so if time isn’t pressing it’s actually quite a pleasant experience – not something you can often say about public transport. The Auckland Central ferry terminal is known as the Downtown Ferry Building. It is at the end of Queen Street at the large orange building on the waterfront. It’s basically impossible to miss when you’re in that neck of the woods. 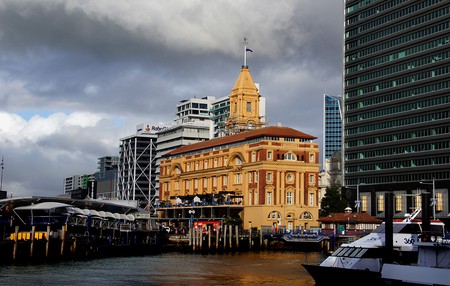