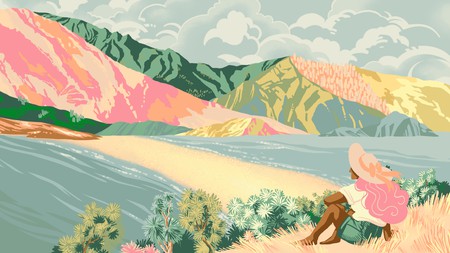 Nelson, New Zealand, is positioned on the shores of Tasman Bay, chosen by English settlers during the Victorian era because it had the best harbour in the region and was close to the fertile plains of Waimea. Visitors to the city today, which is now home to approximately 52,000 people, can walk in the footsteps of these early explorers, stopping at significant sites of the colony’s establishment.

The Nelson Provincial Museum is a good place to start your exploration of the area, with an exhibition in the Regional Gallery that presents the history of the six Māori tribes of the Nelson-Tasman region, who have been in the area since the 1300s.

Traditional tools, such as fishing hooks made from iron with a lining made from abalone shell and a kelp storage bag used to preserve fish, are all on display at the museum. They provide a window into how these first inhabitants survived. Nelson’s Māori name is Whakatū (pronounced far-car-two) or Wakatū (wah-car-two), which means to set up or establish. The museum also includes details on the European settlement and stories of conflict and collaboration between the Māori and the Europeans. 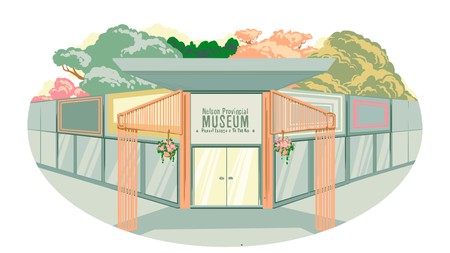 The history of Nelson

Nelson was colonised in the 19th century – a time referred to by historian Ruth M Allan in her book Nelson, A History of Early Settlement (1965) as “the hungry forties, that decade of economic and political dislocation when thousands of people left Europe in search of a better life in the new world beyond the seas”.

Allan’s book details the steps taken for the planned settlement that was established in 1842 when the first ships arrived on Nelson’s shores. The location chosen for the establishment of this second settlement, after Wellington, was not an ideal choice, according to New Zealand Company’s expedition leader Captain Arthur Wakefield.

Even though it appeared to Wakefield that there was not enough land or capital to support the company’s ambitious plans for the settlement, the location selected was a compromise because of its easy access to the Australian colonies across the Tasman Sea. Deep waters in the harbour meant it was also suitable for ships, but the entrance was narrow and tricky to navigate. On an early expedition in 1841, Wakefield observed the reason for choosing the location, that there appeared to be land for suburban sections and a “great portion fit for pasture”.

Walking up to the Centre of New Zealand monument will give visitors 360-degree views of the Tasman Bay and the suburbs that expanded up the hills into little valleys so that “the unity of the city wasn’t destroyed”, according to Allan. This hill was used as a central survey point during colonial times.

The area also enchanted early settlers like William Curling Young, who wrote of his delight to his mother in April 1842. “With bold mountains rising all around us, and a peep of the sea, with the vessels in the Harbour like Fairy Land. I never dreamed of the beauties of this place. The view of the Mountains across the Bay is as Italian as possible.”

The architecture of Nelson

With a population of only 5,000 in 1858, Nelson became the second town in New Zealand to be granted city status because of a royal decree that permitted the town to establish a cathedral. The current site of the Christ Church Cathedral, on Church Hill, is where the Anglican bishop George Augustus Selwyn first held a Sunday service in August 1842 in a tent that fit 200 worshippers.

Today, this location is home to a neo-Gothic cathedral, with some of it constructed with marble from nearby Takaka. Inside the cathedral are several plaques honouring those lives lost throughout Nelson’s history, from Wakefield himself to soldiers who fought for the British Empire in early-20th-century wars.

At the base of the Centre of New Zealand monument stands a large open field surrounded by tall oak trees. Known as the Botanical Reserve, this is where the first game of interclub rugby was played in New Zealand on 14 May 1870. According to the history books, there was a crowd of about 200 curious spectators who watched the game between Nelson College and the Nelson Football Club. The latter wore street clothes and beat the college team 2-0. The game was brought to the region by sport-loving, Nelson-born Charles Monro.

At 16 years old, Monro was sent to England to complete his schooling for a potential career in the army, but he returned to New Zealand after telling his father, David, that he didn’t want to join the military. He then joined the Nelson Football Club and convinced them to try rugby.

The Colonist, a bi-weekly newspaper in Nelson, reported on the historic match: “Now some player runs with the ball, and a general scrimmage ensues; it is all shove, pull, rush, and roll about in a confused mass till ‘down’ is cried, and away the ball goes again till perchance it gets in touch or caught.” Monro died at age 82 in 1933 and is widely acknowledged as the father of New Zealand rugby. 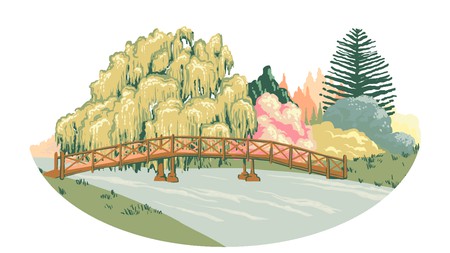 What to see in Nelson

Nelson retains a lot of its historic charm with well-preserved and protected heritage sites. Today, this modern smart city has ambitious sustainability goals supported by bus routes and over 30 kilometres (19 miles) of off-road cycle paths and walkways. To set a foot in both the old and new worlds of Nelson, visitors can explore what is known today as the heart of the city, the Queen’s Gardens. It was once a meat market for early settlers and before that, a food source for the Māori, as the pond next to the Maitai River was full of eels.

The gardens are an example of a Victorian classic ornamental park, and today, they are used for many community events. Lying back on the grass and looking up at the sky through the leaves of old trees planted in 1893 – such as the Mt Atlas cedar, camphor, weeping cypress and Norfolk Island pine – visitors can imagine bygone times. The park continues to undergo development, with the most recent addition being in 2007, the Huangshi Chinese Gardens.