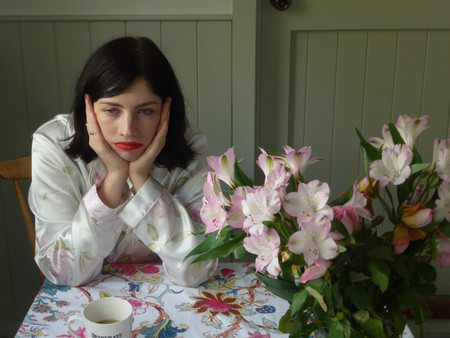 Culture Trip speaks to poet Hera Lindsay Bird about her recent collection Pamper Me to Hell & Back and her development as a writer.

Hera Lindsay Bird is an award-winning poet from New Zealand. Heralded by poet laureate Carol Ann Duffy as “the most arresting and original new young poet”, Bird’s poems mix deadpan humour with tender longing, nameless dread about death with a juvenile excitement about life. A modern poet, in the sense her poems ‘Monica’ and ‘Keats Is Dead So Fuck Me From Behind’ went viral, Bird offers much more than sensational, provocative titles. Gliding effortlessly between moments of awesome insight to banal everyday observations, Bird is breathing new life into a medium that can often feel static and laborious. While at the Miłosz Festival in Kraków, Bird discusses her poetic influences, stand-up comedy and the book she can’t stop reading. 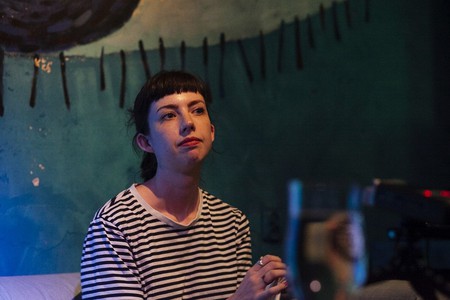 Culture Trip (CT): Your poems contain this powerful tension between excitement and dread, life and death. To what extent is this an intentional effect?

Hera Lindsay Bird (HLB): I’m one of those people who is generally quite cheerful. So my main interest is in humour, love poetry and comedy writing. But I do think it’s important to have all that other stuff in there. No books can make me cry that can’t make me laugh first, and to me one of the best things about poetry is the freedom of tonal shift you can have.

CT: The poems are very funny. Was humour something you always wanted to write?

HLB: It was kind of by accident. When I was doing my MA in poetry I was trying to write all of these poems that had this prosthetic gravitas to them, but I got about two-thirds through the year and I thought ‘this is ridiculous, this sounds nothing like who I am or how I talk to my friends’. So I started writing these off-hand joke poems as a form of procrastination and that’s when I figured out where my voice lived. To me the best writing at the moment is actually happening in TV comedy.

CT: What programmes do you think are doing exciting things?

HLB: I still go back and watch The Thick of It all the time. I just think it’s one of the most wonderfully funny things. And I love all of Stewart Lee’s comedy. I learn more about writing poetry when I watch Stewart Lee than when I read poetry.

HLB: He has such an incredible grip on narrative. He also does endurance comedy, which is my favourite kind of writing: jokes that start out funny and continue to be funny then stop being funny and they go on and on and they’re still not funny and then somehow he manages to bring them back around to being funny again.

CT: In ‘Lost Scrolls’, you use an enormous chain of metaphors to describe love. But there’s an irony to this. You’re both admitting there’s no way you can ever say what love actually is while striving endlessly to define it?

HLB: That single metaphor is such a cliche of poetry. Sometimes it’s done so beautifully well, where someone can sum something up so precisely in one image, but that’s not really my kind of poetry. But the other thing that metaphors do, apart from bringing a cumulative understanding to a topic, is they also invite the world in. Sometimes you’ve got to find a way to have some kangaroos in a poem – metaphor is a really brilliant way to do that. Otherwise you’re just working with what’s in your immediate environment. 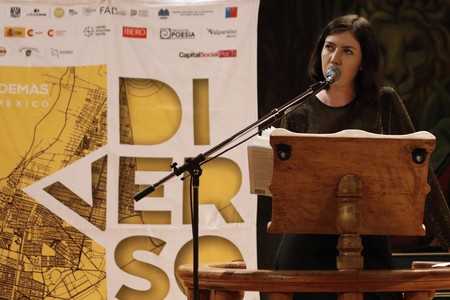 CT: Can you tell me about your writing process?

HLB: It’s changed a lot actually between these two books. It must have been seven or eight years ago that I started writing some of the poems in this book [Hera Lindsay Bird]. At the time I was teaching myself to write. I was reading Chelsey Minnis and Mark Leidner, who have those really long, ecstatic metaphor chains, so the first part of my writing process was teaching myself how to reverse engineer those.

Over the years, I’ve learnt that the stuff that people respond to more or the stuff that feels more alive to me is stuff that isn’t so laborious. As I’ve gone on I’ve been using less and less of those metaphors, because sometimes you risk losing some of the energy of the poem. I’m trying to be a little more off-the-cuff these days, particularly in this book [Pamper Me to Hell & Back].

CT: In ‘Pain Imperatives’ life is depicted as an endless stream of inevitable cliches. Do you believe that?

HLB: There’s only so many human experiences most people have. You grow up and you have all of these ideas about what adult lives are and then you think they don’t apply to you and then slowly one by one they begin to happen – suddenly you find yourself in a divorce with your husband who’s sleeping with a 20-year-old undergraduate. I think it’s part of being a writer – we feel like we’re outside of that normal stuff in the world, maybe in an arrogant way. But I think that’s one of the joys of life, being proved wrong.

CT: ‘Everything is about to go wrong forever’ is charged with a visceral, nameless dread. Why do you think so many of your poems explore this anxiety?

HLB: It’s like a catastrophism. I feel like all of my love poetry has this really ominous undertone. When you write it, you’re writing it to the person in the moment, but you’re also writing it almost as an elegy in the future. You’re thinking beyond the moment that you’re in. I’m one of those people that’s always looking back on a moment as if it’s already been, while it’s still happening – what can you do apart from milk it for all its literary value?

CT: And finally, what are you reading at the moment?

HLB: I’ve actually got quite a lot on my e-reader as I’m travelling for two months. But my favourite book of last year that I’m rereading over and over again is The Idiot by Elif Batuman. I think it’s the best thing I’ve ever read, it just melted my brain.