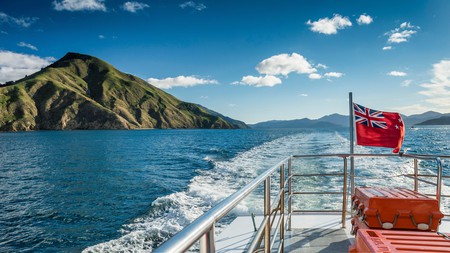 Delivering the rural mail may not be on every traveller’s wish list, but in doing so you could see some of the most remote corners of New Zealand, help keep a century-old service alive and possibly spot dolphins, too.

The Pelorus Mail Boat, operating out of the small town of Havelock in the Marlborough Sounds, has been delivering mail to the scattered inhabitants of Pelorus Sound for more than 100 years. The word “mail”, however, doesn’t quite capture the reality of all the goods that are transported this way: gas canisters, grocery supplies and even animals are regular cargo on the boat, and the fares passengers pay for a day-long tour help to cover the costs of making deliveries to the most remote corners of the Sounds. 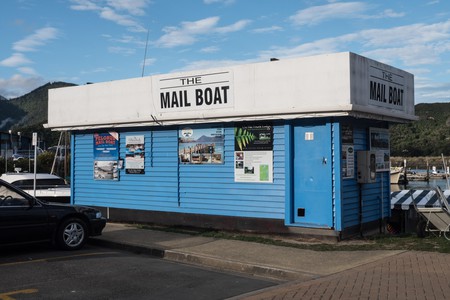 Located at the top of New Zealand’s South Island, the Marlborough Sounds are a jagged network of sunken river valleys, islands, mountains, bays, wildlife reserves and beaches, with very few roads. Many parts of the Sounds are only accessible by boat, but that doesn’t mean nobody lives there. A smattering of hardy sheep and mussel farmers, tourist lodge operators and more call the outer reaches of the Marlborough Sounds home. These people rely on the mail boat for their weekly supplies. While 3,200 people live in the Sounds’ larger areas such as Picton, Havelock and other scattered towns near the highway, it takes a special type of character to live in a place that’s effectively cut off from the rest of New Zealand. 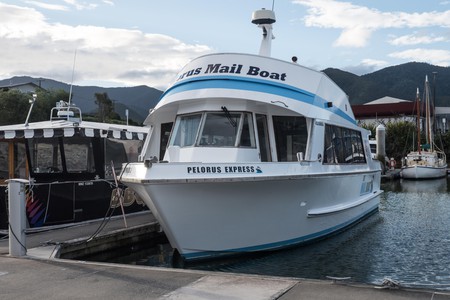 Not everyone necessarily sees road access as a luxury. One recipient of the boat’s services is a gentleman who packed up and left city life in favour of the remote wilderness of the Marlborough Sounds and hasn’t been to town – Havelock – in over a year. The Mail Boat crew, along with any neighbours he can reach by boat are his only social contact. Around the corner, a family of sheep farmers homeschool their children. There’s certainly plenty of education to be found in the bays and bush of the Sounds.

This isn’t a pristine wilderness, and the scars of forestry mistakes can be seen across the area. New Zealand’s Department of Conservation operates around 50 wildlife reserves here, only some of which can be visited. Maud Island is a predator-free scientific reserve between the Tawhitinui and Waitata Reaches in the northern parts of the Sounds, not far from the entrance to the open ocean. Only scientists and conservationists are allowed ashore here; for the general public, a special permit from the Department of Conservation is required. 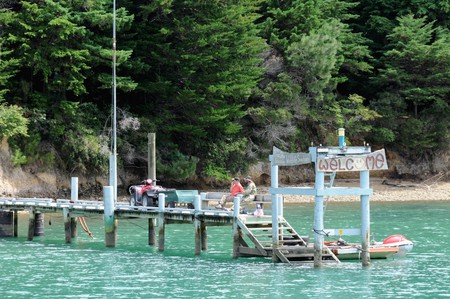 The Perolus Mail Boat offers a unique experience that shouldn’t be missed, but don’t overlook what else this area has to offer. The Marlborough Sounds are a special place, offering boating, kayaking, hiking, wildlife watching, camping and comfy boutique lodges in remote corners of its wilderness. All kinds of travellers will find something here, and while it might be tempting to spend days or weeks exploring hidden bays and beaches, don’t forget that the top of the South also contains some of New Zealand’s greatest attractions: Abel Tasman National Park, Kahurangi National Park, and Golden Bay to the west, the Marlborough wine country to the east, and the Richmond Hill Forest Park and Nelson Lakes National Park to the south.

The Pelorus Mail Boat operates along different routes on different days of the week, but it doesn’t stop anywhere with the relative luxury of road access and only residents of the Sounds with no road connection at all receive supplies from the boat. The boat’s starting town of Havelock, the self-proclaimed “green shell mussel capital of the world”, has a number of harbourside restaurants. Enjoy a lunch of seafood, catch the boat and explore some of the Sounds’ most remote and untouched areas.