Reimagining mundane objects and transfiguring their forms into enchanting large-scale sculptures, New Zealand artist David McCracken transforms the everyday. His first solo exhibition was held in 2000 at the McPherson Gallery in Auckland, New Zealand, and since then McCracken has experienced a meteoric career as a visual artist. Here are five things you should know about the artist and his practice. 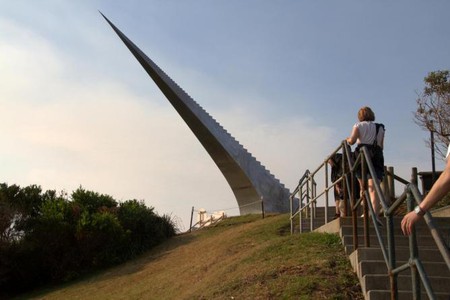 McCracken began his career as a sculptor carving driftwood and other found, natural materials. His early works were mostly figurative – quite unlike the stylised and often abstract forms he now creates. His early skills and experience were in boat building and set design and he is still fascinated with natural materials and forms. In fact, those early experiments with natural materials led directly to the artist’s focus on his material as an integral and essential part of his work. 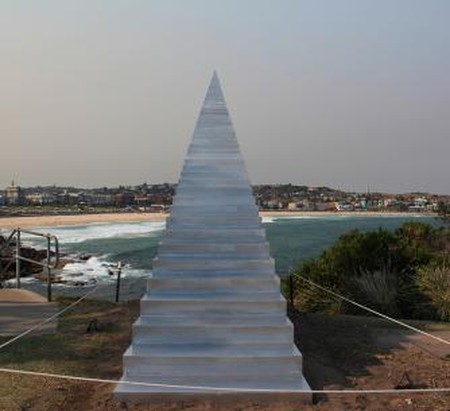 His Most Famous Work

His audience dramatically expanded after his large sculpture Diminish and Ascend was shown at the 2013 Sculpture by the Sea exhibition in Sydney. The work featured a clever optical and conceptual illusion: a stairway to heaven, reaching up and over the edge of a cliff and diminishing in size as it ascended, seemingly, into infinity. It was a staircase that you couldn’t climb, literally or figuratively. The innate function of a staircase had been transformed into metaphor. Around half a million people saw this work and it was one of the most popular and photographed pieces in the exhibition.

McCracken’s approach to making public art is diverse and inquisitive –he is currently interested in creating more ephemeral land art projects, where maintenance of the work is part of an ongoing, ritualistic performance that is integral to the work itself. These projects are in contrast to other recent works that are made of steel and designed to last millennia. McCracken deeply considers the idea of art in the public realm, and its lifespan. He notes that funding bodies for public art often lean towards work that will not require huge maintenance in years to come. Refusing to let this reality dictate the trajectory of his practice, he has simply diversified and become even more adept at creating an expanding group of works, incorporating both traditional and new techniques and materials.

The Artist’s Interest in Words and Language

McCracken is fascinated by language and text: one of his early memories involves the phrase, ‘A deafening silence’. He remembers hearing the phrase as a boy and ‘understanding that logically it shouldn’t work whilst simultaneously understanding implicitly the intention of the writer’. This sort of play on words and meaning is something that McCracken seeks to explore in his work. He describes words as the material of language – just as steel, wood and aluminium are the material of sculpture –and considers how meaning can be projected through form and object as it is through words and language. 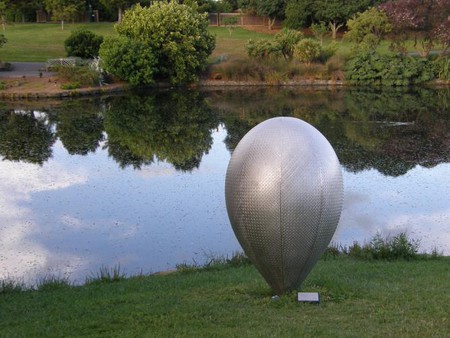 The artist is inspired by innovators and engineers such as Carl Sagan, Geoffrey de Havilland and Colin Chapman; great thinkers whose ideas span traditional theoretical boundaries and who have been able to change entire paradigms in their fields. This ambition manifests in McCracken’s dedication and commitment to learning new techniques and immersing himself in particular methods for years at a time. Two of McCracken’s favourite artists are Marina Abramovic and Chris Burden, whose work also includes sculpture and engineering. Like Abramovic and Burden, McCracken has worked in performance art and live theatre, and is fascinated by the portrayal of mass as an entity. Early in his career, he sought to translate the stresses and traumas that are the essence of drama in his own work, replicating those qualities in the materials and subject of his sculptures. He is renowned for the tactile and formal qualities of his work, which stimulate both the senses and the mind of the viewer.

McCracken’s greatest inspiration is his daughter, a budding cartoonist. He says that he is ‘constantly amazed by her process, which is so reduced, but efficient at conveying ideas and emotions… the opposite of what I do’.