The craft beer business is booming the world over, and nowhere is this truer than in New Zealand. This little island nation may only have four and a bit million people living on it, but they still manage to put roughly 63 litres of beer away each per year. Clearly, Kiwis love to get on the outside of a nice frosty one, and the market reflects this with about 65% of the alcohol for sale in the country being of the beery persuasion. Obviously, there is beer for the masses, and then craft beer. This is beer for the connoisseur. It’s beer made in smaller batches, using experimental flavours and ingredients. So, if you fancy trying something a little different then take a look at our guide, and find out the best spots in Wellington to sample some quality craft beer. 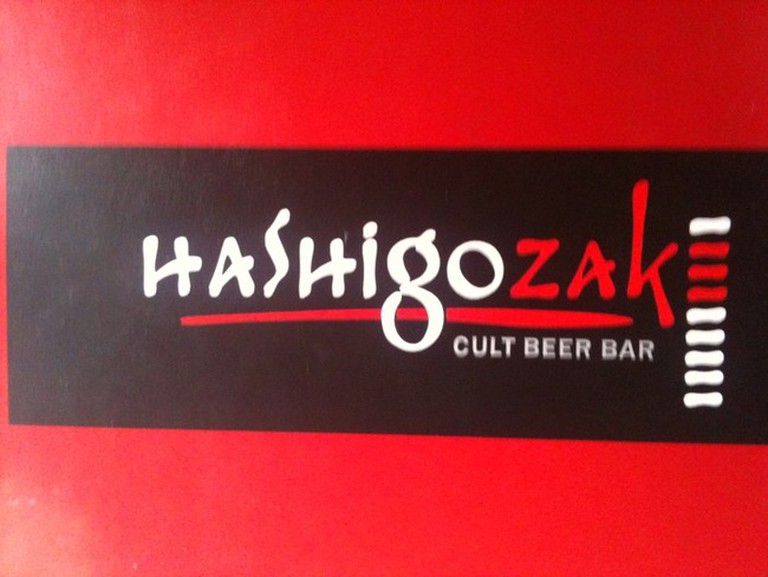 Hashigo Zake | © Terrence Wood / Flickr
Hashigo Zake ticks every box when it comes to what a customer wants from a craft beer house. First and foremost; the beer. They have a cracking selection here, and not just from local and New Zealand breweries. They also have some excellent Japanese examples (duh) as well as European, Australian and American imports. You really are spoiled for choice. Now, couple this with the fact that their bar snacks include a fantastic selection of pies and you can see why these guys are so renowned in the city. Try out the Ballast Point range of you can.
Open In Google Maps
25 Taranaki Street, Te Aro Wellington, Wellington, 6011, New Zealand
+6443907300
Visit Website
Give us feedback 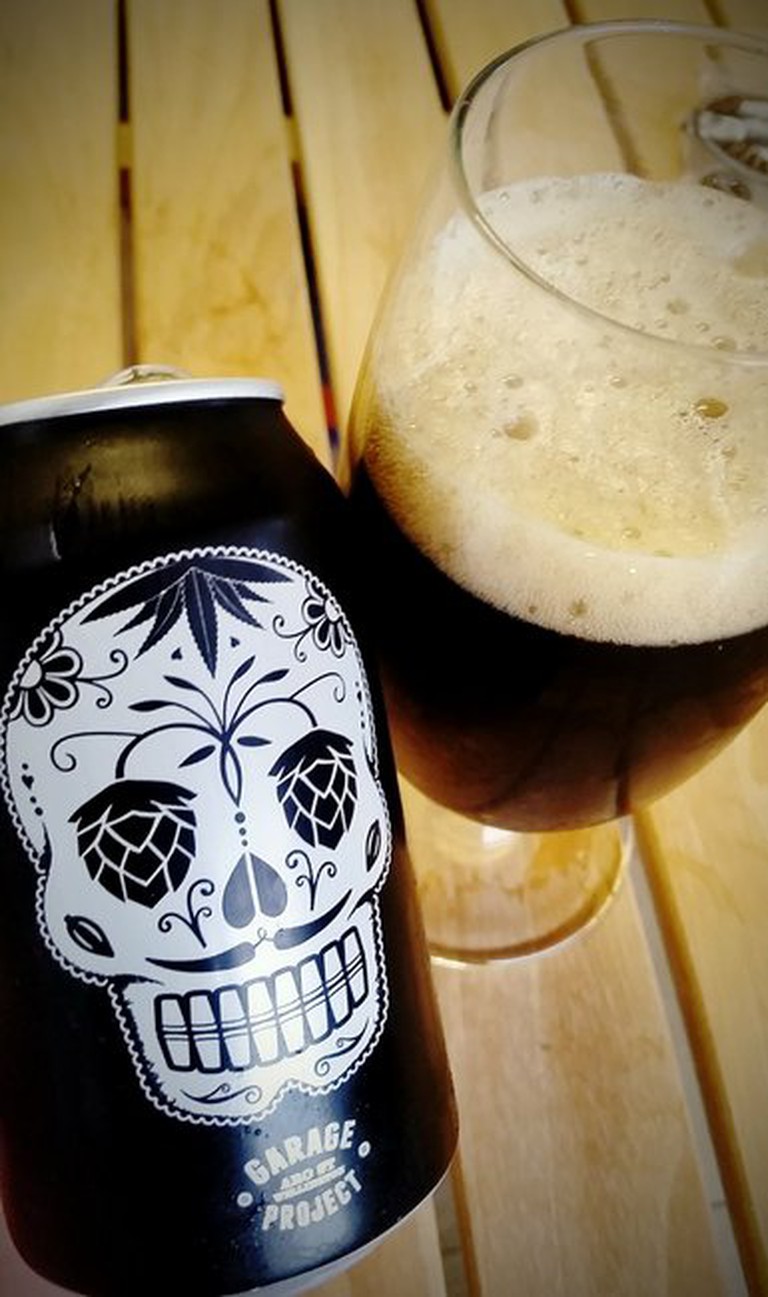 Garage Project started as a hobby for two mates and has now become a must-visit port of call for all beer aficionados in Wellington. They have a couple of locations now. The Brewery, which is obviously where the beer is produced and where you can take a tour and try a drop or two, and The Taproom. The Taproom is a wonderful place where you can try one of the 18 beers Garage Project has on tap at any one time. They are purists here and serve only their own beer, and no food. You can stick with an old favourite like the Fuzzbox Pale Ale or try something a little more boutique like the high-strength Chateau Aro Pinot Harvest Beer.

The Rogue and Vagabond 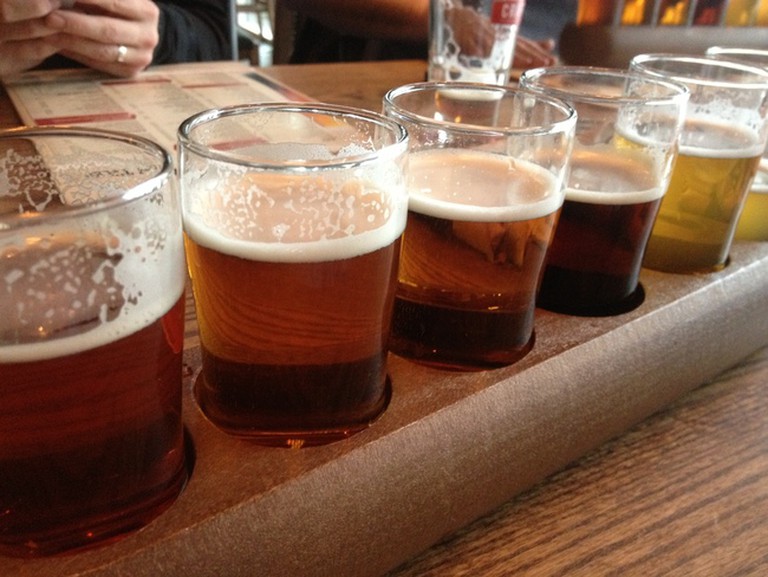 Craft Beer Samples | © CK Golf / Flickr
The Rogue and Vagabond specialise in New Zealand quality craft beers, which is fantastic as it gives you an opportunity to try a selection of some of the best beers that New Zealand has to offer. This includes such delightful on-tap offerings from Sawmill Brewing, Liberty Brewing Co., Three Boys Brewing and mike’s Organic Brewery. Head on in and find a new favourite.
Open In Google Maps
18 Garrett Street, Te Aro Wellington, Wellington, 6011, New Zealand
+6443812321
Visit Website
Give us feedback 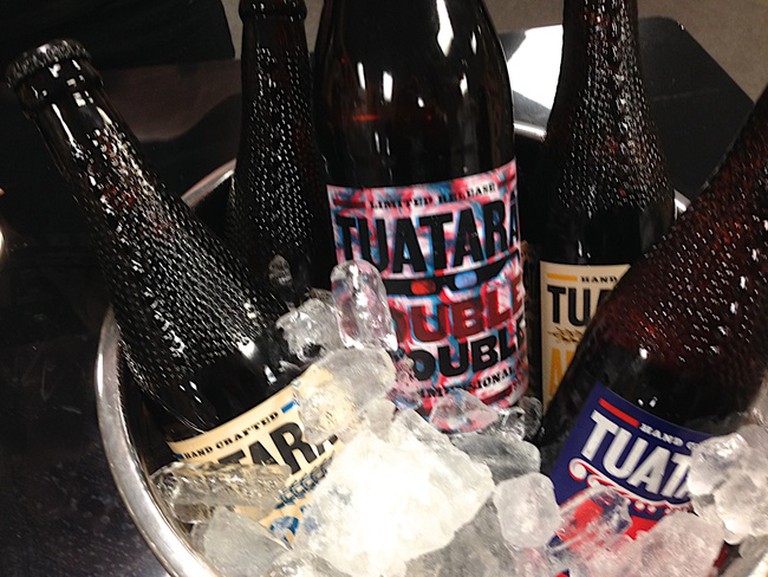 It was only a matter of time before the highly successful beer-geeks at Tuatara started their own bar, and here’s the result. Naturally, they serve up a selection of their tried and tested fan favourites. However, they also have guest beers on tap, supplied by their brewing brothers and sisters from around the country. What sets them apart from many of the other craft beer bars on our list is that they have installed a micro-brewery in their bar so that they can whip up new and unique beers on the premises. These are beers that you might not be able to get your hands on anywhere else. 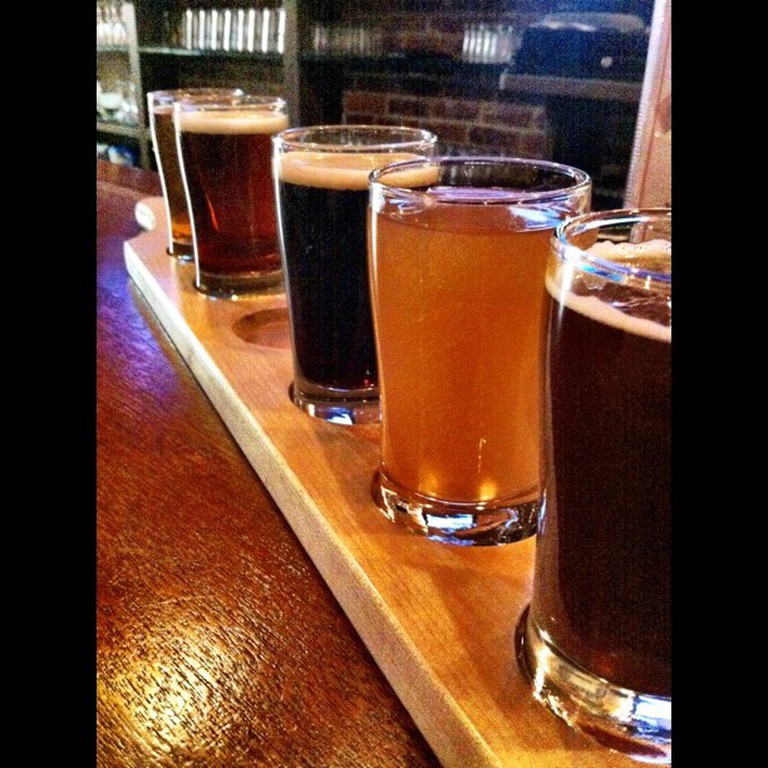 A relative newcomer on the craft beer bar scene, Fortune Favours opened in 2016, and has become an essential stop-off for those doing the rounds of brilliant Wellington watering holes. Being a fairly young brewery, they’ve covered all the basic needs of their customers, whether they’re after a Red Rye Ale (The Chaser) or an American I.P.A (The Yeager). They also offer some of the tastiest bar snacks in the city that lend themselves perfectly for sitting down to a bit of a sampling session. The cheese and beer on toast washed down with a nice cold pilsner (The Adventurer) is a ripper of a combination. 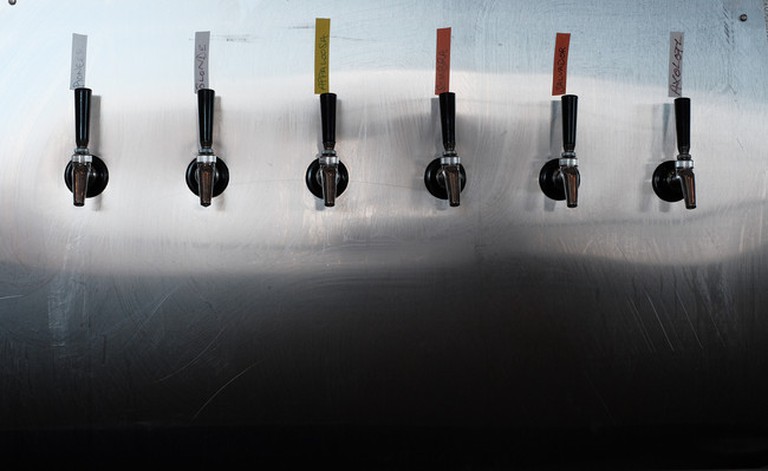 This is beer brewing as a business. Yes, you can swing by and have a sample from the 10 lines that they have hooked up. You can even bring your own vessel and pay to have it filled with the nectar of your choice. You can’t, however, stop in for a leisurely pint as they aren’t licensed. This isn’t the end of the world by any means. It just means that you can conveniently pick up a litre or two on your way to a picnic, or on your way to do a bit of fishing in the area. 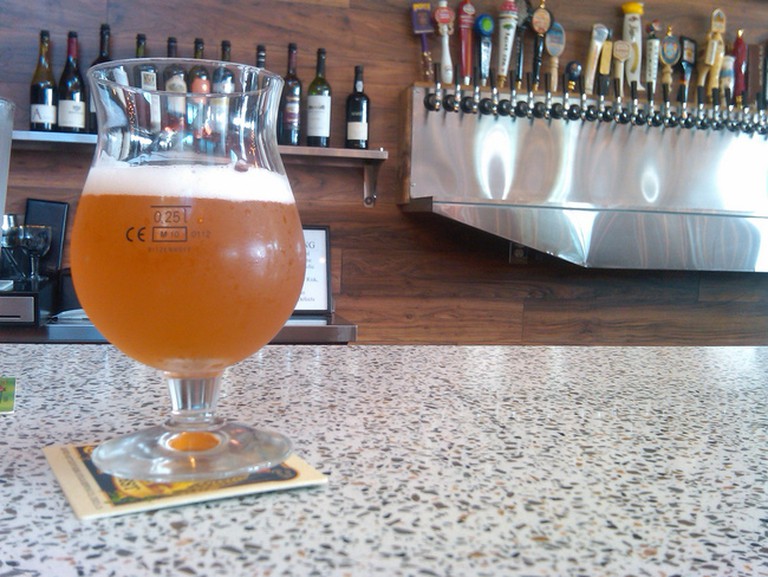 The brewers at Fork and Brewer have produced a substantial amount of their own beer which they serve from their huge central bar. They have over 20 of their own beers on offer, as well as other beers from fellow Kiwi brewers, such as the likes of Epic and 8 Wired. They’re all about the beer here, and that’s especially evident in their food. They take pride in using beer to cook a selection of their dishes, so why not head in and try some beery food and beery beer for yourself? 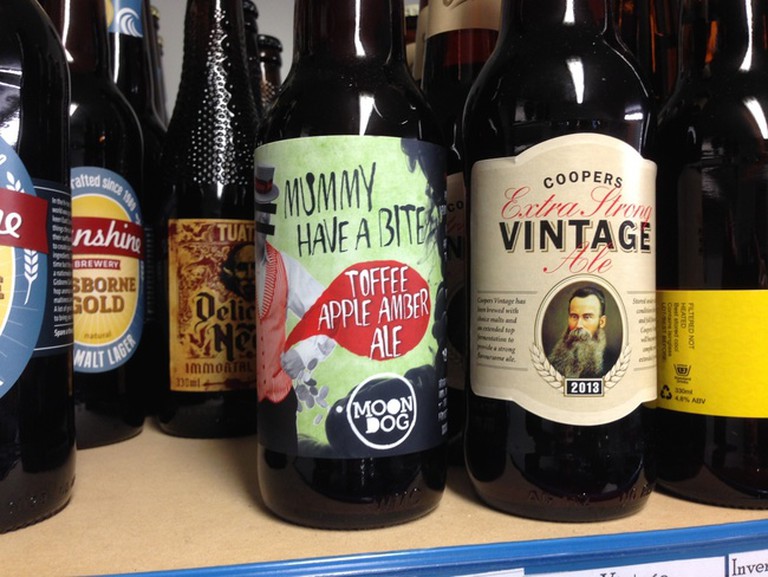 As the name suggests, Golding’s Free Dive takes its inspiration from the North American dive-bars. What this bar crucially does differently is serve delicious beer from all around the world. The guys and gals who work here really know their craft beer, and they’ll be happy to tell you all about the wares that they offer. So, not only will you get a beer you’ll also get an education!

Boutique, Quirky, Casual
Give us feedback