Alfresco Bev | © Hsing Wei / Flickr
Something you’ll keep hearing from locals is that you can’t beat Wellington on a good day. The capital of New Zealand is renowned for its phenomenal bar and restaurant scene. Here is our guide to finding the best spots where you can sit, enjoy the sunshine and wrap yourself around a beer.

Bar, Restaurant, European, Vegetarian, $$$
A Summer Christmas | © PROKristina D.C. Hoeppner / Flickr
Southern Cross is one of those pleasing institutions in which the flow from afternoon to evening to night is so smooth you don’t realise you’ve been there for 10 hours until you look up at the stars and wonder where the sun’s got to. It has many commendable features that make it a key place to sit out. The stonegrill is a byword for excellence – where you’re given a roasting hot stone that has been in the oven and you cook your own meat / prawns on it. They also supply you with lovely blankets in the winter time, so you can sit out on cold, clear nights, around the fire and drink a glass or two of wine. This is by far and away the best year-round alfresco beer-garden in Wellington. 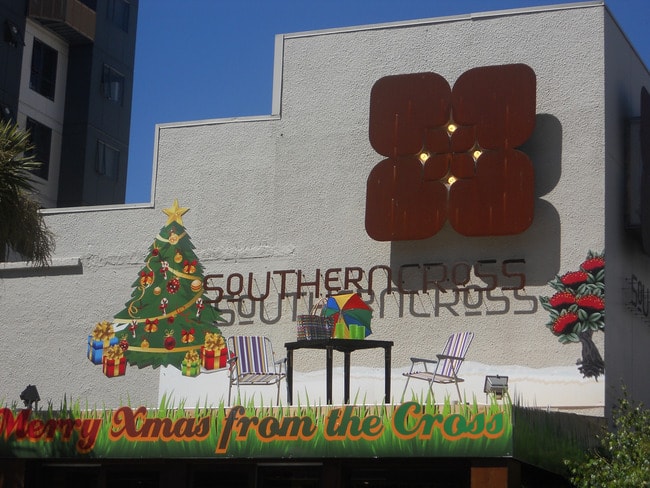 Bar, Restaurant, European, Oceanian, $$$
Complimentary Sunscreen at Mac's Brewbar | © PROKristina D.C. Hoeppner / Flickr
Mac’s has a prominent position on the Wellington waterfront. It serves your standard pub fare, but in such a prime location that everything is somehow heightened. The beer isn’t even craft beer, which is becoming the norm now, but the patio is so popular it doesn’t really matter. It’s the atmosphere that you’re going to remember after leaving here. Being able to look out onto the water with a glass of lager is what a lazy day is all about. They even look out for your well-being by providing complimentary sunblock to protect you from that fierce NZ sun. 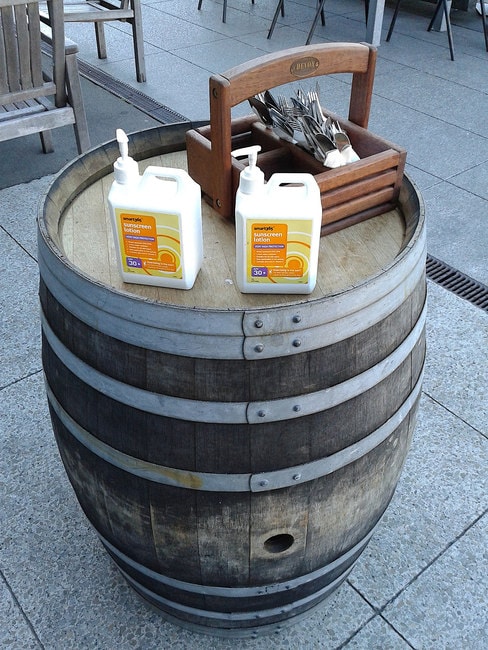 Bar, Pub Grub, Contemporary, $$$
Little Beer Quarter doesn’t have the largest area in which to sit and relax, and on a busy weekend day you’re going to be very lucky to rock up and find an empty table. Although there might only be a few tables dotted out the front, the fact that it’s on the street makes it all feel very European. It’s quite nice, especially in an eclectic city like Wellington, and feels right.
More Info
Open In Google Maps
6 Edward Street, Te Aro Wellington, Wellington, 6011, New Zealand
+6448033304
Visit website

Bar, Restaurant, Wine Bar, Oceanian, Seafood, Coffee, $$$
Coene’s has an enviable location on Oriental Parade and, as such, commands one of, if not the, best views in the city. It’s a very chic establishment with some brilliant snacks. We’re partial to the halloumi fries, broccoli and edamame salad and marinated olives. For a long lunch in the sun you can’t beat the charcuterie or cheese board (or both…) washed down with a bottle of white wine or a couple of glasses of good cold beer.
https://www.instagram.com/p/BNyr7ExjDrg/
More Info
Open In Google Maps
Oriental Bay Wellington, 6011, New Zealand
+6443857124
Visit website

Bar, Pub, Restaurant, Oceanian, $$$
The Hop Garden | © Ewan Munro / Flickr
Located in the quiet of Pirie Street, The Hop Garden is a special spot where you can escape the immediate hustle and bustle of the city. It’s an easy 10-minute walk from central Wellington, and worth making the short stroll to get off the obvious tourist trail of bars in the centre of the city. They do a brilliant and simple rustic menu that is served up out the back under a canopy of leaves. If you were dropped into your chair, you honestly wouldn’t guess that you’re eating and drinking in the middle of a capital city. Liberty, ParrotDog, Emerson’s, Moa, 8 Wired, Garage Project and Tuatara beers are all here. That’s just to name a few though. The whole beer list is as extensive as you’d expect in a place called The Hop Garden. 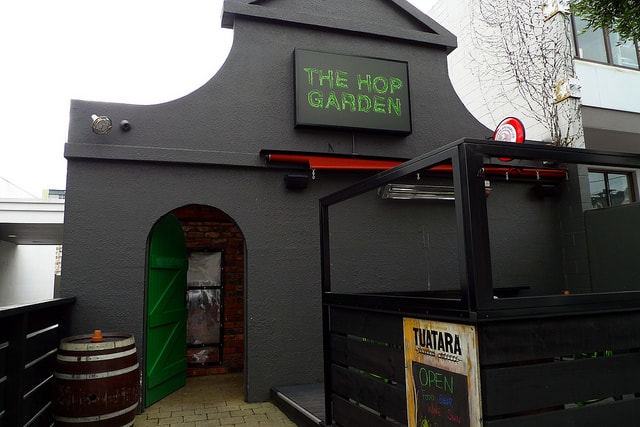 Bar, Restaurant, European, Oceanian, Beer, $$$
St. John's Bar and Restaurant | © Matt Biddulph / Flickr
This is another bar that relies heavily on its outstanding position right on the waterfront to draw hoards of people to its patio every time the sun pokes its face out. It sits very close to the art gallery, museum and main shopping precincts in Wellington, so is ideally situated for those who have culturally overloaded or are on the verge of losing their minds through too much shopping. The remedy for both these afflictions is cold beer and fried food, which is fortunate as this is a St. John’s specialty. The beer is Heineken and the like, the fried food as good as you’d expect, but when you combine them with that view and a balmy day, you’re onto a winner, no matter how you look at it. 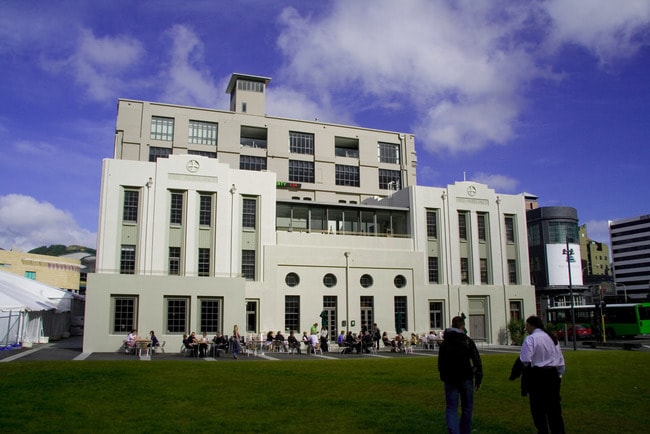 Restaurant, Vegetarian, Pub Grub, $$$
There are heaps of beers here to suit every taste and fancy, whether you’re after an English ale, porter, amber ale, I.P.A, lager or wheat beer. There are beers from all over New Zealand, as well as all over the world. The deck is small, but it overlooks the street and is great on sunny days, catching the sun beautifully. Newtown is a little more interesting when it comes to people watching, and you can wile away many an hour in the sun as the local eccentrics meander past. If you want to escape the city then this is definitely a good place to take a rest.
More Info
Open In Google Maps
88 Riddiford Street, Newtown Wellington, Wellington, 6021, New Zealand
+6443898930
Visit website