Before The Lord of the Rings: The Making of Peter Jackson 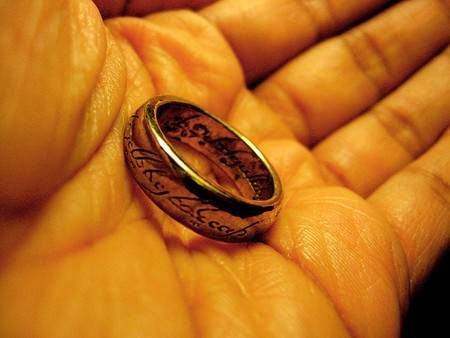 The Lord of the Rings © Themeplus/Flickr

Peter Jackson is the well-known director behind The Lord of the Rings trilogy and the 2013 release The Hobbit. Jackson has been knighted for the incredible effect his films have had on New Zealand’s international reputation. However, while it may be hard to find a cinephile who hasn’t seen the Lord of the Rings films, his earlier movies are much less known. We look at some of these earlier works, and see how they influenced Jackson’s magnum opus.

Born in 1961 in Pukerua Bay, Peter Jackson was an avid cinema enthusiast from a very early age. Owning his first camera at the age of eight, Jackson’s childhood was filled with making movies with friends, experimenting with homemade special effects and developing his cinematic style. With these films covering a range of topics from WWII to stop-motion monsters, Jackson has said he was inspired by filmmakers like Ray Harryhausen and the Monty Python team. After years dedicated to the art of cinema, his first full-length professional film was released in 1987: Bad Taste. 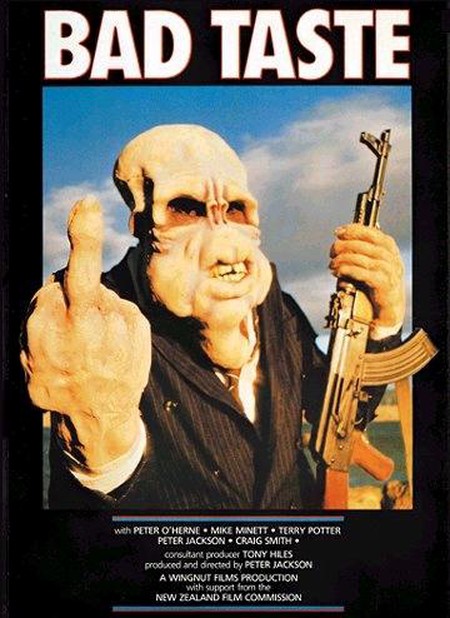 When watching Bad Taste, it is somewhat hard to believe that the same person could make the epic Lord of the Rings trilogy. Bad Taste is a sci-fi comedy horror film that sees business suit-wearing aliens attack a small New Zealand village to farm humans for a food franchise in space. The film co-starred Jackson himself and used over-the-top costumes to bring the aliens to life. Filled with crude jokes, absurd violence and budget special effects, Bad Taste became a cult classic, receiving the audience award at Fantafestival in 1989. Although not winning anything at the Cannes Film Festival, it was this that gave Jackson the first push he needed to break into the industry.

While not as great of an impact as the Lord of the Rings’ ‘Middle Earth,’ Bad Taste was also filmed and set entirely in New Zealand and therefore put this country on the big screen. Apart from a few exceptions, New Zealand’s film industry was relatively unknown to the rest of the world at this time, so Bad Taste’s cult following helped to boost its reputation. Peter Jackson’s ability to merge multiple genres, which became evident in Lord of the Rings, was also apparent in this film. The epic story of Lord of the Rings is filled with fantasy, action, comedy, romance and more, which Jackson can be seen to have mastered early in his career. Also, the detail of the costumes and effects, although used for comical reasons, can be seen as another influence on his later work. 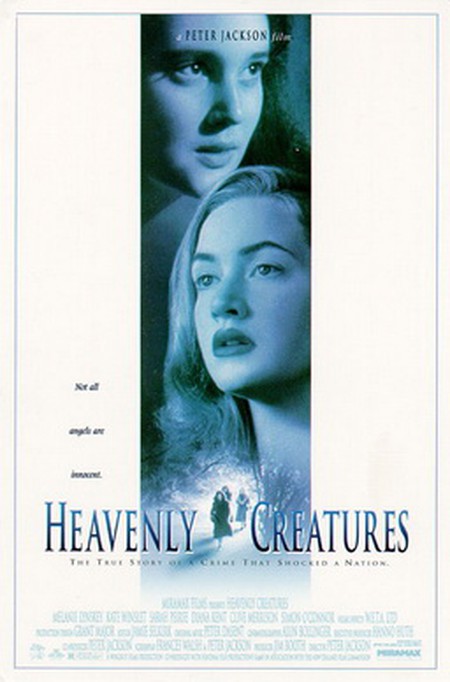 Following Bad Taste, Jackson continued to create horror comedies with films like Braindead (AKA Dead Alive) and The Frighteners. However his 1994 film Heavenly Creatures saw him branch out into a new genre. Based on the infamous 1954 Parker-Hulme murder in Christchurch, this film proved Jackson’s ability to handle a more serious type of storytelling. Critically acclaimed, the film was an Academy Award nominee for best original script, and was also Kate Winslet’s debut film. The story follows the friendship of teenagers Pauline Parker and Juliet Hulme, as their relationship and imagination start to consume their perceptions of the world. Family tensions then force Juliet to move to South Africa, and so the two decide to murder Juliet’s mother in an attempt to remain together. Disturbing yet beautifully made, this film elevated Jackson’s career to the next level.

Heavenly Creatures once again put New Zealand on the silver screen, spreading a true national news story to the international world. It also started New Zealand actor Melanie Lynskey’s career, which would lead her to play roles in films like The Informant! This film demonstrated Jackson’s dexterity in being able to entertain and shock an audience who may or may not already know the story – a vital skill for his yet to come trilogy. 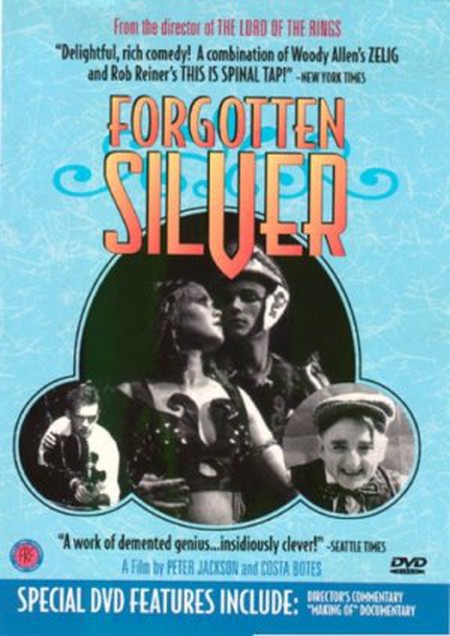 The year after Heavenly Creatures’ release saw Jackson delve into the world of mockumentary. Forgotten Silver was originally aired as a serious documentary about the entrepreneurial New Zealand filmmaker Colin McKenzie. In reality completely fictional, the film presented McKenzie as the innovator of many cinematic techniques and the father of modern cinema, and used real actors and film historians such as Sam Neil and Harvey Weinstein to prove this claim. Again winning Jackson several awards and international critical acclaim, Forgotten Silver surprised the world and highlighted Jackson’s versatility as a filmmaker.

Although it was a satire, Jackson’s determination to make the world see New Zealand through this film cannot be overlooked. Similarly to the comedy TV show Flight of the Conchords, it advertises New Zealand as a proud country that is not afraid to laugh at itself. The film also revealed Jackson’s talent in making false histories seem true. This was evident in the Lord of the Rings trilogy, as Jackson was determined to follow Tolkien’s style of not simply creating a fantasy story, but of telling the history of a fantasy world.

In 2001 the Fellowship of the Ring was released and immediately hit accord with audiences all over the world. Praised for reviving the fantasy genre in film and for distilling Tolkien’s great novels for a new generation, the Lord of the Rings trilogy made Peter Jackson one of the most famous directors in the world. A passionate New Zealander, Jackson has again and again revealed the beauty of his homeland and the whimsy of its culture to the international world. With The Hobbit films, Peter Jackson is continuing to boost the New Zealand film industry and retell Tolkien’s celebrated literature.