While Wellington holds the title of New Zealand’s ‘Culinary Capital’, Auckland is a gastronomic destination in its own right, and has been home to Cuisine magazine’s Restaurant of the Year three times in a row. We investigate some of the winners of Cuisine’s Good Food Awards 2013, as well as Metro’s Top 50 Restaurants, revealing ten culinary hot spots that stand out for their gastronomic excellence, sensational design and cultural significance. 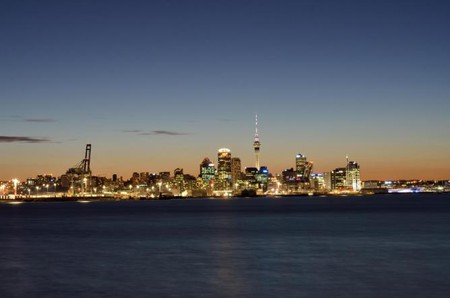 The French Cafe was justly named Cuisine magazine’s Restaurant of the Year Awards 2013 and the ‘Supreme Winner’ of Metro’s Auckland’s Top Restaurants, and as such is a must visit culinary destination for all foodie travellers. Created by the husband/wife partnership of Executive Chef Simon Wright and Restaurant Manager Creghan Molloy Wright, the restaurant is acclaimed for its contemporary approaches to French cuisine which are realised through the use of local and seasonal ingredients. Diners can enjoy plates such as roasted quail with wild mushrooms, chestnut, bacon, croissant and black truffle, and aged beef with smoked cheese beignets, young leeks, morels and creme soubise. The three dining areas each feature stunning design with an array of fine wooden furniture and tasteful pieces of art. 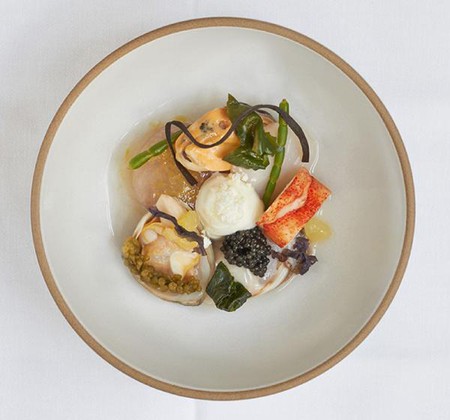 Continually appearing on Metro’s Top 50 Restaurants list each year, Eight Point Two focuses on serving modern and innovative New Zealand cuisine that excels in both flavour and presentation. Dishes such as their Angus eye fillet with black garlic, mushroom, beetroot, celeriac and duchesse potato, and vanilla confit duck leg with pomegranate, bok choy, shitake, orange and kumara are made with fresh, seasonal ingredients and are presented with an artistic flare. A refreshing range of craft beers and international wines are also available, adding further to this raved about dining experience. 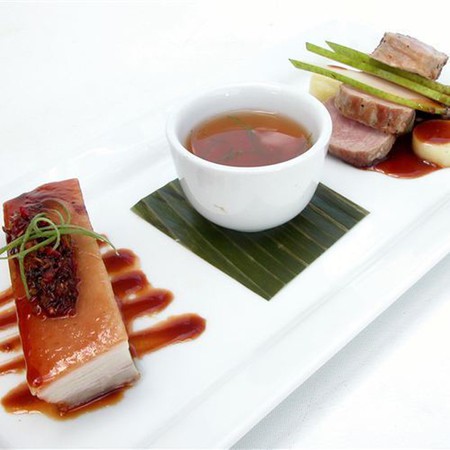 Taking no table reservations, Depot is a casual dining destination that offers sensational flavours, evident from their list of awards such as ‘Restaurant of the Year 2012’ and ‘Restaurant Personality of the Year 2013’. The restaurant is run by celebrated chef Al Brown and its culinary philosophy is described as ‘in season, beautifully cooked, to be enjoyed with friends’. The kitchen boasts of preparing most of its meals over charcoal or hardwood, serving dishes such as wood roasted fergus’ bone marrow with parsley and shallot salad, and the restaurant’s oysters and clams are widely praised. While the wine list is small in comparison to other top end restaurants, it is described as ‘perfectly formed’ and has been designed to match the food.

Praised as the ‘best dining experience in Auckland’ by a number of online food bloggers, Clooney is another beloved gastronomic venue in the city. The restaurant has been honoured by a number of prestigious awards, including Head Chef Des Harris receiving ‘Chef of the year 2013’. The menu centres on innovative approaches to classical cuisines, such as duck breast with morcilla, celeriac, beets, licorice and radicchio, and alpine salmon with wasabi, sour cream, witlof, cucumber and cured roe, and these plates can be enjoyed through either an a la carte menu or the seven course tasting experience. Matching the gourmet flavours, the interior design is simply divine, featuring hanging black lace that is used to create distinct spaces and mesmerising lights that create a contemporary, artistic ambience.

Winning Cuisine’s New Restaurant of the Year in 2013, Kazuya is a Japanese/European fusion restaurant that has been turning heads since it first opened. Before opening this venue, Head Chef and Owner Kazuya Yamauchi had worked in many revered kitchens throughout Europe, Japan and New Zealand, and this new eatery stands as evidence of his unweilding passion for the artistry of international gastronomy. Offering a range of courses and dining packages, Yamauchi aims for his restaurant to be as enjoyable as the theatre or cinema, and the plethora of positive reviews validate the success of this goal. Some of the plates include red king crab with ratatouille, spiced cream and egg yolk sauce; wakanui beef eye fillet with truffle and potato puree and essence chlorophyll; and ora king salmon confit and paradise prawn with quinoa, clear tomato sauce, mint and fennel. 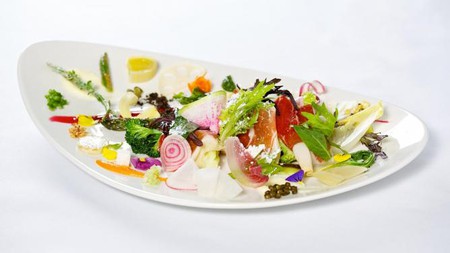 With an aim to make dining ‘an emotional experience’, Toto took the title of Auckland’s best Italian restaurant in Metro’s 2013 awards. The restaurant offers three distinct dining areas – outdoor, the main dining room and bar – and each offers a unique experience held together with the same promise of mouthwatering meals and delectable wines. Guests can feast on dishes crafted by Head Chef Sergio Maglione, such as lightly fried calamari with crispy vegetable, sesame seeds and agrodolce sauce; duck tortelloni with mushroom ragu’ and truffle oil; and risotto with aged style aquarello rice. The bar also features Happy Hour during the week with special drink deals and Toto pizza, which can be ordered by the metre. 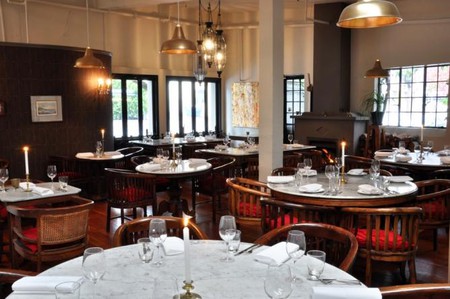 Translating as ‘heart and soul’ in Japanese, Cocoro is a favourite Japanese restaurant in Auckland and the winner of Metro’s best Asian food, as well as best drinks list. Cocoro serves ‘new style Japanese cuisine’, which can be tasted through a la carte, degustation and sushi sashimi courses, and diners have raved about the fresh wasabi used in some of their dishes. To complement the meals, the restaurant offers a range of ‘organic/biodynamic’ wines from New Zealand and around the world, and Cocoro boasts of only serving pure ‘Jun Mai’ sake. 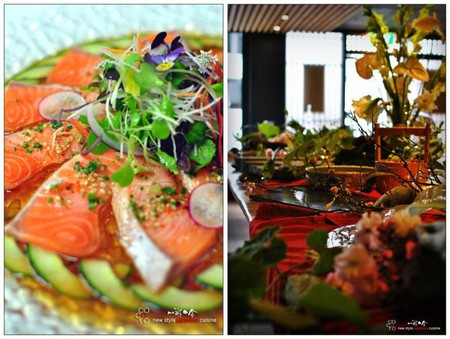 The Grill by Sean Connolly

Last year’s ‘Supreme Winner’ of the Metro awards, The Grill by Sean Connolly is a top culinary venue that provides a ‘relaxed, uncomplicated atmosphere’ and delectable meals with a ‘distinctly Kiwi accent’. The restaurant is set in SKYCITY, New Zealand’s most popular entertainment destination, and offers a menu of pasture-fed meat and sustainable seafood. Beef lovers will be excited by the range of steaks and cuts available, include wagyu, Savannah Angus and Wakanui Angus, while those who prefer food from the sea can indulge in Leigh snapper with Cloudy Bay clams and samphire butter. The interior design is beautifully tied together with a theme of dark wooden colours and sophisticated furnishings.

© The Grill by Sean Connolly

With creative chef Sid Sahrawat leading a plethora of culinary experiences, Sidart is one of the best places in Auckland to taste the innovative and contemporary. The restaurant offers ‘Test Tuesdays’, where eight courses that explore new techniques and flavours are served for a set price. The ‘Chef’s Table’ is another unique experience that allows diners to watch and interact with the chefs as they work in their culinary laboratories. This intimate restaurant is garnished with beautiful lighting design, and the presentation and flavour of the dishes have been lauded by guests and good critics alike. 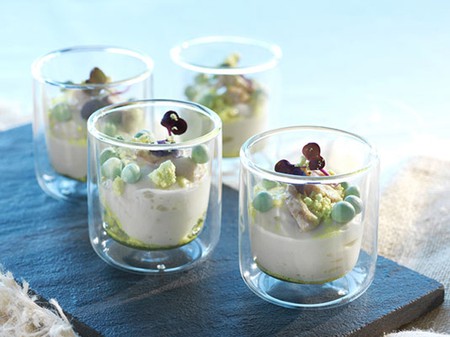 Set in the historic and revitalised Britomart, Ortolana is a popular restaurant that is located in The Pavilions in the heart of the shopping centre. The restaurant’s name means ‘market gardener’ and is symbolic of their ‘garden to table’ cooking philosophy; the kitchen uses locally sourced ingredients to create refreshing European inspired dishes. Baked ricotta, heirloom tomato and pine nuts; hanger steak with fried green tomato and green onion; and lasagnette with zucchini, almond, olive and feta can all be enjoyed in their beautiful open dining area which is decorated with large plants and dangling lights. The restaurant serves breakfast, lunch and dinner, and has been praised as a great people watching destination: both of the people in Britomart and the busy chefs in the open kitchen. 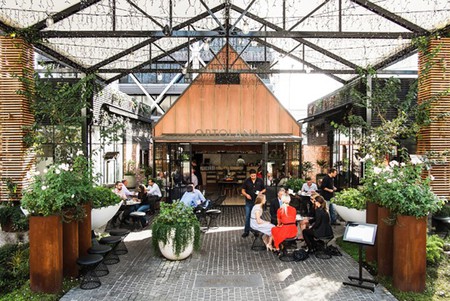 More of our Best Restaurants in Pacific and Asia Guides:

Thailand | A Guide to Ten Great Dining Spots in Bangkok

Asia | The Essential Guide to Street Food in Asia