Auckland Has a Giant Santa Claus and it's Amazing 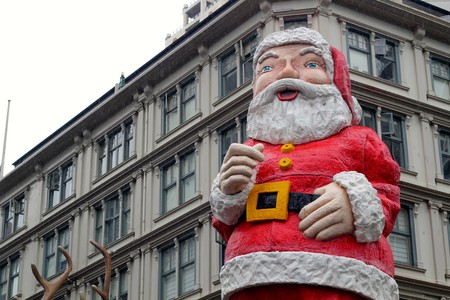 Some might call him creepy, others will tell you he’s just misunderstood. One thing you can be certain of is that Auckland’s Giant Santa always leaves a lasting impression. The iconic Christmas statue has been a local fixture for more than 50 years, undergoing a couple of face lifts and even surviving retirement a couple of times.

Santa Claus came to this New Zealand city in 1960 when local department store Farmers decided to erect a giant statue on the front of its building, on the corner of Hobson and Wyndham Streets. Father Christmas’s first incarnation was made up of fibre glass and steel tubing, weighed a whopping 4535 kilograms (5 tonnes) and rose to a height of 18 metres (59 feet). He had a winking eye and a beckoning finger, gestures which were meant to attract shoppers to the department store. 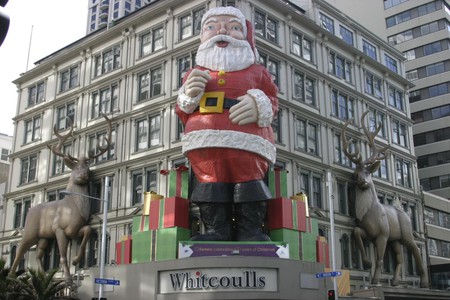 The statue was subsequently erected every single Christmas over the next 30 years or so. Then, in the 1990s, changes were adrift for Farmers and its annual spread of cheer. For one thing, the Hobson/Wyndham Street store was put up for sale — marking the first time the Giant Santa’s fate was at risk. Also that year, Farmers decided it was time to hand over responsibility for the city’s annual Santa Parade to the Auckland Children’s Christmas Parade Trust, who still organises the celebration to this day. Lucky for our massive friend, Farmers’ Manukau City branch offered to give him a new home. Santa Claus stayed at these premises from 1991 to 1995. 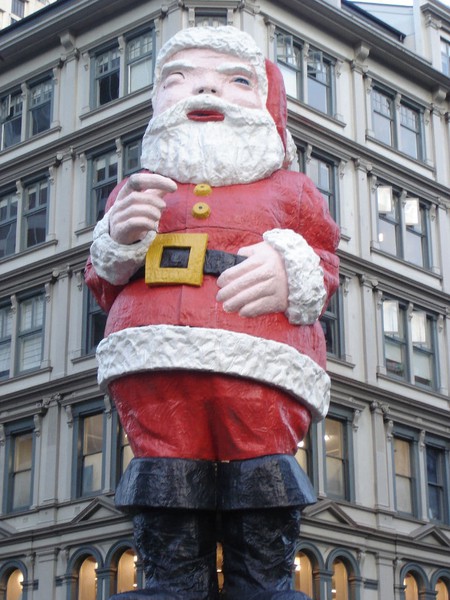 Alas, by 1996 our jolly old fellow faced neglect once again as the shopping centre thought he was too tatty for another seasonal appearance. Farmers still owned him but weren’t so keen on taking him back either. Two years of negotiations ensued until, in 1998, a marketing consultant known as Stephen Hanford purchased Santa from Farmers for a measly NZ$1. Hanford then called upon 40 of his friends, business associates as well as local companies to help him restore Saint Nick to prime condition. A few months and NZ$40,000 later, the restored Santa was ready to be put up in his new home: the Whitcoulls book shop building on Queen Street.

Because Whitcoulls had been providing financial backing as well as a place to erect this iconic statue, Hanford handed over ownership of Santa to the company in 2003. But by December 2008, the costs had become unmanageable for Whitcoulls, and it decided to donate the statue to Auckland City. In 2009, Santa was given another makeover — this time to make him look more friendly. He no longer winks, his wrinkles have been smoothed out and that beckoning finger is now completely static.

Santa faced retirement once more in 2014, but this time it was relatively brief. The lovable decoration was quickly rescued by local companies who understood that, love it or hate it, the statue has left a memorable mark on Aucklanders across generations. The Giant Santa now resides on the same Queen Street spot, but atop another Farmers’ building — so in a way, you could say the bearded man has come full circle.

There are definitely more beautiful christmas decors in my hometown but this one is already a tradition in Queen Street. Yeyy! #christmasishere #Auckland