Napier in New Zealand is a city shaped by its geology. Lying on one of the world’s most active tectonic fault lines, the north island city was largely destroyed by an earthquake in 1931, leaving mid-century town planners wondering how to rebuild their city. 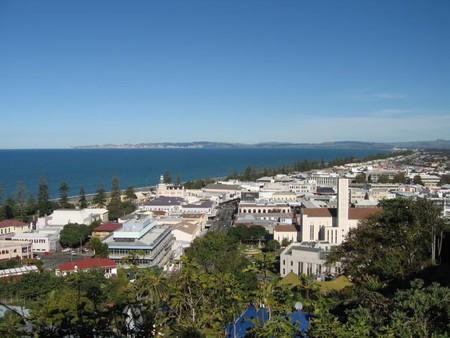 In Napier, as in much of New Zealand, architecture and art in Napier is influenced by a common factor: plates. Namely the Indo-Australian and Pacific plates, and their constant rubbing, sheering and sliding that has seen a tumultuous and turbulent history shape a people and a place. The country’s most fatal earthquake took place on February 3rd 1931 in Napier, a small town on the East coast of the North Island. At 7.9 on the Richter scale, buildings crumbled and 258 people died. Once the initial shock had ebbed the townspeople embarked on an ambitious rebuilding programme, with a few key stipulations: new buildings must be safe, modern, and cheap. 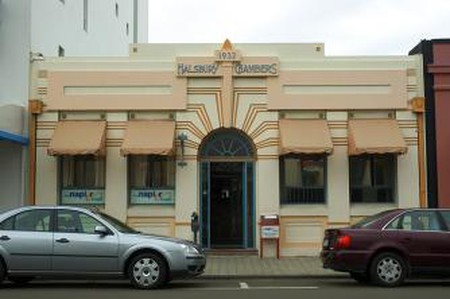 Enter art deco. Napier’s planners didn’t know that they were opening the door to art deco, as the term itself was not coined until the 1960s; their aim was just to rebuild their city in the style of its time, with the aforementioned criteria. Art deco and its lack of ornamentation, extraneous columns or overhangs was cheaper and safer than the ornate pediments and high parapets of the old architecture, much of which crashed onto streets as people fled the earthquake.

In the 1950s, an age of technological innovation, there was a trend for streamlined and modern design, angular geometric patterns, symmetrical repetition, and a bold use of vibrant colour. Sleek-looking materials such as stainless steel, aluminium, marble, glass were used liberally. References to the recent discovery of Tutankhamen’s tomb are seen in the form of Egyptian motifs, as well as tiered ziggurats. Speed stripes nodded to the age of motor car, and sunbursts suggested the dawn of a new age.

This mix of pragmatism and an absorption of global trends in aesthetics informed Napier’s design and rebuild; it was only later that the term art deco was applied to the city, when a visit from the International Council on Monuments and Sites delegation sparked interest.

Since then local groups and service providers, particularly the Art Deco Trust, have embraced this unique side of the 50,000 population New Zealand city, and buildings are now protected and preserved. 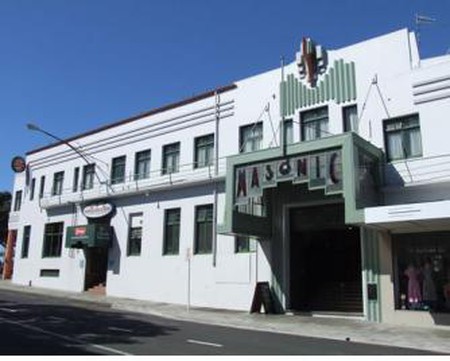 On a curved corner (this was the age of the motorcar) stands the Masonic Hotel, designed by Wellington architect W J Prowse. An example of simple symmetrical structure, the bold and bright red ‘MASONIC’ in Deco capitals at the entrance is one of the icons of the city. On the second story a balcony overlooks the sea, making this once the most sought after holiday spots in the area – Queen Elizabeth II stayed at the Masonic during her 1953/4 Royal Tour. 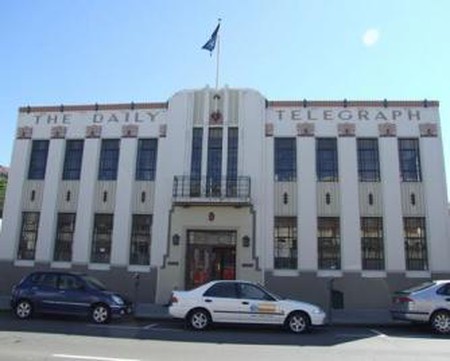 Built in 1932 to designs by architect E.A. Williams, this two-storey building follows the trend for symmetrical patterns and geometric design, featuring zigzags down the doorway and trompe l’oeil concessions to the classical column. 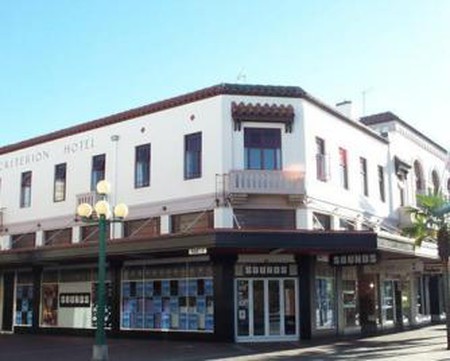 Nodding to the Spanish Mission fashion in style during the middle of the century, the Criterion, a bright and sunny building, complete with spacious balcony in a curved style, oozes warmth and Moorish aesthetics. The hipped roof and welcoming balcony attract tourists outside, but the interior is even more stunning. A two-storey stairwell includes stained glass window showing stylised Norfolk pine, and a vast entrance room has deep high fireplaces at each end. 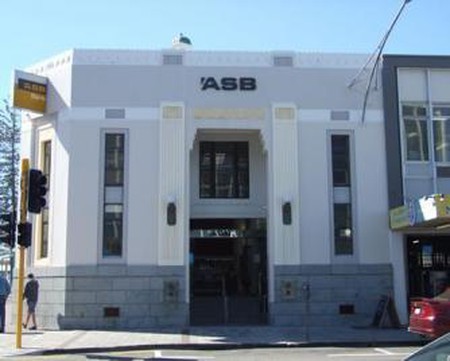 Uniting art deco with traditional Maori culture, this building is one of the most famous in Napier. An example of the stripped classical style, it incorporates indigenous, modern and Art Deco ornament: a kowhaiwhai pattern in red, black & white forms a frieze around the top of the walls and ceiling bays, and the design is focused around the typical meeting house, with corbels representing ‘the wealth of the tribe’ bordering the entrance. Nods to classical form are seen in ridged columns, criss-crossed knotted banners and repeated gold-accented geometrical shapes.

Said to be the most photographed building in New Zealand, the National Tobacco Building was heavily influenced by local architect Louis Hay’s devotion to American architect Frank Lloyd Wright. Combining stark art deco style with the more natural motifs of contemporary art nouveau, the structure boasts roses, vines and bulrushes around its curved entrance, opening up into an interior dome.