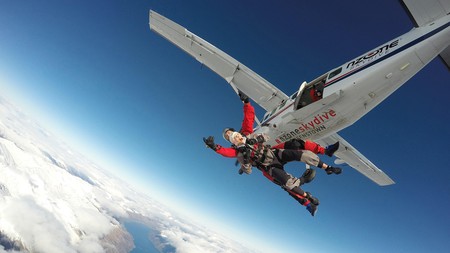 Known as one of the most beautiful parts of the country, Queenstown on New Zealand’s South Island also draws visitors for its adventure tourism. If you’re going to this stunning, glacier-gouged slice of paradise, be sure to try out these activities for a heart-thumping, adrenaline-fuelled day.

Take a leap of faith off Kawarau Bridge 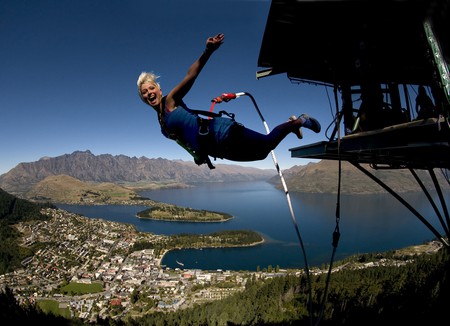 There’s no better place to start your adrenaline-fuelled adventure than A J Hackett’s bungy-jumping venue off the Kawarau Bridge, just a few clicks outside Queenstown. As far as the history of extreme sports goes, this place has to be in the top five. Hackett drew inspiration from Britain’s madcap Oxford University’s Dangerous Sports Club and Vanuatu’s Pentecost Islanders’ 35-metre (115-foot) leap of faith that was undertaken to ensure a good harvest for his eyeball-expanding extreme sport. What started in the late 1980s is now a slick operation that has seen millions fling themselves off the 43m-high (141ft-high) bridge attached to a bungy. When the first 28 took the death-defying leap on 12 November 1988, they paid 75 New Zealand dollars (£39). But today you’ll need to shell out $205 (£108).

Get views from above by paragliding 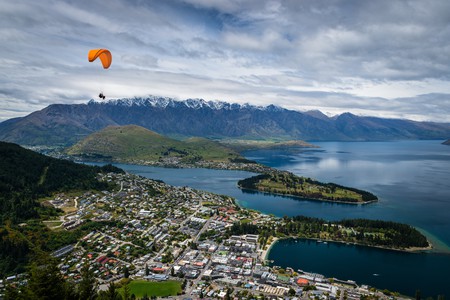 Getting up and above Queenstown gives the best views of the place. While you could hop on a plane or a helicopter, launching off the peak at the top of the Skyline Gondola is the best way for an adrenaline junkie to get their fix. GForce Paragliding, which has been around for 25 years, makes tandem flights every day of the year if the weather’s right. Early-bird booking rates before 10am start at $229 (£120) with videos and photos available of the eight- to 12-minute airborne experience.

Skydive out of a Cessna 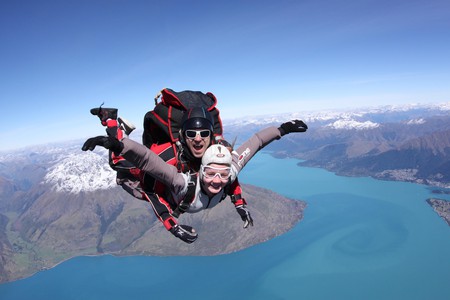 Ramping up the courage quota several notches, you can jump out of a perfectly good aeroplane, to steal a phrase from NZONE Skydive. The experience will see you leaping out into the clear blue skies above Queenstown from either 9,000ft (2,750m), 12,000ft (3,660m) or 15,0000ft (4,575m), with prices starting from $299 (£157). That even six-year-olds are eligible to Embrace The Fear and jump out of their Cessna is a bit of a scary thought in itself. But then they’re probably less likely to have the wobbles as they peer out of the aircraft.

Skim across the water in a jetboat

Back down closer to Earth, is another of those thrill rides synonymous with Queenstown. KJet‘s 95-kilometres-per-hour (59-miles-per-hour) jetboats skim across the crystal clear waters of Lake Wakatipu and up the Kawarau and Shotover Rivers during an hour-long, 360-degree-spinning speed odyssey. And with early-morning deals from $89 (£47), the experience is one of the best-bang-for-your-buck adventures around.

Mountain bike in the sky 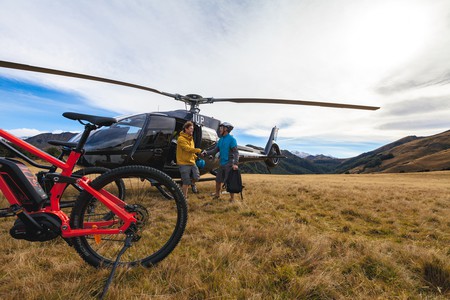 While the Skyline Gondola is there for all the park rats who want to shred the trails, an extra special treat for mountain bikers is to hitch a ride in a helicopter. You might even get to be guided by HeliBike NZ owner Henry van Asch, who also co-founded AJ Hackett’s bungy-jumping empire. Rides for those with intermediate level skills and above start from $379 (£199) for half-day descents.