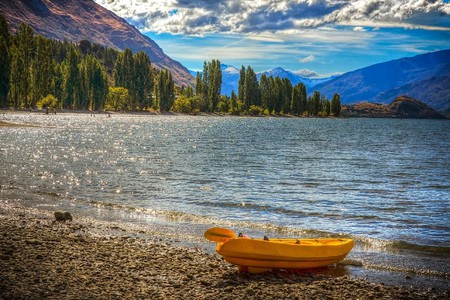 Not too long ago, Wanaka was viewed as a sleepy little spot nestled within an hour’s drive of the bustling New Zealand resort of Queenstown — a peaceful escape from the tourist rush of its highly coveted neighbour. But with its extraordinary landscapes and year-round opportunities for outdoor adventures, this friendly town eventually captured the attention of travellers from all corners the world.

Wanaka is a place for nature lovers. The town is set in the southern end of its namesake Lake Wanaka and is surrounded by mountains. Part of its appeal is that it’s less commercialised than Queenstown, and its charm hasn’t wavered with its burgeoning visitor numbers just yet. 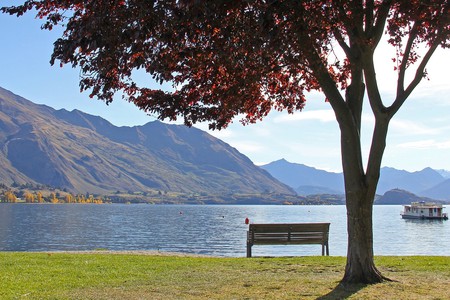 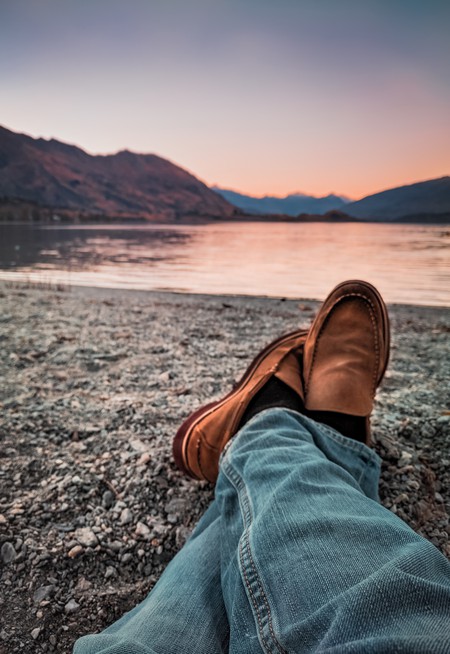 Many view Wanaka as the gateway to Mt Aspiring National Park, which is an hour’s drive away. In winter, the township is also a popular stopover for snowboarders and skiers; the area’s most distinguished resorts (Treble Cone, Cardrona and Snow Farm) have a reputation both locally and internationally for their great conditions, challenging runs and overall accessibility for novices. 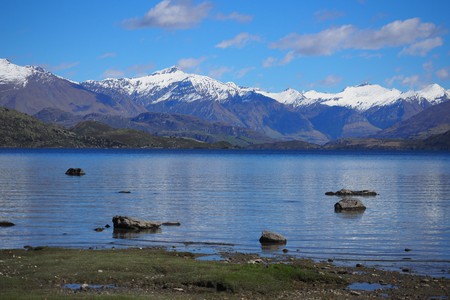 But there’s more to the area than ski and snow. In winter, Wanaka is a fantastic place for stargazing, especially if you want to catch a glimpse of the Southern Lights (aka the Aurora Australis) or the Milky Way in its brightest form. 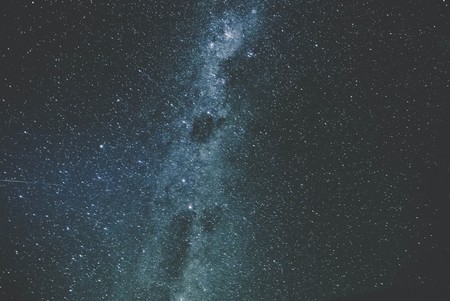 Summer in Wanaka means one thing: water activities. Some of the local rivers offer plenty of fishing opportunities, while Lake Wanaka itself is the go-to for kayaking, paragliding, rafting, jet boating, wakeboarding and sailing. Those who opt to stay on dry ground are drawn to hiking the full-day Rob Roy Track, cycling the Deans Bank Trail or horse trekking around the Cardrona Valley once the snow has receded. Mount Iron, Mount Grand and the Pisa Range are also popular mountain climbing and trekking spots in the area. 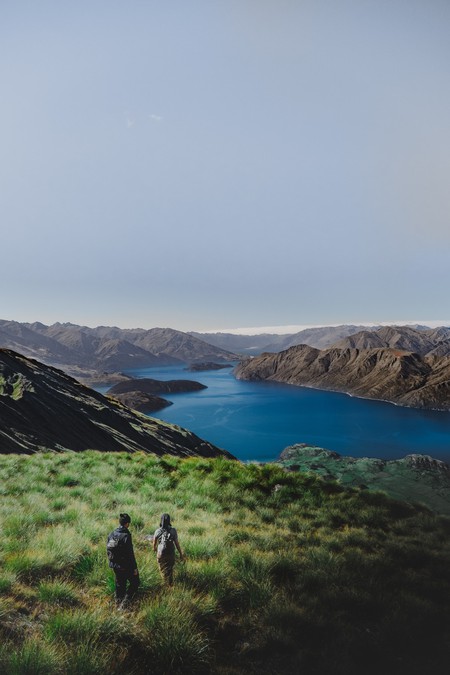 The local climate also allows Wanaka to play an important role in the Central Otago region’s wine production. The biodynamic Rippon Vineyard is the best known of the lot, though there are a few other boutique wineries, as well as breweries and distilleries, travellers can explore. For wine lovers, both Wanaka and the wider Central Otago region alike are celebrated for varietals like Pinot Noir, Chardonnay, Gewürztraminer, Riesling and Sauvignon Blanc; lesser-known types like Gamay Noir and Osteiner also make up a small part of the local viticulture. 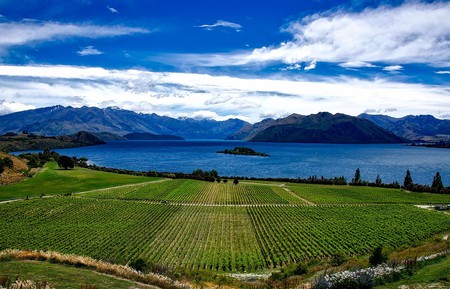 Photographers love Wanaka’s landscapes, but it’s one peculiarity that keeps them truly captivated. Over the years, it’s almost become a rite of passage to capture the mysterious willow tree that grew in the middle of the lake — a picturesque site that Instagrammers and landscape photographers alike have dubbed ‘that Wanaka tree’.

By the way, if you are getting shutter-happy and want to explore photo ops beyond this local icon, Wanaka Tourism created a map of all the scenic spots you should keep on your radar. 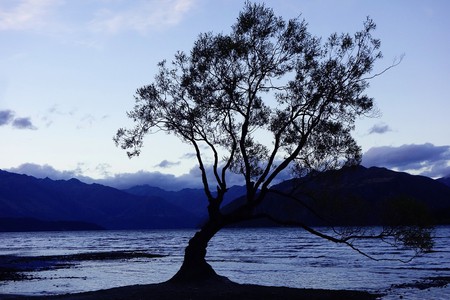 Every town comes with a set of attractions and traditions that add to its character, and Wanaka is no different. Natural wonders aside, a collection of themed museums, a puzzling maze and the quirky Cinema Paradiso are some of the local gems that have proven to be a hit among visitors. 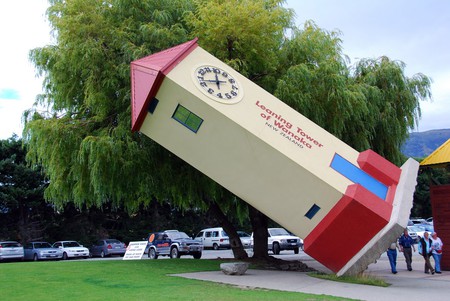 Wanaka is also well-known for its growing number of restaurants, cafes, bars and dynamic nightlife — a testament that the ‘sleepy’ status no longer holds true. 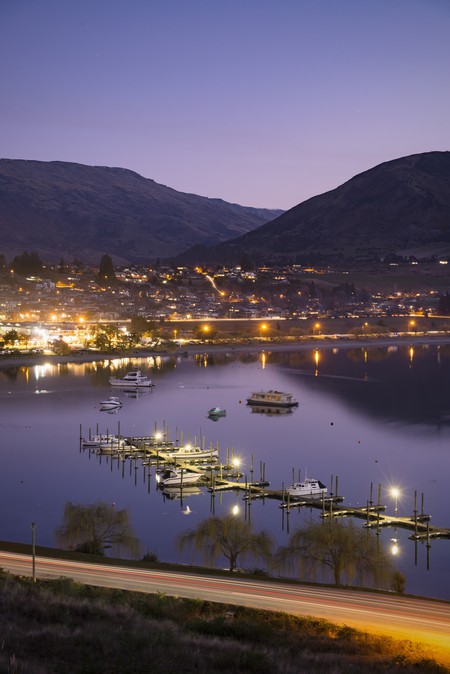 Not that it was a fair claim to begin with, as the area is a regular host of noteworthy festivals, competitions and iconic events that entice visitors from New Zealand and beyond.

The biennial Warbirds Over Wanaka Airshow is one of its best-known festivals, attracting a number of notable aviation personalities since it started in 1988. This includes the likes of retired NASA astronaut Buzz Aldrin and former US Air Force General Officer Chuck Yeager, who was the first pilot confirmed to have exceeded the speed of sound in flight. 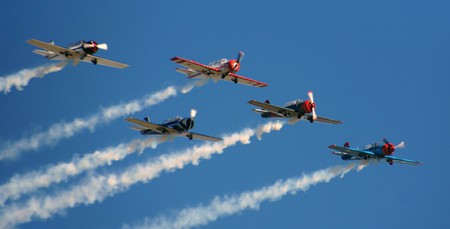 And if you happen to be visiting around New Year’s Eve, Wanaka has also been hosting the Rhythm and Alps music festival since 2013. Rhythm and Alps is the sister festival of Gisborne’s Rhythm and Vines, which became an iconic New Year’s Eve tradition in 2003. The three-day event was originally held in Terrace Downs, part of Mt Hutt in the Canterbury region, before moving to its current premises in Cardrona Valley.