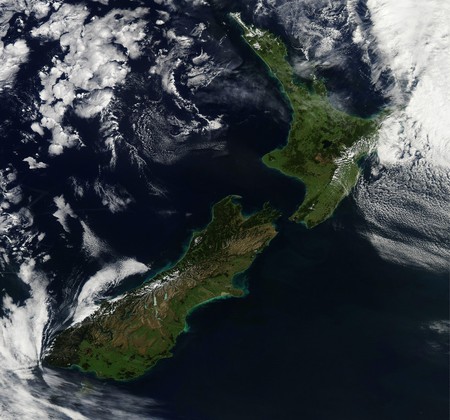 There are myriad ways in which you can visit New Zealand. Of course, a lot will depend on what kind of holiday you have in mind and what kind of person you are. In the North Island there are stunning beaches and interesting geothermal activity, whilst the South Island is home to cinematic mountain ranges and the corresponding adventure activities you can do around them. New Zealand has it all. It’s up to you to take your pick.

This first day is up to an individual’s discretion, depending on where they might be flying in from. If you’ve only zipped across the pond from Melbourne, say, you might fancy getting straight out of the metropolis and hitting the road up north. However, if you’ve just flown a 33-hour route from London with a 10-hour stop over in Hong Kong, the chances are, if you try to drive straight out of town, you’re going to find yourself asleep at the first set of traffic lights you encounter. Be smart about staying the night in Auckland.

Once you’re on the open road, head north, over Auckland Harbour Bridge, and allow the road to sweep you up toward the Bay of Islands. Leave nice and early so that you can stop and have a snorkel at the incredible Goat Island Marine Reserve. Basing yourself in Whangarei is a smart move for exploring this stunning part of the country. A scuba dive at the Poor Knights Islands — a bunch of tiny islands about fifty kilometers northwest of Whangarei — should be on everybody’s list. 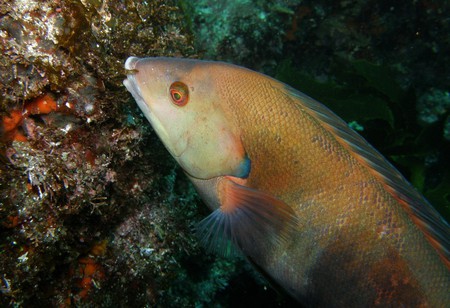 Day 5: A Day in Auckland

Be as busy or as lazy as you like in New Zealand’s biggest city. Whether you need to restore the tissues at one or more of the excellent bars and restaurants in Ponsonby and Freemans Bay, feel like taking a kayak for a spin across to one of the islands, or want to ferry over to beautiful Waiheke Island for a slap-up meal and wander around the vineyards, the choice is yours. 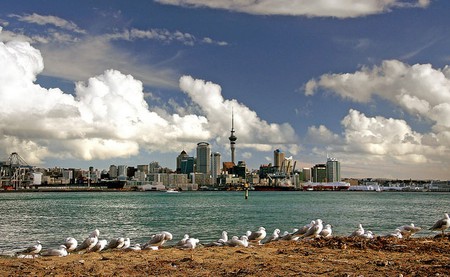 Hit the road again with the three hour drive to Rotorua. Leave early and you can make a nice day of it by stopping off at the unmissable Waitomo Caves. These are the world-famous and extensive underground cave systems that have been explored by such worthy natural history buffs as the legendary Sir David Attenborough. Here you’ll see subterranean waterfalls, alien limestone formations and – the main draw-card – thousands upon thousands of of eerily beautiful glow-worms. You can also see the rare Kiwi (in captivity), go abseiling into the abyss or try your hand at a bit of blackwater rafting. You could also swing by The Hobbit movie sets in Matamata.

Spend the day exploring the geothermal epicenter of New Zealand, Rotorua. Check out Hell’s Gate — the most active of the sites in the city — before heading off for a cheeky spa and mud mask. Then, into the car for an hour to get to Taupo. This is New Zealand’s largest lake at 616 square kilometres and the second largest freshwater lake in Oceania. There’s plenty to do here. Sailing, kayaking, water-sports galore and some quality trout fishing are to be enjoyed here. The lake itself was formed when a super-volcano went off with a bit of a bang about 26,500 years ago. 1,170 cubic kilometres of material was ejected and several hundred kilometres of surrounding land simply collapsed, forming the bowl that was later filled with water. 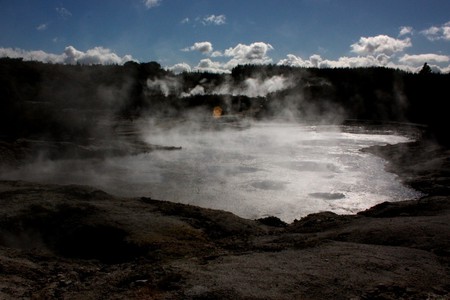 Take a full day to enjoy this five-hour drive. Cruise through the astonishing Central Plateau and soak in the views of Tongariro National Park. The Mangaweka Gorge is also home to scenery that will have you stopping the car every kilometre or so. Take a bit of refreshment at the culinary hot spot that is the Kapiti Coast, and treat yourself to a sample of six of some of the epic local cheeses. 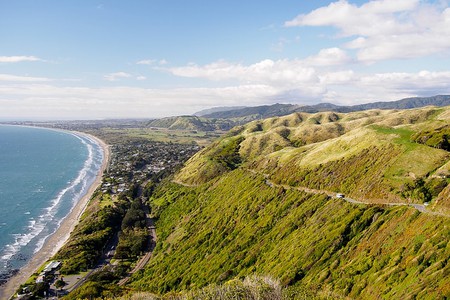 Relax the soul and rest the feet in NZ’s compact and colourful capital. Get your culture fix at the national museum, Te Papa, and take the cable car up to the Botanical Gardens. Make sure you keep the energy up with a cup of the good stuff from one of Wellington’s many fantastic independent cafes and finish the evening at one of our recommended restaurants.

Catch the ferry and cross the Cook Strait and enter the South Island through the incredible Marlborough Sounds. Marlborough is the country’s largest wine region, so it’d be sacrilegious not to spend the day making sure that the wine is up to snuff. You can take your pick of the tour options here. 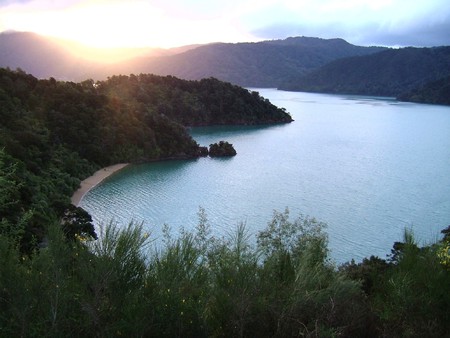 The target here is Hanmer Springs and its jet-boating, golf courses and thermal spas, which is a five-hour drive from Marlborough. However, it’d be a waste not to take this chance to stop in Kaikoura and avail yourself of the whale watching, which is about halfway between the two. 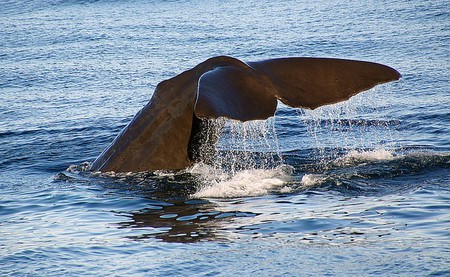 A couple of hours south is Christchurch, the biggest city in the South Island. Head here to see how the city was wrecked by the 2011 earthquake and how it has subsequently risen from the ashes of this disaster. Pop-up bars and container-based shopping malls will break up the potential cycling and punting down the river you can indulge in.

Another half-day of driving, but the ridiculously dramatic Southern Alps marching along with you on your left will alleviate any boredom. Take breaks in the towns of Timaro, Temuka or Oamaru. If you drive through Oamaru at dusk, make sure you stop off at the beach. You might see the resident blue penguins walking up for the night. 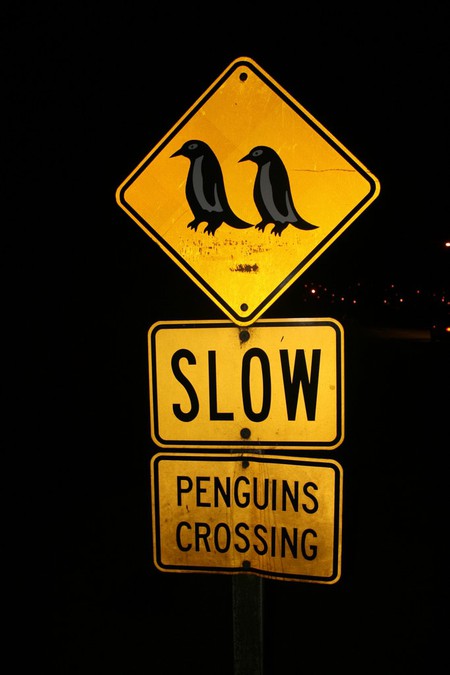 South again through more winding roads. This is where the wild could be said to really start. Seals, waterfalls, picturesquely desolate beaches and rivers abound down here, as you head through the Catlins. Stop off for a a famous NZ delicacy in the form of a Bluff oyster and then hop on the hour long ferry over to Stewart Island. Stay the night and take your time enjoying the wild country and the incredible variety of fauna and flora that call it home.

Welcome to Lord of the Rings country. With the combination of glacial rivers, snow-capped mountain peaks, swathes of untouched forest and deserted fiords, this is awe-inspiring landscape. The road to Milford Sound is commonly held to be one of the most scenic drives in the country. Once there, you’re going to want to spend the majority of your time cruising the sounds themselves. This place really is a feast for the old eyeballs — and Mother Nature’s food for the soul. 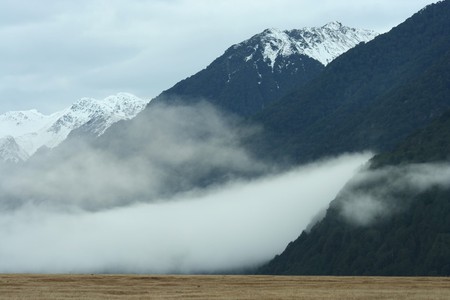 Head north now and find yourself in the sensational town of Queenstown. After being immersed up to the eyebrows in breathtaking scenery over the last few days, it’s pleasant to sit at one of the many luxury Queenstown restaurants and view the mountains and lakes from a distance. Stay the night so you can squeeze in a spot of jet-boating, take the plunge with a bungy jump or have a day of skiing in the winter. 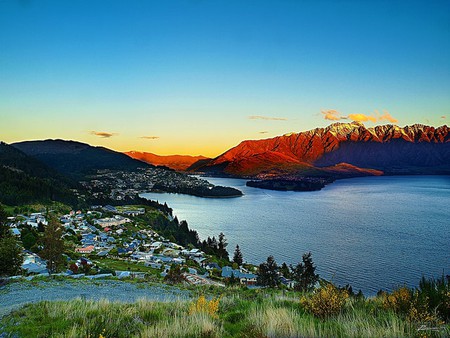 Day 20: Queenstown to Wanaka, and back again

Take the hour long drive over the Crown Range Road for some more exceptional views. Wanaka is more of the same that Queenstown offers, but make sure you stop off in the historic little town of Arrowtown. After a day exploring, it’s time to head back to Queenstown.

Catch a connecting flight from Queenstown to any of NZ’s major airports but not before a sneaky round on one of the most scenic golf-courses imaginable, followed by a quick burger at the institution that is Fergburger. 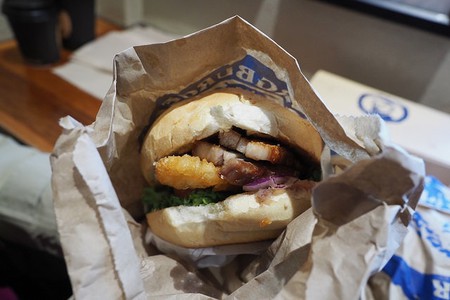