A Quick Guide to 'Smoko', the Australasian Smoke Break 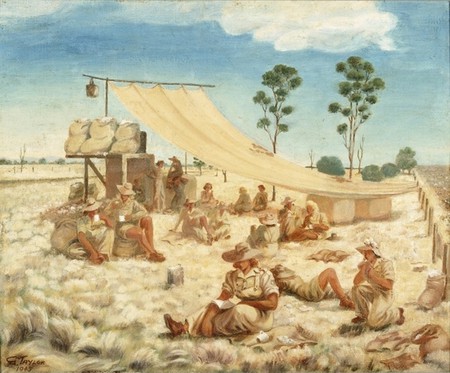 ‘Smoko’ is a slang term used in Australia and New Zealand to describe a short work break. As its name suggests, it is usually attributed to smokers – though in contemporary times, the term is used in a generic manner as much as it is in the traditional form. This Antipodean phenomenon has a strong presence in workers’ rights and political debate, especially when it comes to curbing out cigarette smoking. Come take a quick look at the smoko’s humble origins and contemporary implications.

The term ‘smoko’ can be traced as early as 1865, and is widely believed to have originated from the British Merchant Navy. Alternative spellings like ‘smoke-o’ and ‘smoke-oh’ have also been used in navy parlance, though they are seldom heard in Australasia. Smoke-oh was mainly used for navy workers and sheep shearers, while smoko is usually attributed to British seamen. In any case, all alternatives are defined as a short break where workers can take time to smoke, eat and have a cup of tea or coffee.

There are always two sides to every story; likewise there is a parallel account about the smoko’s Antipodean origins. New Zealand rural tradition tells of a time when workers out by the hill would look out for the smoke arising from the fire that was used to boil the billy – which is a pot that was used for cooking and heating water. The boiling of the billy was seen as a signal to stop for a tea break. Smoko was then adopted in the national lexicon, though farm workers, miners and mill workers often alternated between that and ‘crib’: a term that references the food contained in the crib bag these labourers would usually carry with them.

The ‘smoko’ break in New Zealand

Interestingly, smoking is not where the emphasis lies in the New Zealand smoko break – it’s tea. Manual labourers and farmers have historically viewed morning and afternoon tea breaks as a crucial aspect of their daily operations: a hard-won right that would keep them energised throughout the workday. As such, smoko breaks in rural and manufacturing professions usually involved a cup of tea, some food and possibly some tobacco. Afternoon tea was a more refined smoko break, usually consisting of china cups and saucers instead of the metal mugs labourers would typically carry, along with tables and chairs in lieu of upturned bags or hard ground surfaces.

In recent times, smoko has become more commonly used among the building and manufacturing industries. That being said, most people perceive it as a generalist term for a work break. Until 2014, employers were legally required to provide two paid rest breaks (aka smokos) plus a 30-minute lunch break (usually unpaid) for employees working shifts of six hours or longer. Those working between two to four hours would receive one smoko break, while those on four to five hour shifts would be given a smoko and a 30-minute break. Amendments to employment laws in 2014, however, removed workers rights to these regular breaks — instead opting to give employees the right to decide on ‘reasonable compensatory measures’. In May 2017, a bill that aims to restore workers’ rights to smoko breaks was introduced to Parliament. Debate on the matter is ongoing: the Employment Relations (Restoring Kiwis’ Right to a Break at Work) Amendment Bill is currently in its first reading stages. 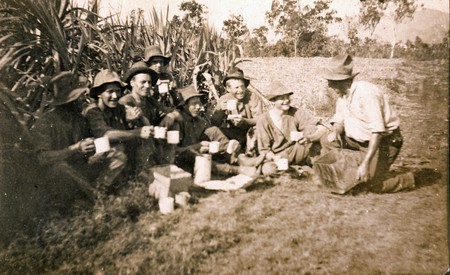 Time for a 'cuppa' in the canefields of north Queensland, Australia - 1922 | © Aussie~mobs/Flickr

In Australia ‘smoko’ was traditionally used among sheep shearers in reference to a mid-morning break, between breakfast and lunch, which is usually accompanied by a light meal. Rural workers of all kinds, be it cattle or sheep farmers, would typically have two smoko breaks, as well as three big meals to fuel them up during the day.

Even in present times, rural Australians will use smoko in the same way New Zealanders do: to reference a morning or afternoon tea break that usually revolves around eating and a cuppa. Government and industrial relations reports also tend to use this term to signify a short work break. Within urban employment sectors, however, ‘smoko’ is used almost exclusively to emphasise the smoking aspect. 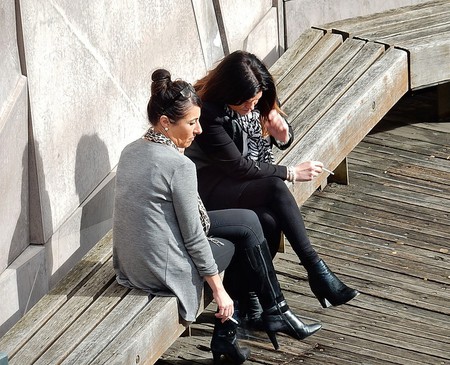 As the Australian government began to impose tighter restrictions on smoking, the smoko break became an institutional symbol of employee rights and public debate. Generally, shift workers are entitled to a 20-minute paid ‘crib’ break and an unpaid meal break, both of which are usually within 5-6 hours of working. These are usually regulated at employers’ discretion — meaning some workplaces are more lenient about smoko breaks than others.

This is where the division sets in. Non-smokers are regularly reported as viewing smokos as unfair, costly, and all-round unproductive. Even Australia’s government institutions seem to agree: the Department of Industry, Tourism and Resources famously banned the smoko from its offices in 2006, while the Federal Department of Health prohibited its staff from taking cigarette breaks in 2010.

Whether this means the crackdown on smoking will stub out the traditional smoking break, only time will tell. For now, the debate on who gets the right to a smoko is flaring up brightly.