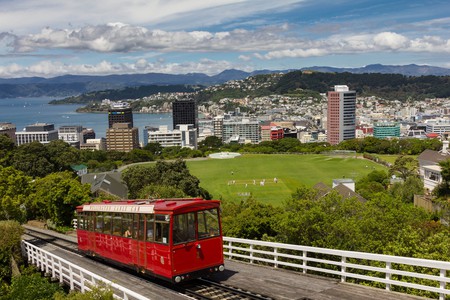 Wellington’s Cable Car is an iconic fixture cherished by locals and visitors alike. It is New Zealand’s only functioning funicular railway and holds a special place in the capital’s history. In brief, here’s how the Cable Car made in its mark in its homeland.

Wellington as a thriving colonial city

The 1890s marked Wellington’s first half century. At the same time, the young capital was experiencing a mass surge in population – becoming the fastest-growing city in the entire country. Its expanding workforce was eager to live close to the busy commercial sectors around Lambton Quay, however, houses in the area were quite scarce. Housing was even harder to find uphill from the city centre, with sparse farming settlements and large scrub areas being notable barriers for building. By 1898, the Upland Estate Company was formed and its directors quickly began working on providing transport facilities for their proposed subdivision, in what is now known as Kelburn. Thus, the Kelburn and Karori Tramway was born and work on a new cable tram network commenced. 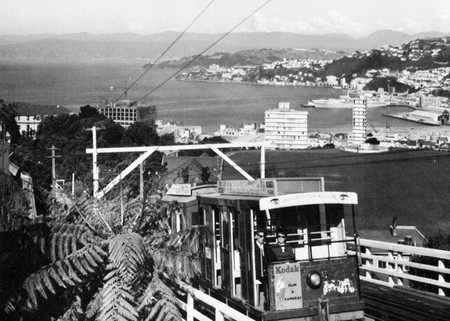 The Cable Car in its earliest days

Construction began in 1899 with workers alternating between three round-the-clock shifts, which included the digging of three tunnels to complete the project. The entire system was all set for inauguration by 22 February 1902. Wellington’s new transport system was welcomed with much enthusiasm, in its opening weekend more than 4000 passengers were carried up and down the tram line. Many who arrived in the upper terminus also took the opportunity to ride on the connecting horse-drawn bus carriages to Karori, while others simply walked back down to the central business district through the Botanic Gardens. The Cable Car’s success was such that more than 425,000 passenger trips were recorded in its first year. 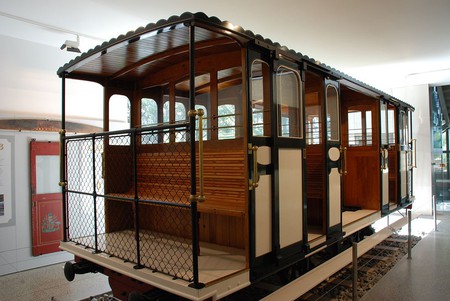 From there, the funicular transport system continued to flourish. By 1912, the Cable Car’s annual patronage had increased to one million trips. In 1933, electricity replaced the steam-powered winding gears. Tensions rose in the 1940s as the Council established its public bus systems, with Kelburn and Karori Tramway accusing local authorities of running these networks in direct competition to the Cable Car. A Supreme Court case about the matter ensued and the Council agreed to settle by purchasing the company. On February 1947, the Kelburn and Karori Tramway company was dissolved and further upgrades continued to be given to the cars until the 1970s, when local government decided to invest in a fully automated system.

On 22 September 1978, the old cable cars made their final circuit. A year prior, Swiss company Habegger AG was awarded the contract for the proposed renovations. On 20 October 1979, the new cable car station was ready and it consisted of a new tram line, brand new cars, upgraded winding systems, track re-gauging and control systems. The Cable Car had to be upgraded once again in 1987, after technical difficulties led to the dwindling of passenger numbers. By the 1990s, the Wellington Cable Car Limited company took over operations and is still in charge of running the funicular network today.

The Cable Car’s original winding house is now home to Wellington’s Cable Car Museum. Interestingly, the building stayed vacant from 1978 until the year 2000, despite being registered as a Heritage New Zealand historic site in the early 1990s. The contemporary cable car continues to operate from downtown to Kelburn and remains a popular, budget-friendly mode of transport for those wanting to explore the Botanic Gardens and surrounding areas.