A Brief History of The Embassy Theatre in Wellington 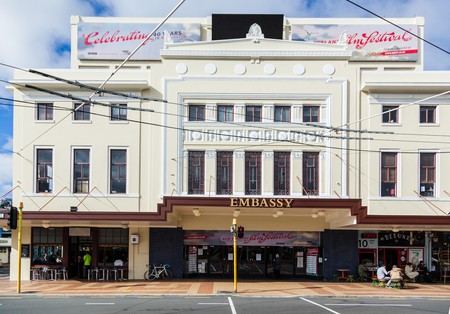 If you want to see cinematic history at its best, you don’t need to look any further than the Embassy Theatre in Wellington. This iconic landmark is one of the few purpose-built 20th century cinemas still in use in New Zealand. Here’s a brief glimpse at how this classic community theatre evolved into the institution it is today.

From ‘de Luxe’ to ‘The Embassy’

Originally known as de Luxe, the theatre was designed by Llewellyn Williams for Masterton-based entrepreneur William Kemball. It was an incredibly ambitious build, costing £100,000 to complete and becoming the largest cinema in Kemball’s empire. While movies were an increasingly popular entertainment source, this investment would later become costly to Kemball – the debt incurred in constructing what is now The Embassy Theatre eventually led to the pioneering movie mogul’s financial ruin. 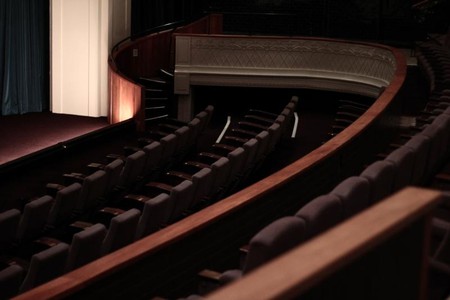 Inside the Embassy Theatre | © chrisjtse/Flickr

De Luxe opened its doors on 31 October 1924. Its very first screening was the 1923 silent film The Ten Commandments. The cinema’s showcase of silent features was initially accompanied by an orchestra, but by 1927 a Wurlitzer organ became the venue’s chosen music source. With the arrival of talking movies (aka ‘talkies’) in 1929, Kemball installed a new sound system in his prized theatre, becoming the first chain operator in New Zealand to show these kinds of films. More patrons were attracted to the cinema with this innovation, but Kemball’s personal spending and business debts, as well as the incoming Depression period forced him to sell his 40 picture theatres to industry rival Robert Kerridge. A change in ownership brought with it a name change and De Luxe became known as The Embassy.

Initially, the four-storey building consisted of shops, offices and a 1800-seating cinema. The original name, de Luxe, was chosen to reflect the venue’s lavish dress circle, which was fitted with armchair-style seats that offered its patrons unprecedented comfort.

By the time The Embassy changed hands in 1945, a weekly trip to the pictures had become a social norm among New Zealanders. With the arrival of the television in the 1960s, audience numbers began to decline, but Kerridge was quick in adapting to these changes. Brand new screens had been installed by 1970, yet the new technology failed to draw as many patrons as the theatre once used to. The following year, stalls became drastically downsized (approximately 1000 seats were removed) and the downstairs area was converted into several offices. 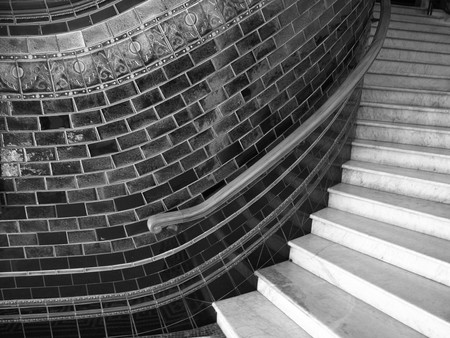 Still, the cinema’s architecture continued to spark a sense of grandeur. As several ‘talkies’ were demolished and replaced with modern buildings, The Embassy stood the test of times. Its surviving upstairs circle, which comprises more than 800 seats, as well as its impressive wide screens, sound systems and timeless adornments are just some of the features that made this building a local icon. Between 1988 and 1993, further changes in ownership led to the renovation and refurbishment of the theatre, which modernized the original auditorium as well as giving the entire building some essential earthquake fortifications. By 2004, the building was transferred to Wellington City Council and continued to receive earthquake strengthening until 2010.

The Embassy Theatre as a cultural icon

In 1985, The Embassy Theatre’s status was raised once again: the venue became the premier host of the Wellington Film Festival, which is now an important component of the New Zealand International Film Festival. A few years later in 1991, Brierley Investments Ltd acquired the theatre with the intention of renovating the premises and transforming it into the home of the Royal New Zealand Ballet. Alas, this did not eventuate and the ballet relocated to St James Theatre, another prestigious landmark in the capital city. The Embassy Theatre Trust was established in 1997, purchasing and partially restoring the building with the help of the Wellington City Council. 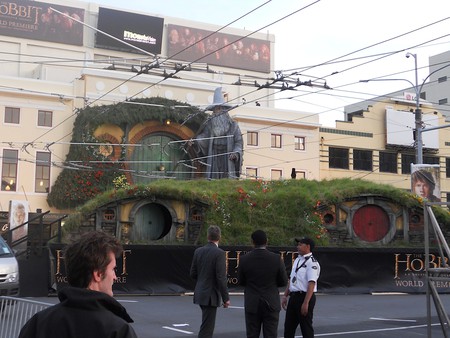 The Embassy Theatre, Decorated For The Premier of The Hobbit | © Kristina D.C. Hoeppner/Flickr

Fast forward to 2003 and a new milestone was reached. The Embassy Theatre was selected to host the premier of Lord of the Rings: The Return of the King, the final installment of Peter Jackson’s trilogy. Almost 120,000 people lined the red carpets along Courtenay Place, where the cinema resides. In 2012, The Embassy hosted the world premiere of The Hobbit – An Unexpected Journey, further raising the building’s international profile and local prestige. Along with its importance in Wellington’s thriving cultural life, the Embassy Theatre is also recognized as an major New Zealand heritage site, particularly because of its continuous association with the national film industry. Nowadays, the theatre continues to attract keen film buffs and is regarded as an important aspect of Wellington’s dynamic entertainment scene.