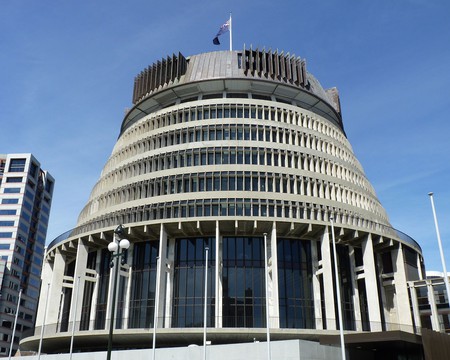 ‘The Beehive’ is the preferred name for the New Zealand Parliament’s iconic Executive Wing building. It is where the Prime Minster’s and Cabinet Members’ offices reside, and the official place for Cabinet meetings. A modernist design, comprising many ascending layers, is what gives this building its distinctive shape. Here’s a brief snippet of this landmark’s remarkable history.

New Zealand’s Parliament moved from Auckland to Wellington in 1865. Wooden buildings were constructed by the city’s Provincial Council a few years earlier, around 1857-1858, to entice the government to make the move. The site, bounded by Molesworth Street and Hill Street, continues to house Parliament’s historic buildings – though the original houses have long perished. 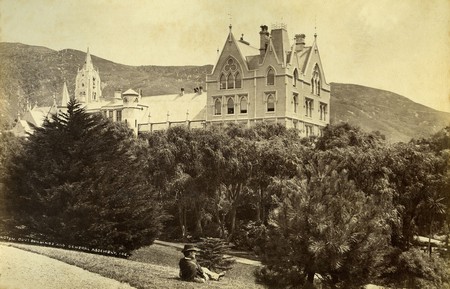 In 1899, a fire-proof library had been built. This was proven to be a necessary measure: because of its tinder-dry wood materials, the Parliament buildings were continuously under threat of fires. In December 1907, those worries were proven to be true, as flames consumed the original developments. Many national treasures, along with the esteemed Bellamy’s lobby and restaurant (which was Parliament’s popular social hub) were destroyed. The library, however, survived the calamity.

Government House, across the Street from where the Beehive now sits, became the temporary accommodation site for Parliament until new premises were built. Previously, the site was used as the Governor’s residence – a new domicile was raised in 1910 to adapt to the necessary transition. Because of ongoing financial troubles and politicking, Parliament remained in Government House for 10 years. 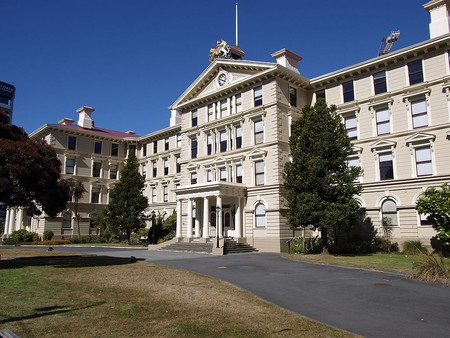 From ‘shocker’ to nationally important landmark

Fast forward to the 1960s. The government, under the direction of Prime Minister Keith Hollyoake, decided it was time to complete the Parliament House – which had been partially assembled between 1912 and 1922, before coming to an impasse. British architect Sir Basil Spence persuaded the Prime Minister to put up a modern building, instead of following through with the original plans. His beehive design aimed to resolve many of Parliament’s longstanding issues, including a lack of space, aging foundations, and earthquake vulnerability.

The initiative was met with mixed reactions. Labour MP Basil Arthur declared the concept was “a shocker and must be scrapped”, while his leader Arnold Nordmeyer was in full support of it. In the end, both leading and opposition parties agreed that the building could, in the long haul, become “a source of national pride and international interest”. Construction moved forward in several stages and, by 1979, the Beehive was completed. It was officially opened in 1981, and received further refurbishments in the 1990s and early 2000s.

The Beehive in present days

The Beehive is 72 metres (236 feet) tall, consisting of 10 floors above ground and four floors below. An underground walkway connects it to Bowen House, which was the temporary home for Parliament during the 1990s’ renovations. An entrance foyer welcomes visitors into the premises, and also serves as the departure point for the Beehive’s daily public tours. The basement is where the National Crisis Management Centre is headquartered, while the first floor is where Banquet Hall (the premises’ largest function room) resides. Other facilities in the Beehive include several function rooms, an education space that has been modelled to look like the debating chamber, and the revived Bellamy’s parliamentary catering services.

Parliament Buildings and The Beehive | © russellstreet/Flickr
Give us feedback