9 Unmissable Attractions on The Road to Milford Sound 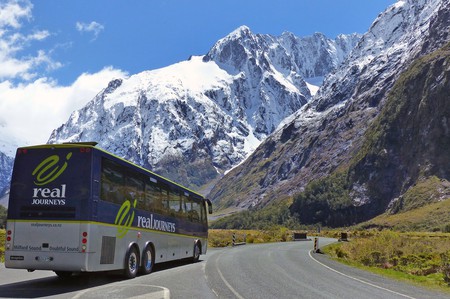 The road connecting Te Anau to Milford Sound is an attraction in its own right. It is dotted with natural gems that are just waiting to be discovered. If you’re driving yourself to this iconic New Zealand attraction, take some time to explore some of the lovely pit stops along the way – here are nine must-visits to get you started. 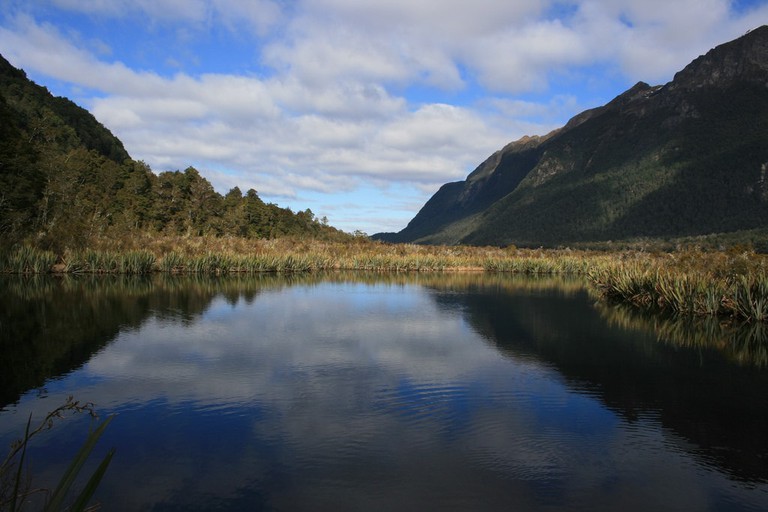 The Mirror Lakes lie immediately west of the Te Anau-Milford Highway and are named as such because they provide some stunning, reflective views of the Earl Mountains and surrounding scenery. A short, five-minute walk along a wheelchair-accessible pathway will lead you to a viewing platform that provides plenty of scenic photo opportunities. Sometimes you can see some waterfowl against the backdrops of the verdant beech forests. 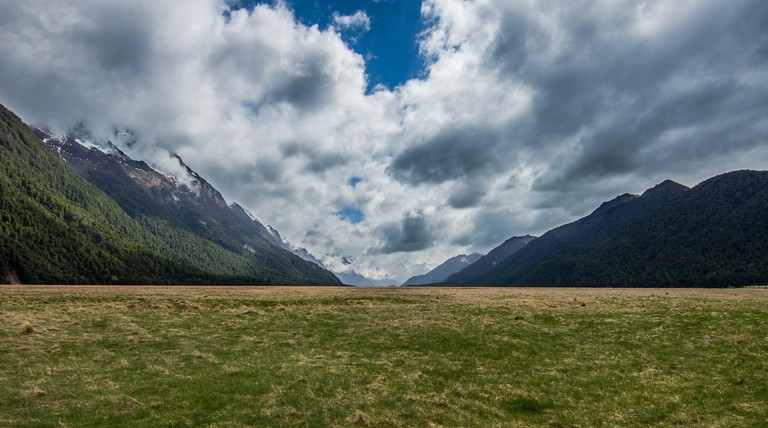 Eglinton Valley is one of the first natural attractions you’ll encounter on the Te Anau-Milford Sound route as you venture into Fiordland National Park. These rocky mountains were carved out of glacial activity several thousand years ago and are now composed of native beech forests throughout. Several areas of the valley were used to create the Misty Mountains in the Lord of the Rings: The Fellowship of the Ring. Cinematic claim to fame aside, this is a place to admire an array of native birds – and, if you’re lucky, you might also catch a glimpse of New Zealand’s only land mammal. It is believed this is the only place in the South Island mainland to house a population of the southern short-tailed bat, also known as pekapeka. 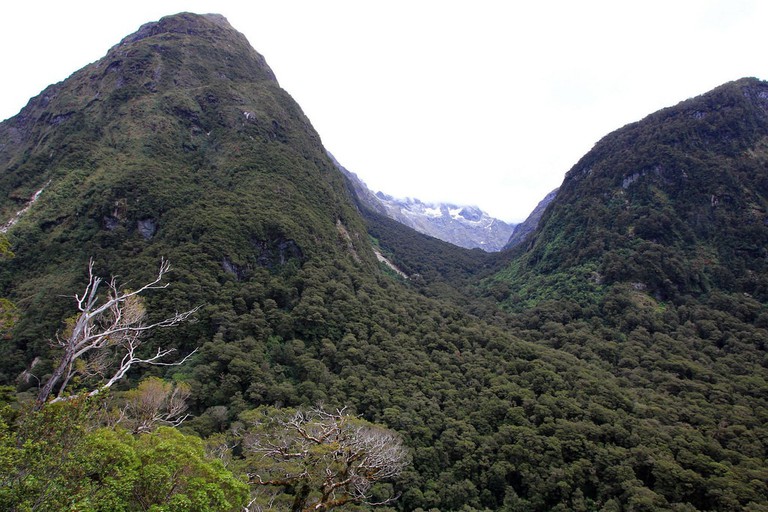 Knobs Flat is located within Eglinton Valley and was the site where the workers building the road to Milford Sound camped out while construction was underway. These days, Knobs Flat has its own campsite and accommodation, and is the last place on the Milford Sound route with flushing toilets. Besides offering travellers the final comfort stop on their journey, Knobs Flat is also a good place to walk around, admire a series of small glacially-carved hills, and catch a glimpse of the native wildlife in its natural habitat.

The 1.2-kilometre (0.75-mile) Homer Tunnel connects Milford Sound to its two closest townships, Te Anau and Queenstown. It was completed in 1954, after 19 years of construction – no road access to Milford Sound existed prior to this. The tunnel traverses New Zealand State Highway 94, piercing through the Darran Mountain range just below Homer Saddle and into Cledau Valley and the Hollyford River. Both the tunnel and saddle were named after William Henry Homer, one of the first people to discover and survey the area in 1889 and the first person to suggest that a tunnel should pass through it. 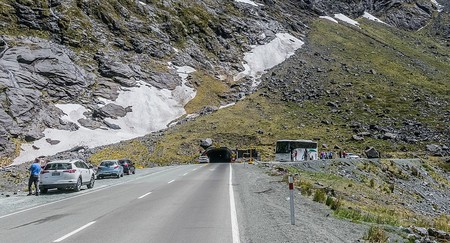 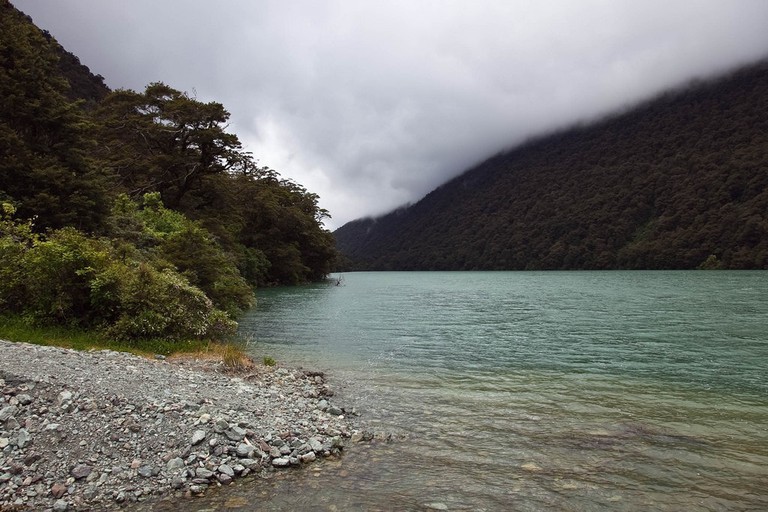 Lake Fergus sits adjacent to New Zealand State Highway 94, right within the boundary of Fiordland National Park. The small lake was discovered in 1889 by George Barber and William H. Homer, who decided to name it in honour of Thomas Fergus, the former Member of Parliament for the nearby Wakatipu electorate. Lake Fergus drains into Lake Gunn to the south and the west branch of the Eglinton River runs right through it. 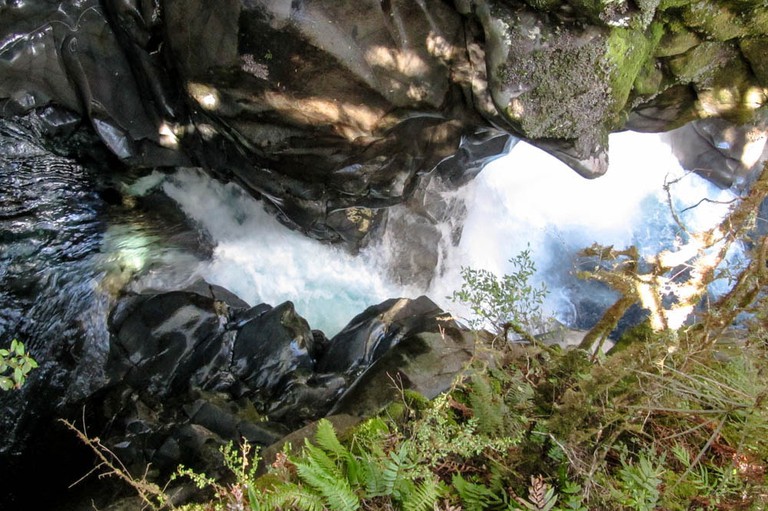 The Chasm is a series of dramatic waterfalls located right between Milford Sound and the Homer Tunnel. A short walk from the carpark will lead you to the two footbridges that provide the best views of this stunning force of nature. The falls were formed by the build-up of water as the Cleddau River flowed downstream from the Darran Mountains and meandered through a narrow rocky valley. In the process, small rocks scoured through the river and, over the centuries, the powerful currents sculpted them into distinctive swirling patterns and smoothed out basins. 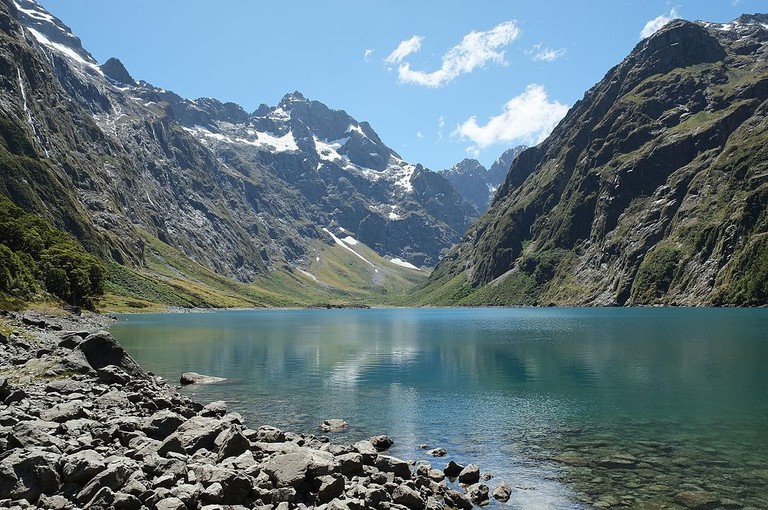 The alpine Lake Marian lies at the southern end of the Darran Mountains near Hollyford Valley. This is a good place to stretch your legs and get up close to nature. A three-hour return track will take you across a swing bridge before heading towards a spectacular showcase of waterfalls, later ascending to Lake Marian. The trail becomes quite steep after the bridge crossing and can be quite muddy in some places. As you climb across the bush line, the glistening glacial waters and surrounding mountain ranges will come into full view. 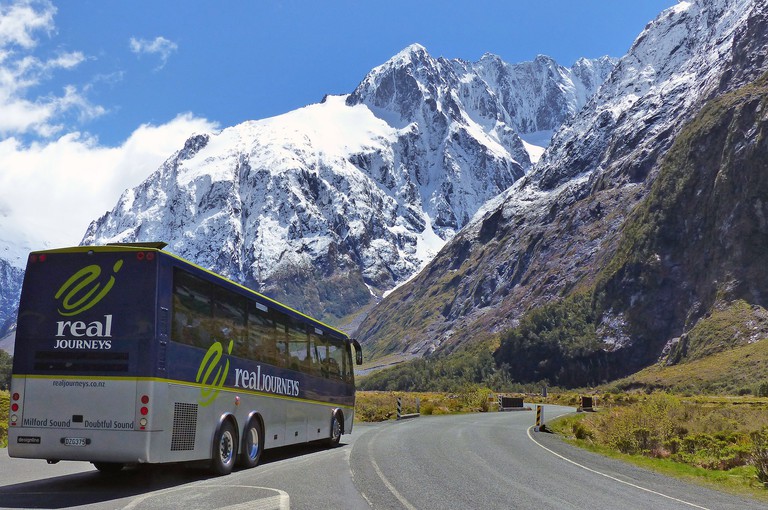 Remoteness is one of the most prominent qualities of the Hollyford Valley, which can only be accessed by travelling through Milford Road. The drive is definitely worth it for the extraordinary landscapes you’ll get to see: think glacially carved mountain peaks, lush riverside forests, and the wild coastal scenery of Martins Bay. There are several walking tracks in the vicinity, ranging from multi-day hikes to shorter day journeys that will give you a glimpse of the valley’s breathtaking waterfalls.

Nestled within the Hollyford Valley, Monkey Creek is a glacier-fed spring that’s quite famous for its pure waters – you can drink right from the source if you wanted to. The area has become a popular stopover for drivers and tour operators venturing into Milford Sound because of its beauty. William H. Homer was once again the person who picked the creek’s name – this time he decided to make a tribute to his beloved dog, Monkey. Besides being surrounded by mountains, the creek is also home to rare birds like the whio (a native blue duck) and New Zealand’s iconic alpine parrot, the kea. 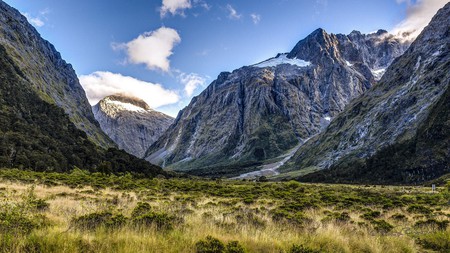